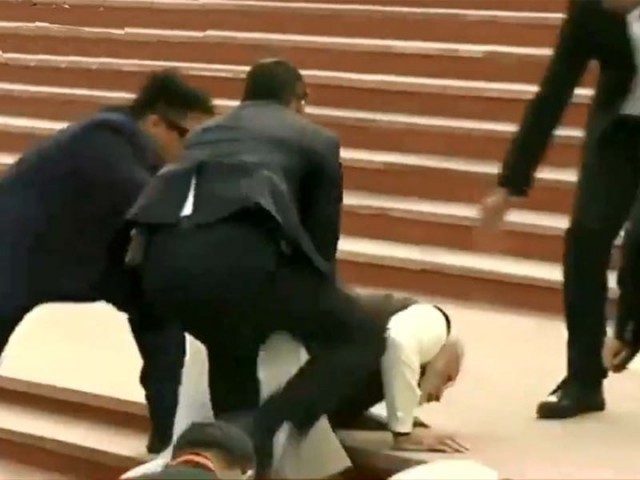 A video of Indian Prime Minister Narendra Modi slipping and falling while walking up the steps went viral on social media on Saturday.

The Indian premier was taking part in an event in Uttar Prardesh’s Kanpur city where he tripped over the stairs of Atal Ghat.

In the footage, Modi can be seen climbing the steps at a brisk pace, before tripping and falling.

What is common to Indian economy and PM Narendra Modi?

Both are falling like a house of cards. pic.twitter.com/dSyeAujKOp

Three men from his entourage then rush forward to help him get onto his feet.

The incident took place at the G20 conference in Argentina.

In the video, Emine can be seen standing next to Modi and they make eye contact. She, however, then looks away up to the sky leaving the Indian premier perplexed.