Some mills had been sellin­g govt wheat in open market, while others were supply­ing insuff­icient quanti­ties of flour
By Rizwan Asif
Published: December 13, 2019
Tweet Email 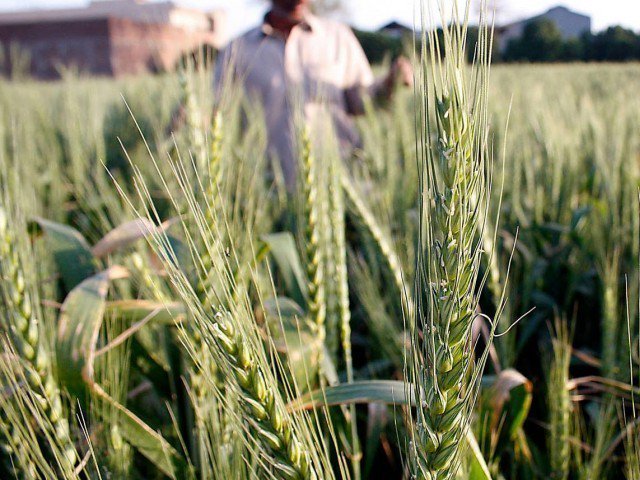 LAHORE: In a crackdown operation in the provincial capital, the food department has suspended the official wheat quota of seven flour mills involved in selling wheat in the open market instead of using the government wheat to prepare flour. Besides, some mills were also found to be involved in supplying insufficient quantities of flour for which the mill owners concerned have been issued show-cause notices.

The shortage of supply in the market has created a crisis as the demand for flour increases in the winter season. The food department, therefore, has decided to seek permission from the provincial cabinet to increase the total supply of official wheat to flour mills. Accordingly, the amount will be increased from four million tons to 4.5 million tons to ensure the consistent availability of flour and the stabilisation of fixed government price during the peak season. For the purpose, a summary of the decision to seek authorisation will be forwarded to the provincial cabinet soon.

Punjab is the only province in the country where flour is being sold at the prescribed rates set by the provincial government. In the other three provinces, prices ranging from Rs100 to Rs150 per bag are being overcharged from the public. According to details, Secretary Food Waqas Ali Mehmood and Director Food Wajid Ali Shah have set up a procedure to ensure 100 per cent grinding of the government wheat supplied to flour mills.

Per the practice, all flour mills are liable to provide their monthly electricity bill to the food department from which a comparison is drawn between the mills’ electricity consumption and the quantity of government wheat provided to them.

During an inspection carried out by the food department Lahore, it was revealed that the electricity bills provided by Afzal Flour Mills, Ramzan Flour Mills and Good Luck Flour Mills were not consistent with the amount of wheat that they have received from the food department. As a result, the official wheat quota of the three mills was suspended upon the directives of director food and show-cause notices were also issued.

The food department’s monitoring also revealed that the supply of flour from Al-Rai Flour Mills, Ali Hajvery Flour Mills, Qaisar Flour Mills and Barkat Flour Mills in the open market has been less than the agreed quantity. Consequently, their wheat quota was suspended and show-cause notices were issued to them as well.

Talking to The Express Tribune, the Provincial Minister for Food Sami Ullah Chaudhary said that Prime Minister Imran Khan and Chief Minister Sardar Usman Buzdar have paid special attention to the availability of flour in Punjab to keep prices stable.

“Owing to strict monitoring, Punjab has become the only province in Pakistan where standard flour is available to the public in large quantities at a fixed government price,” he said. “The Punjab government has fixed the price of a 20 kg bag at Rs808, while in some areas, the flour is also available at a price less than Rs800, which is due to the business competitiveness of the flour mills.”

He added that even though the government is supplying an abundant amount of flour to the masses, it has ensured that a strict scrutiny system is in place so that people do not engage in embezzlement and official wheat is not sold illegally.

CCPO brags ‘no failure in protection of PIC’