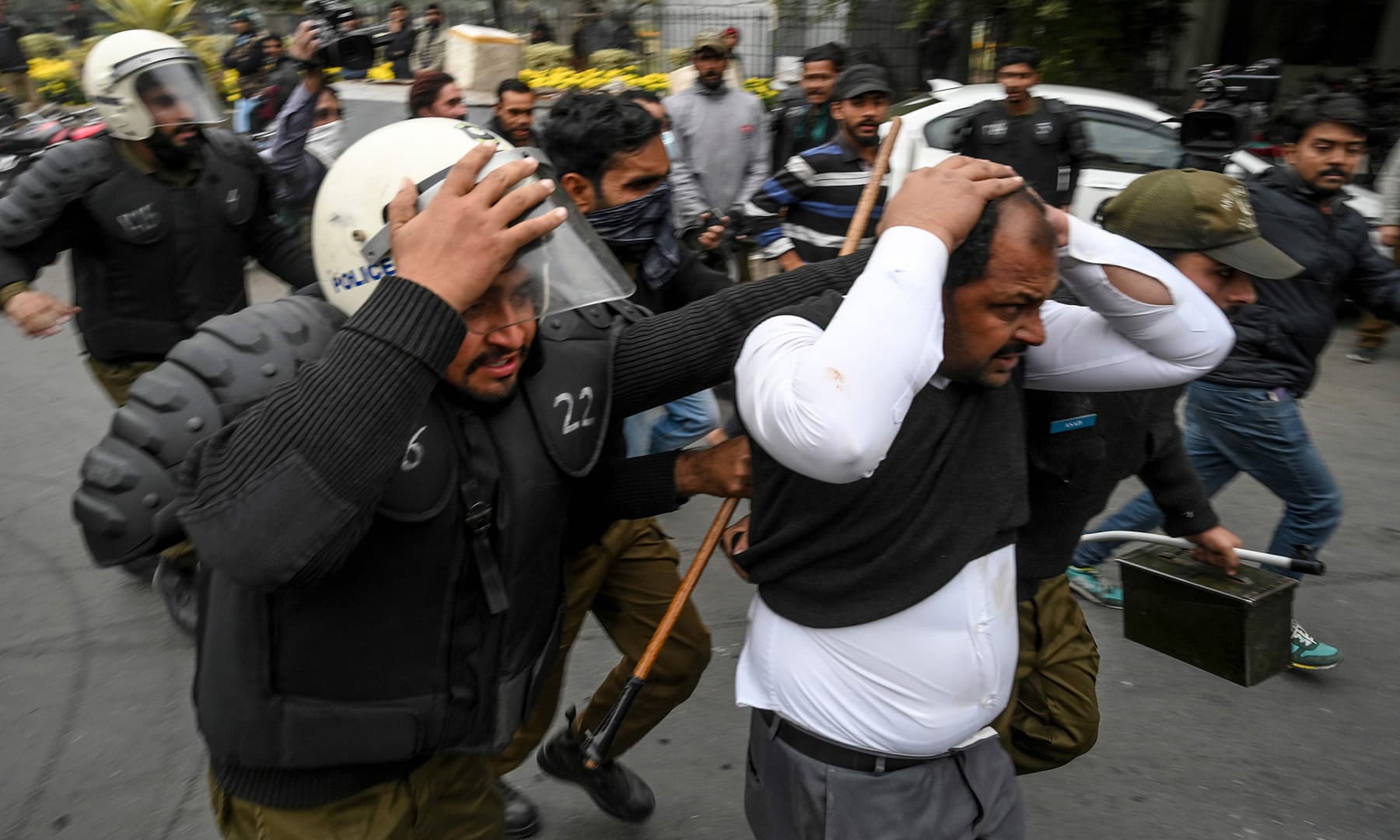 Policemen detain a lawyer (R) following a clash between lawyers and doctors in Lahore on Wednesday. — AFP

LAHORE: A day after the Punjab Institute of Cardiology was attacked by members of the legal fraternity, at least 52 lawyers were presented before an anti-terrorism court in Lahore on Thursday.

The accused were brought to court under heavy security to avoid any untoward incident. A large presence of law enforcers were also deployed on the prison van’s route and around the court premises.

Earlier in the day, an FIR of the incident was registered in the Shadman Police Station under the anti-terrorism act and other charges including unlawful assembly.

A separate FIR, filed by Inspector Intikhab Hussain, called for booking lawyers under terrorism charges for setting a police van on fire.

More than 200 lawyers stormed and ransacked the PIC to avenge what they said was an assault by doctors there on a fellow advocate. At least three patients died during the mob attack.

The rampaging lawyers thrashed medical staff and attendants, and vandalised the hospital. The mob also roughed up provincial information minister Fayaz-ul-Hasan Chauhan when he got to the scene and tried to negotiate with the lawyers.

Prime Minister Imran Khan’s office launched an investigation into the incident. “It is a shame that some people would go and attack a hospital,” his spokesperson Nadeem Afzal Chan said.

Meanwhile, the Punjab government pledged not to spare the lawyers involved in the attack, saying that it would not give in to pressure from bar associations to withdraw the cases registered against the rioters.