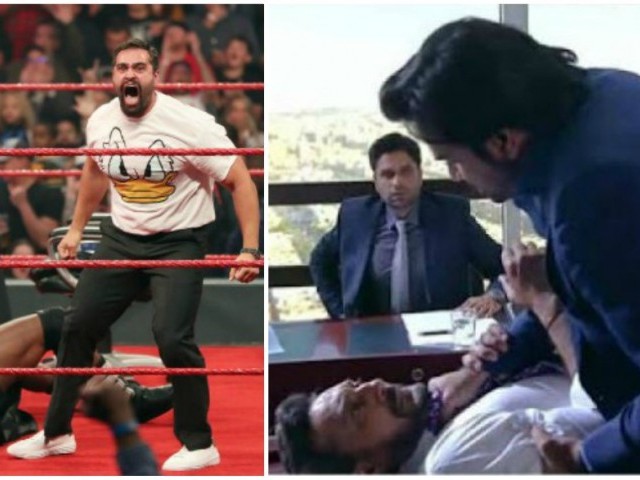 KARACHI: Mere Paas Tum Ho aired its 17th episode just last weekend that saw the tables finally turn on Mehwish and Shehwar. Coincidently WWE Monday Night RAW that is running its own infidelity fueled storyline also saw the heartbroken babyface (the term for protagonist in professional wrestling) gain an upper hand over his cheating spouse and her lover just five days before. While it would be a stretch to assume that Khalilur Rehman Qamar and Vince McMahon are exchanging notes, the two angles are well-timed with one another.

For those of you who haven’t followed the show, Mere Paas Tum Ho is Pakistan’s latest obsession second only to Nawaz Sharif’s platelet count. Even if one hasn’t watched the serial, it’s hard not to be up to date with it considering the meme culture it has inspired. 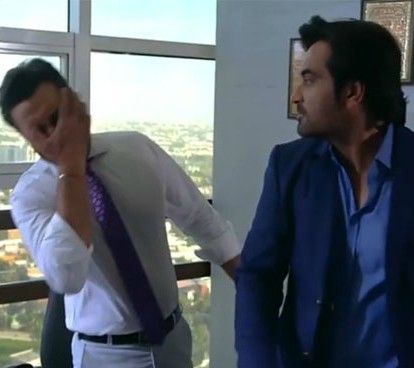 The plot is about an unfaithful wife, a broken man and a wealthy jerk, who wrecks marriages as a hobby. Humayun Saeed plays Danish, a government officer with a strict moral code who will do anything for his wife except breaking a rule here and there, get some money and fulfill her needs. Ayeza Khan plays Mehwish, Danish’s college sweetheart-turned-wife who aspires for the finer things in life. Adnan Siddique plays the antagonist Shehwar, a rich industrialist who perhaps views the film ‘Indecent Proposal’ as a documentary.

Much like most Pakistani TV serials, the show started out slow, with Mehwish’s dissatisfaction from her marriage only hinted at. Halfway through the narrative, the show picked up pace with Mehwish beginning a not-so-steamy affair with Shehvar (courtesy PEMRA) that subsequently leaves a tattered and heartbroken Danish. 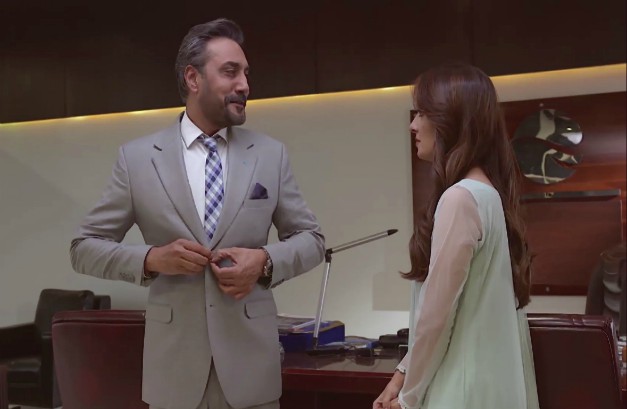 Nearly after a month, Mere Paas Tum Ho aired its first episode; WWE saw the return of a popular babyface Rusev that fits the role of the Eastern European brute archetype.

However, this time around, he wasn’t accompanied by both real and storyline wife Lana. Contrary to Mere Paas Tum Ho, WWE cut right to the brass tracks with Lana on the same episode of Monday Night RAW sharing a passionate kiss with the heel (pro-wrestling term for a villain) Bobby Lashley.

The rationale for both Lana and Mehwish for leaving their husbands is essentially the same. Both believe that the strict moral code of their respective husbands is getting in the way of living their best lives. In Rusev’s case, Lana argues that the former gives his family more priority and should instead be focused on her luxuries. As such the two damsels turn vicious and go on to find a partner that can fulfill their desires and wishes.

Thus, the ride of humiliation begins for both Danish and Rusev. Danish struggles immensely after his wife finally leaves him for Shehwar with the latter even offering him money as a price. Meanwhile, Rusev looking for blood is unable to get his revenge falling victim to a series of sneak attacks by his wife and Lashley. When he eventually gets an upper hand for a brief moment at Lashley, Lana outsmarts him by filling multiple restraining orders against Rusev that allows Lashley to deliver more beat downs.

Danish while heartbroken finds solace in the fact that his son Roomi is still with him. However, Shehwar at the request of Mehwish tries to take him away as well. Danish eventually snaps and this and delivers a physical beat down on Shehwar giving him the slap that resulted in meme-makers across Pakistan having a field day.

Just two days after the episode Rusev finally got his revenge as he gave Lashley a much-deserving beat down. The cops who were otherwise supposed to uphold the restraining order decided to arrest Lashley and Lana after they provoked him. It seems that things are looking good for both protagonists with Danish becoming wealthy all of a sudden and Rusev giving Lashley another beat down at his in-ring divorce ceremony with Lana. 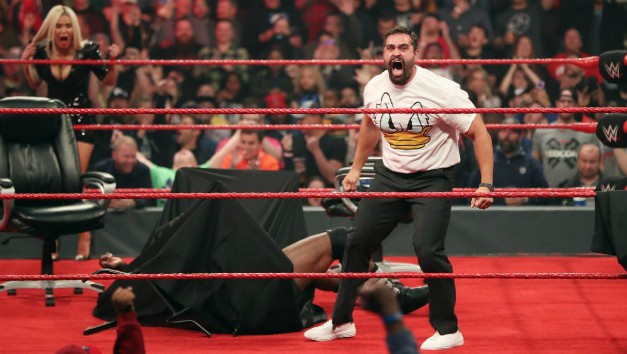 While Mere Paas Tum Ho has garnered a positive response from the core drama audience, WWE fans seem to loathe the current storyline. According to dirt sheets, WWE is still going on with it despite the backlash because the clips of the storyline are generating whopping numbers online.

Unfaithful spouses are perhaps the most overused trope in Pakistan TV serials and WWE. Maat a drama that stars Adnan Siddique as the heartbroken-husband saw his wife played by Saba Qamar leave him for his friend and business partner. Similarly, back in 2005, WWE decided to turn a real situation of infidelity into a storyline with decorated women’s champion Lita leaving her boyfriend Matt Hardy for his real-life best friend Edge.

Since WWE went PG in 2010 love triangles are seldom used, with the current angle between Rusev and Lashley being the second one in the last decade. However, generally, TV serials and WWE storylines seem to follow the same trajectory albeit at a different pace due to format differences.

Typically, in wrestling one sees the babyface getting beat down and humiliated for weeks and eventually getting his revenge at a PPV much to the delight of the fans. In dramas up until the mid-story, one sees the positive characters going through distress with the villains managing to keep the upper hand. However, after that, we witness the downfall of all the villains while the protagonists see their lives get better both financially and emotionally.