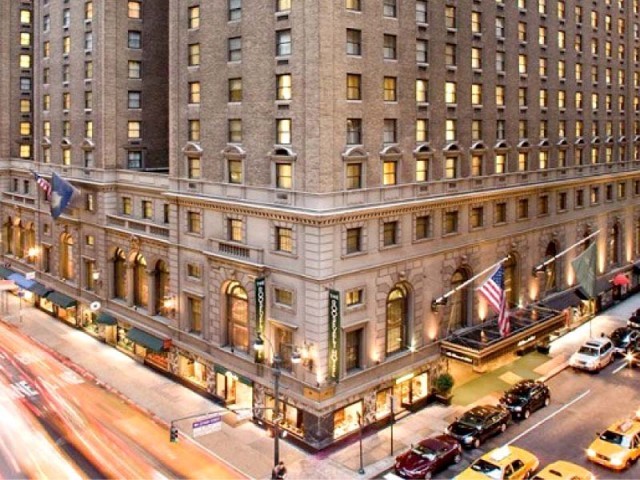 It was clarified in a cabinet meeting that the privatisation of Roosevelt Hotel had been under discussion for quite a long time and a task force had been formed. PHOTO: FILE

ISLAMABAD: The Aviation Division has voiced concern that it has not been taken on board over the planned privatisation of assets owned by Pakistan International Airlines Investment Limited (PIAIL) which include Roosevelt Hotel and Scribe Hotel.

PIAIL-owned Roosevelt Hotel in New York and Scribe Hotel in Paris have been renovated in the recent past, are managed professionally and are benefiting from a favourable business environment.

Many previous governments had tried to sell PIAIL assets but encountered criticism for selling profitable business and could not press ahead with their plans.

The current government of Pakistan Tehreek-e-Insaf (PTI) has also started work on selling PIAIL assets, which are located in prime locations in New York and Paris.

In order to execute the plan, the Cabinet Committee on Privatisation (CCOP) approved the sale of PIAIL-owned assets in a meeting held in November. The matter was then tabled before the cabinet for ratification.

However, during the cabinet meeting, the Aviation Division pointed out that it had not been consulted on the planned privatisation of PIAIL assets and a summary in that regard was shared only in the morning before a meeting of the Economic Coordination Committee (ECC).

It was clarified that the privatisation of Roosevelt Hotel had been under discussion for quite a long time and a task force, headed by the minister for privatisation, also included the aviation secretary as its member.

It was emphasised that the request for privatisation of PIAIL-owned assets needed to be amended as suggested by the privatisation minister.

A cabinet member told the meeting that in line with a cabinet decision taken on March 7, 2019, the Earthquake Reconstruction and Rehabilitation Authority (Erra) had identified its 17 properties and the Commerce Division had pointed to one asset management company for privatisation.

However now, when financial advisers had been hired, both organisations were requesting for the delisting of their properties, but it was not tenable, the cabinet member said. The Cabinet Committee on Privatisation, which met on November 15, had asked the cabinet to approve the transaction structure for the privatisation of SME Bank and delisting of 18 properties out of the list of 32 properties identified for privatisation. It also requested the sale of PIAIL assets.

After detailed discussions, the cabinet ratified the transaction structure for the privatisation of SME Bank and delisting of 18 identified properties.