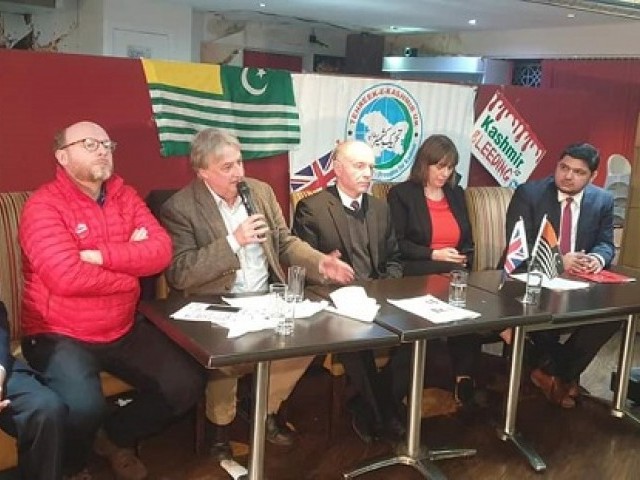 LONDON: British parliamentarians have urged Indian Prime Minister Narendra Modi to end the four-month-long clampdown in occupied Kashmir and allow its people to exercise their right to self-determination.

“You [Narendra Modi] will have to give the right of self-determination to the people of Kashmir, You have to give them their rights. You have to end the curfew and lockdown,” the lawmakers were quoted as saying at a Kashmir seminar on the International Day of Human Rights organised by the Tehreek-e-Kashmir (TeK) UK chapter in Birmingham.

“First of all we have to recognise the fact that the Kashmir dispute is not a common ground issue, it is a nuclear flashpoint between the two nuclear forces,” one of the MPs said.

Speaking on the occasion, TeK President Raja Fahim Kayani said the aim of this conference is to draw the world’s attention towards the continuing lockdown in IOK, which has been in place since August 5 when New Delhi revoked the autonomous status of its only Muslim majority region.

“Unfortunately, the United Nations have failed to stop human rights violations in Indian Occupied Kashmir committed by the Indian army,” he added.

People of Kashmir are being punished by the occupation forces for demanding their right to self-determination, said Kiyani, adding that the Kashmir dispute is the longest unresolved issue in the United Nations.

The UN Security Council has passed more than 11 resolutions on the dispute, he also said.