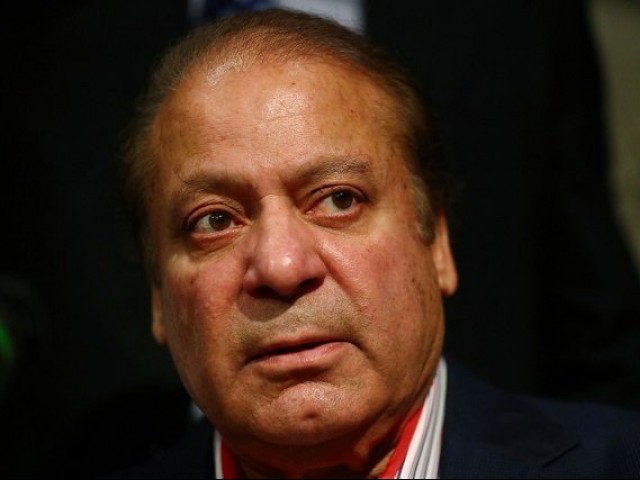 ISLAMABAD: The beleaguered Sharif family, which has been dogged by a slew of corruption cases, appears to be receiving no more relief from the government, which has hardened its stance after the recent uptick in the PML-N’s anti-government rhetoric.

With little over a fortnight remaining in the return of ailing former prime minister Nawaz Sharif from London, the government has decided to approach the apex court to ensure he comes back at the expiration of his bail term.

Nawaz Sharif, who is serving a seven-year jail term in a graft case, was allowed by the Lahore High Court on November 16 to travel abroad for four weeks to seek treatment for his undiagnosed medical conditions. Subsequently, he was flown to London in an air ambulance.

According to sources, the prime minister said Nawaz’s bail was due to expire in two weeks. “A petition should be filed [in the Supreme Court] to ensure Nawaz returns by the expiration of his bail term,” sources quoted him as saying.

The cabinet was informed that the Pakistani High Commission in London had not received any medical report of Nawaz.

When PML-N Vice President Maryam Nawaz’s request for permission to travel to London came up for discussion, the cabinet members unanimously opposed it.

On Monday, the LHC directed the interior ministry to decide within seven days Maryam’s request for removal of her name from the no-fly list as she wanted to travel to London to see her ailing father.

During the cabinet meeting, the law minister said the government would decide Maryam’s request after receiving the court’s decision through the attorney general.

Briefing the media after the cabinet meeting, Firdous Ashiq Awan, the special assistant to PM on information and broadcasting, said the government could not allow Maryam to fly abroad without “concrete reasons”.

“Why does she need to visit her ailing father in London when all of her relatives, including her siblings, are there to take care of him,” she added.

Firdous hinted that the government was not willing to waive Maryam’s travel ban over “weak grounds”, though her application was under consideration of the cabinet’s subcommittee. “The law minister apprised the cabinet that there is no law which allows convicts to travel abroad to visit their ailing relatives,” she added.

On the matter of inflated electricity bills, Minister for Communications Murad Saeed and Minister for Energy Omar Ayub engaged in a heated argument. Saeed said, “The energy ministry does not care that the common man is heavily burdened by overbilling.”

Saeed also raised questions over the statistics regarding recovery of dues, saying that despite the recovery, “the common man is not getting any benefit”.

Federal Minister for Railways Sheikh Rashid Ahmed stepped in. He cautioned that the masses had sacrificed a lot. “If additional burden is put on them, we will face difficulties.”

Firdous said the cabinet expressed dissatisfaction over the performance of the Competition Commission of Pakistan (CCP) and issued directives to take concrete steps for ensuring food security in the country as well as bringing to book the hoarders and profiteering cartels.

“The prime minister has summoned CCP high-ups for a briefing on hoarding of flour and sugar and its role in controlling this practice,” said Firdous, adding that the cabinet was informed that most of the laws related to food security were obsolete and there was no harmony between the Federation and the provinces in this regard.

The adviser said the prime minister observed that the CCP had failed in its role to ensure food security and issued directives with a time-line for its reforms and empowerment, adding that the law ministry was directed to pursue cases of stay orders by edible items mill cartels.

She said the cabinet also requested the superior judiciary to decide such cases on priority as they were related to the public interest.

Firdous said that the PM also expressed displeasure over the vacant slot of a member of the CCP tribunal, which was hampering its functioning and called for filling the post at the earliest.

She said the cabinet constituted a committee, headed by Dr Ishrat Hussain, to amend food security laws in the country, adding that the committee would present its report in one month which would be approved by the cabinet as food security policy to get rid of the elements involved in hoarding and adulteration of edible items.

During a briefing by Water and Power Division, she said, the cabinet was informed that when the PTI government came to power, circular debt was very high which was brought down by this government.

The cabinet was informed that Rs242 billion subsidy was given to protect consumers using up to 300 electricity units from fuel adjustment affects, she said, adding that the industrial sector was given Rs29 billion subsidy while the agriculture sector Rs100 billion.

She said that the PM also directed the Water and Power Division to bring the summary of fixed billing for tube-well farmers in the next meeting.

The cabinet also asked the division to take steps for redressing consumers’ reservations about tampering of meters by Discos employees which resulted in additional burden on consumers.

The cabinet appreciated the performance of the Water and Power Division in controlling line losses and taking steps to introduce a regulatory mechanisms in Discos.

She said that the Oil and Gas Division informed the cabinet that it inherited the Rs181 billion deficit due to bad policies of the previous government but it formulated a structural plan to save the consumers from major increase in gas bills.

She said the cabinet was informed that Rs10 billion subsidy was given to the fertilizer industry to ensure stability in the prices of fertilisers.

“The domestic consumers were given Rs19 billion subsidy last year whereas the estimate of the subsidy for the ongoing year is Rs30 billion,” said Firdous.

“The Oil and Gas Division has been directed to activate its redundant meter-manufacturing industry to reduce the extra cost of gas meters, bought from the market.”