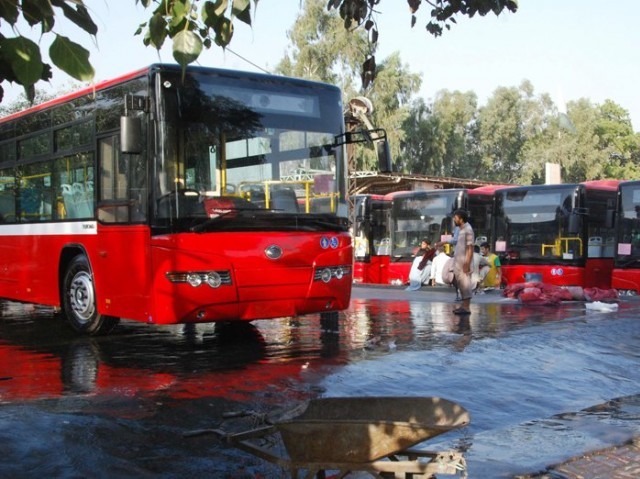 LAHORE: The first infrastructure project under the China-Pakistan Economic Corridor (CPEC), the Lahore Orange Line Metro Train (OLMT), has formally been inaugurated for a trial run.

Punjab Minister for Transport Jahanzeb Khan Khitchi underscores that the OLMT project does not belong to any political personality or party. It is a project of the people of Punjab which symbolises Pak-China friendship.

Addressing the project’s infrastructure completion ceremony on Tuesday, Khitchi highlighted that it was the first project in the transport sector which will be completed under the CPEC and it was a magnificent gift of China for Lahorites. He said it was a joint venture project of the Punjab government and China which was about to open its doors to the public. “It is completely an environment-friendly transport system as per the clean and green vision of Prime Minister Imran Khan,” he maintained.

The minister further highlighted that the OLMT project has the capacity to transport around a quarter a million commuters on a daily basis. It will save around Rs15 billion annually under the head of passenger travel time and vehicle operations.

He said the Pakistan Tehreek-e-Insaf (PTI) government had considered it as its duty to complete the project at the earliest to alleviate public transport problems.

After hectic and continuous efforts, the infrastructure of the project has been completed and trial run of the country’s first modern mass transit system has been started, he said and added that it was happening for the first time in Pakistan that government of the day instead of halting project of previous government had completed their project. “It is a living example of political tolerance,” he underlined.

He highlighted that the physical infrastructure of the project has been completed and now the testing process of breaks, alignment, signal and other technical tests will be conducted after which train will be fully operational for masses.

Earlier, Khitchi unveiled the inaugural plaque at Ali Town formally and opened the OLMT project. Transport minister along with various members of the provincial assembly, senior Pakistani and Chinese officials, project contractors and media representatives boarded on the metro train and travelled from Dera Gujjran to Ali Town.

The OLMT project is a part of this broader vision and the following start of its commercial operation it will dramatically reduce the traffic burden on roads along the metro train route, which helps the country to cut expensive oil imports.

The number of trains is 27 and each train has five coaches of 20 metres long with 60 seats besides standing capacity for 800 passengers. The public address system is installed for the convenience of the passengers.

The doors of the electric train are fully automatic and installed at the platform to ensure the double safety of the passengers.

This train will complete 27 kilometres distance from Ali Town to Dera Gujran in 45 minutes. It will pass through the congested areas of the city where more than 250,000 passengers daily travel.

Speaking to The Express Tribune, a senior PMA official highlighted that the authority has the vision to provide reliable and comfortable public transport facilities to all citizens in just 500-metre range from their place of work or residence.