It is estima­ted that Pakist­an is now home to over 500 privat­e armies
By Naeem Sadiq
Published: December 11, 2019
Tweet Email 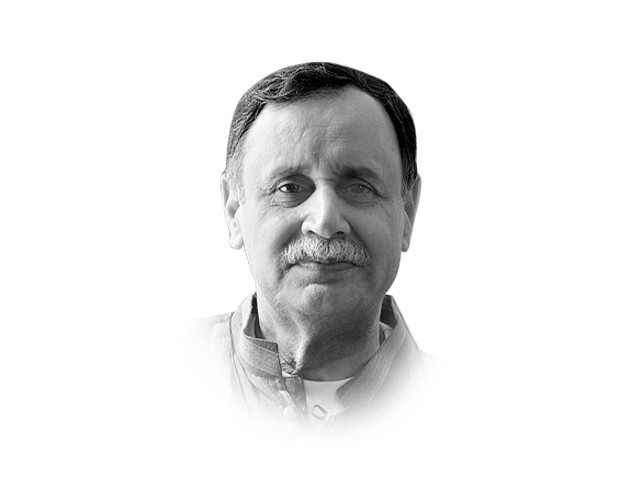 The writer is a health, safety and environment consultant. He tweets @saynotoweapons

A private army, or militia, is a military or paramilitary force made of armed combatants who serve a private person, group, or organisation instead the state. A private army is born when an individual or organisation — be it a landlord, tribal chief, criminal group, extremist, mafia or a member of the rich powerful elite — employs even one person with a weapon. Private armies are almost always formed by individuals or organisations to protect their interests, conduct unlawful activities, or to forcibly impose their views on others.

One must begin with the basics. It is well recognised that it is the constitutional responsibility of the state to protect the life and property of all citizens, and that this responsibility cannot be sublet to “prohibited bore gun-brandishing” individuals, private militias or private security agencies. It is estimated that Pakistan is now home to over 500 private armies and the number of privately-owned guns by civilians has risen from 18 million in 2007 to 44 million in 2017. The state and the elite of Pakistan are too reluctant to ask such basic questions as to who these people are and their reasons behind these millions of private weapons and private armies.

It is important to understand two aspects of this deadly disease. Firstly, how does a state consciously or unknowingly become the patron-in-chief for weapons and private armies? Secondly, how a country’s rich and powerful elite are the real cause of the spread of weapons and ownership of private armies. A few recent events may well explain these phenomena.

In December 2017, the interim government placed a ban on the issuance of all weapon licences and declared that individuals holding prohibited bore weapons should either surrender or downgrade their weapons within 30 days. Having issued this excellent notification, the government stepped back from implementing these actions while the rich and powerful managed to obtain stay orders from the court.

In December 2018, under pressure from the gun-craving parliamentarians, the new government lifted the ban on the issuance of non-prohibited bore arms licences and cancelled the 2017 notification that called for an end to the possession of automatic weapons.

The ruling elite’s greed for weapons and militancy is simply insatiable. Come August 2019 and the government issued another highly discriminatory SRO to allow the president, PM, chairman Senate, speaker NA, governors, judges, CMs, ministers and senior bureaucrats to obtain prohibited bore arms licences. This SRO was a de facto declaration that the rich and the powerful were now allowed by the law to possess prohibited bore weapons (an oxymoron) and form private armies. Not to be left behind, the Sindh government, a few months later, also lifted the ban on the issuance of arms licences.

Countries like Bangladesh, Malaysia and Korea — having understood the link between weapons, crime, tolerance and governance — have not just controlled but also reduced the number of civilian-owned weapons in the last decade. Pakistan, sadly, has added an extra 26 million guns since 2007. We learnt nothing from the Army Public School tragedy, we forgot the de-weaponisation resolve of Radd-ul-Fasaad and we also ignored the Supreme Court’s de-weaponisation call in its judgement of suo motu case 16 of 2011.

Pakistan must declare the possession of arms as the exclusive domain of the state and ban all citizens, regardless of their status, to possess, carry or display any weapons. In compliance with Article 256 of the Constitution, Pakistan must disband and eliminate all private armies regardless of their size or patrons. It must ban the issuance of new arms licences and declare the already issued licences void. The state must demand individuals to surrender all illegal weapons or face harsh consequences. For all previously licenced weapons, a well thought-out weapon buy-back programme ought to be implemented. While not entirely comfortable for some, these steps may be the only way for Pakistan to become a crime-free, peaceful and tolerant society.

In a just world