The war of words has now moved from hip hop to social media
By Entertainment Desk
Published: December 11, 2019
Tweet Email 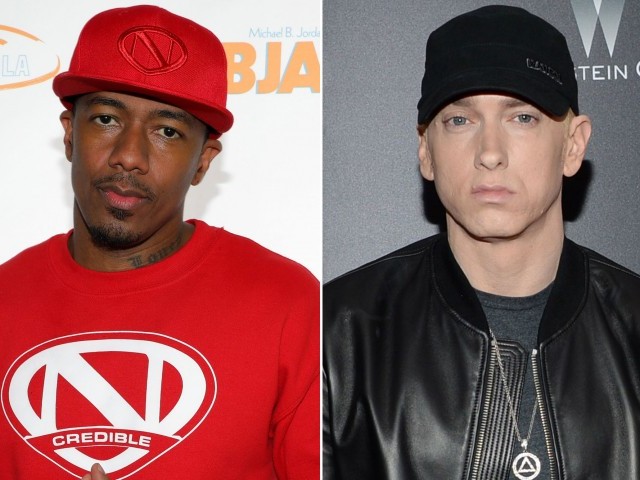 Nick Cannon and Eminem seemed to have reignited their decade long feud with both exchanging diss tracks over the past weekend. Eminem took the first shot, roasting Nick Canon and Mariah Carey in a verse on Fat Joe’s new song Lord Above released on Friday.

Nick was quick to respond, coming out with a song called The Invitation on Monday in which he takes direct aim at the Detroit based rapper.

The war of words between the two is far from over with both trading insults over social media subsequently. “U mad bro? Stop lying on my d—. I never even had a chauffeur, you bougie f—,” Eminem tweeted soon after The Invitation was released. “I demand an apology Nicholas, you’ve made my gardener so jealous!” he said in another tweet.

U mad bro? Stop lying on my dick. I never even had a chauffeur, you bougie f*ck.

Nick has since gone Instagram and invited Eminem on his show Wild N Out to settle their differences. “@Eminem I see your handlers let you use the internet today Marshall! @mtvwildnout We waiting,”

@Eminem I see your handlers let you use the internet today Marshall! @mtvwildnout We waiting… ⏳

On the song Lord Above Eminem had essentially called out Nick’s relationship with Mariah Carey describing the former as ‘neutered’ and the latter as a ‘nut job’. Nick meanwhile in his track goes a full distance in which he insinuated the he in collusion with Fat Joe had setup Eminem all along.  “I called Joe to set you up and you fell for the ob,” Cannon rapped. He went on to involve Eminem’s family in the diss track calling out his daughter Halie, and his ex- Kimberly. , “Call Kim, somebody get Hailie,/ And that other kid you raisin’, that ain’t even your baby,” the song goes.

Eminem first feuded with Nick Canon back in 2009, following the latter’s marriage to Mariah Carey.  Eminem had released the track Bagpipes from Baghdad  in which he took aim at the newly wedded couple. Mariah meanwhile had responded with the track Obsessed  while Nick had addressed the situation in a personal blog. Eminem went on to release the track The Warning in which he threatened to expose evidence relating to a relationship between the two that Mariah had denied.