'From make in India, country heading to rape in India'

'From make in India, country heading to rape in India' 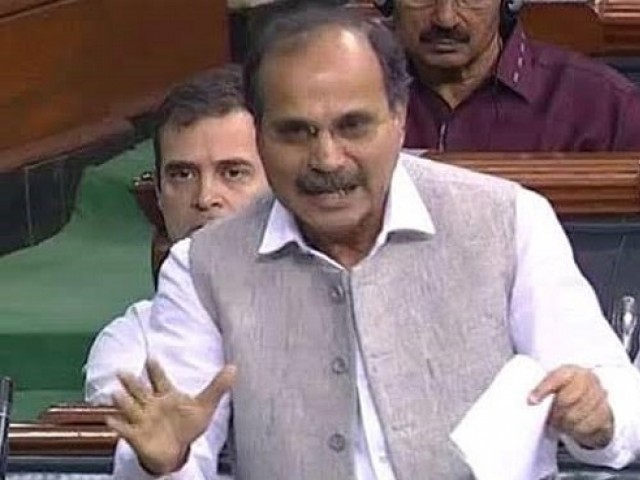 Amid a spree of brutal crimes against women – such as the gang-rape and murder of a 26-year-old woman in Telangana and the burning of a young rape survivor in Uttar Pradesh – the Congress’s Adhir Ranjan Chowdhury took a controversial swipe at Prime Minister Narendra Modi and his “Make in India” slogan.

The leader of his party in the lower House or Lok Sabha, Chowdhury hit out at PM Modi for his silence on the issue of women’s safety and said: “From ‘Make in India’, India is slowly heading towards ‘Rape in India'”.

Chowdhury, who was earlier part of a heated and vociferous opposition protest against the Citizenship (Amendment) Bill, claimed there were more than 100 instances of rape in the country every day and criticised the Modi government for its inaction.

“Unfortunate that prime minister, who speaks on everything, is silent on this issue [of crimes against women]. From ‘Make in India’, India is slowly heading towards ‘Rape in India,” he said.

Chowdhury was referring to 2016 data from the National Crime Records Bureau that states there 38,947 cases of rape registered that year, averaging to 106.7 cases per day.

His attack on the prime minister follows that by party leader Rahul Gandhi, who said on Monday that “India has become the rape capital of the world”.

“Women and farmers are being targeted with bullets. Women cannot step out from their houses without fear,” Mr Gandhi said at an election rally in Jharkhand.

The subject of women’s safety, including the speedy disposal of rape cases and effective implementation of existing laws, as well as debates on capital punishment for rapists, has been front and centre in recent weeks.

The gang-rape and murder of a woman veterinarian in Telangana – she was strangled and her body was burnt alive in a cold-blooded crime – shocked the nation and sparked furious protests in civil society and within parliament, where MPs drew parallels to the gruesome rape and murder in Delhi seven years ago and demanded the death penalty for the rapists.

The events in Telangana were followed by a spate of similar crimes from across the country, including the burning alive of a woman in UP’s Unnao district; she was on her way to court to testify against her rapists, one of whom had been released on bail a week earlier.

Delhi Commission for Women (DCW) chief Swati Maliwal, who last week led a protest in the national capital, has written to the Prime Minister on the “deteriorating situation of women’s safety in the country” and targeted the Uttar Pradesh government – where the PM Modi’s BJP is in power particularly.

A survey conducted by the Thomson Reuters Foundation earlier this year ranked India as the world’s most dangerous country for women, ahead of Afghanistan, Syria and Saudi Arabia.