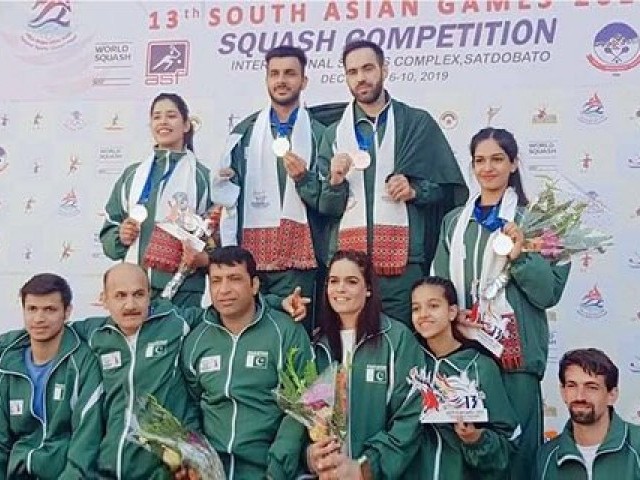 Pakistan bagged a last-gasp gold medal to end their 2019 South Asian Games on a high as a three-membered team beat India in squash’s team event on Tuesday.

The South Asian Games concluded with India on top, while hosts Nepal were second on the table.

Third place Sri Lanka was followed by Pakistan as the latter bagged 132 medals which included 32 gold, 41 silver and 59 bronze medals.

Pakistani government sponsored 269 athletes for the Games, while hosts Nepal had the biggest contingent of 596 athletes.

Table toppers India had sent 470 athletes, while Sri Lanka had fielded 564 athletes in the Games.

Pakistan edge ahead on day one in Rawalpindi Test