Bloomberg at UN climate talks to push for US action

Bloomberg at UN climate talks to push for US action 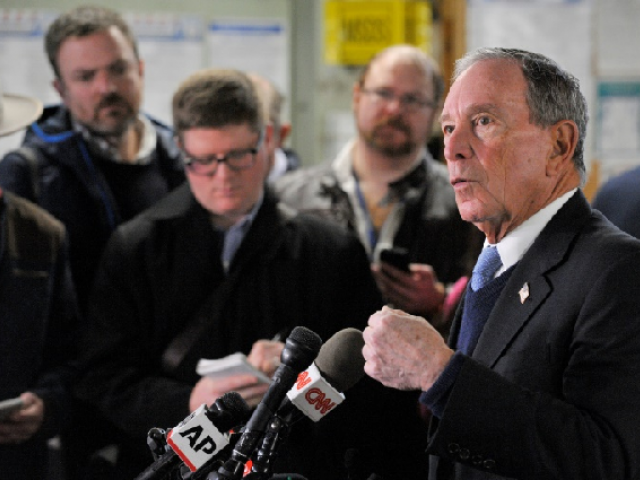 MADRID: American presidential hopeful Michael Bloomberg will attend UN climate talks in Madrid Tuesday with the message that the United States (US) is “still in” the fight against global warming despite its looming withdrawal from the world’s climate plan.

The billionaire, aiming to become the Democratic presidential candidate for next year’s vote, will unveil findings by a research group he funds suggesting that a president who prioritises climate reforms could reduce US emissions by 49 per cent by 2030.

This would put the largest historic emitter on track to meet its current obligations under the 2015 Paris accord, irrespective of Donald Trump’s decision to remove the US from the landmark deal.

Bloomberg will appear alongside Hollywood icon Harrison Ford and United Nations officials at the COP25 talks, currently in their second week.

“Despite Trump backing out of the Paris Agreement, climate progress is happening in the US thanks to bold action from cities, states, & businesses,” he tweeted.

“Tomorrow, I’ll represent the US at #COP25 to deliver our America’s Pledge report showing how far we’ve come.”

Nations are locked in crunch negotiations over how to deliver on pledges in the Paris agreement to drastically reduce emissions to keep global temperature increases to “well below” two degrees Celsius.

Former US President Barack Obama played a key role in pushing through the Paris pact.

But Trump has since signalled his intent to withdraw from the deal, although the United States will still be part of the UN climate change process.

Congressional leader Nancy Pelosi told delegates at the start of the Madrid talks last week that the world could still count on Americans to fight global warming.

Bloomberg is poised to run as a centrist and analysts suspect that he could eat into support enjoyed by fellow moderate Joe Biden.

Bloomberg is prioritising the climate in his election bid, and the study from his think tank draws a clear line in the sand between himself and Trump on the fate of the planet.

Climate change experts quoted in the report, from the University of Maryland and the Rocky Mountain Institute, estimate the United States is presently set to reduce emissions by 25 per cent by 2030 if sub-federal climate ambitions remain at their current levels.

It said the best case scenario would, however, be the election of a Democrat to the White House as well as a congressional majority to bring the energy and auto sectors in line to set the US on track to carbon neutrality by 2050.