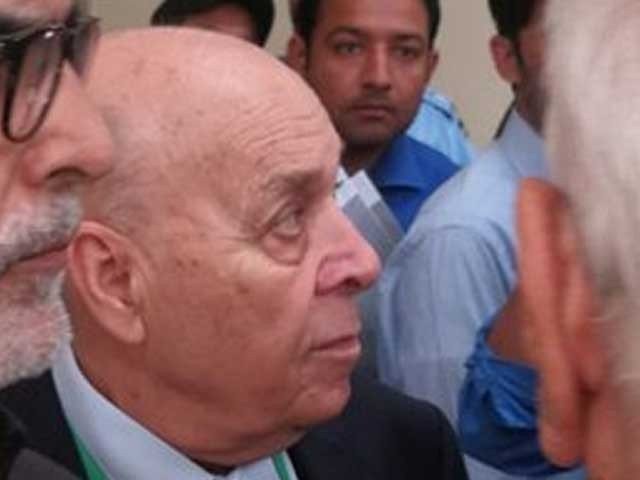 ISLAMABAD: The National Accountability Bureau (NAB), Rawalpindi has filed another reference against the Omni Group in the fake bank accounts case for extending fraudulent finance facilities of Rs1.84 billion to its benami companies, which caused colossal losses to the Sindh Bank and the national exchequer.

A detailed investigation into the case revealed that a meeting was held among the top brass of the Sindh Bank and the Summit Bank Ltd in 2016 wherein a plan was chalked out to obtain fraudulent finance facilities in the names of dummy directors (Omni Group employees and Muhammad Younus Kodwavi) for meeting capital requirements of Summit Bank Limited.

It transpired during the investigation that the fraudulent finance facilities were routed through fake bank accounts and injected in the equity of Summit Bank Limited.

The investigation also divulged that the accused bank officials in collusion and collaboration with accused Majeed and Lawai misused their respective authorities by deceitfully creating different groups within Omni Group and fraudulently extending multiple finance facilities in gross violation of prudential regulations of the State Bank of Pakistan.

Of the total loan portfolio of Rs87.194 billion, the Sindh Bank extended finance facilities of Rs29.280 billion to various companies of the Omni Group whereas its equity was Rs16.067 billion and as per SBP’s regulations it was allowed to extend loans of Rs4 billion to one group only.

It is also pertinent to note that of the said finance facilities of Rs29.280 billion, an amount of Rs25.54 billion is still outstanding against the Omni Group, causing losses to the Sindh Bank and the national exchequer.

Investigation and forensic analysis of digital devices recovered from the main accused — former Sindh Bank president Bilal Sheikh– revealed that he was running the affairs of the bank on the directions and instruction of accused Majeed and made all efforts to extend undue benefit to the Omni Group, coupled with facilitating in money laundering.

Accused Sheikh and Ahsan, the former presidents of Sindh Bank Ltd and accused Syed Nadeem Altaf, the former head of credit department of the Sindh Bank, were arrested in the case and after completion of physical remand, the accused persons were sent to judicial custody.

However, during the course of investigation/interrogation, an accused person became an approver who has willingly disclosed incriminating information (corroborated with documentary evidence), against the accused persons.

During the course of investigation, it has also been unearthed that accused Sheikh invested huge amounts of Rs488 million in term deposits in different banks which have also been placed under caution by the bureau for investigation purposes and to recover the looted money from the accused.