US lied about Afghan war all along: report

US lied about Afghan war all along: report

Secret govt docume­nts reveal senior US offici­als knew the war was unwinn­able but kept the truth from their public­
By News Desk
Published: December 9, 2019
Tweet Email 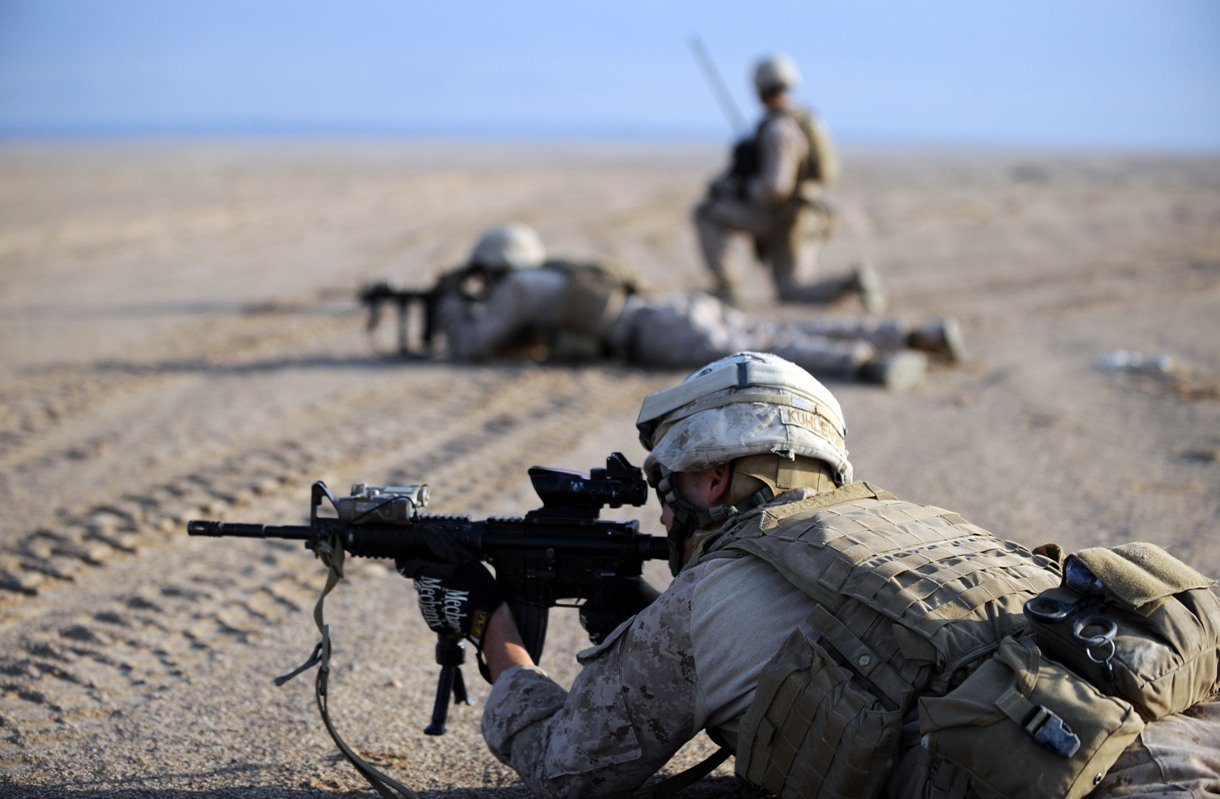 Forget everything you think you know about the longest, costliest and bloodiest US war in Afghanistan. It appears American military commanders and government officials have taken the world on a ride all this time.

The Washington Post on Monday made public a trove of secret US government documents which revealed that the country’s senior civil and military officials hid evidence on how the war had become unwinnable. Instead, they continued to make ‘rosy pronouncements’ about progress before the public, knowing all along that they were false.

The documents comprise hundreds of interviews with key figures involved in the almost two-decade-long war and were conducted as part of a federal ‘Lessons Learned’ project to examine the root failures of US authorities in the conflict.

Collected by the Office of the Special Inspector General for Afghanistan Reconstruction (Sigar) whose main task is eliminating corruption and inefficiency in the US war effort, the documents were obtained by the Washington Post after a three-year-long legal battle.

The interviews of more than 400 insiders describe everything that went wrong with the US effort in Afghanistan with unrestrained bluntness.

“We were devoid of a fundamental understanding of Afghanistan — we didn’t know what we were doing,” said Douglas Lute, the White House’s Afghan war czar during the Bush and Obama years, in one of the interviews. “If the American people knew the magnitude of this dysfunction. . . 2,400 lives lost… Who will say this was in vain?”

“What did we get for this $1 trillion effort? Was it worth $1 trillion?” said Jeffrey Eggers, a retired Navy SEAL and White House official under the Bush and Obama administration, in another interview, “Osama was probably laughing in his watery grave considering how much we have spent.”

Many officials described a sustained effort by the US government to hide the truth from the American public. “Every data point was altered to present the best picture possible,” said Bob Crowley, a US Army colonel who served as a counterinsurgency adviser to American military commanders.

To support the Lessons Learned interviews, The Post also released hundreds of pages of previously classified memos about the Afghan war dictated by former US Defence Secretary Donald Rumsfeld.

“I may be impatient. In fact I know I’m a bit impatient,” he wrote in one memo to several generals and senior aides. “We are never going to get the US military out of Afghanistan unless we take care to see that there is something going on that will provide the stability that will be necessary for us to leave.”

“Help!” he wrote in another issued six months after the war started.

Meanwhile, American commanders struggled to define who they were fighting. “They thought I was going to come to them with a map to show them where the good guys and bad guys live,” said an unnamed former adviser to a US Army Special Forces team.

Rumsfeld’s memos revealed the view from Pentagon was not any clearer. “I have no visibility into who the bad guys are,” he wrote in a September 2003 memo. “We are woefully deficient in human intelligence.”

The interviews also reveal how the US flooded Afghanistan with more aid than it could manage without any clear vision. One unnamed USAID executive said 90 per cent of what they spent was overkill: “We were given money, told to spend it and we did, without reason.”

An unidentified contractor added that he was expected to dole out $3 million daily for projects in a single Afghan district.

John Garofano, a strategist who advised US Marines in Helmand in 2011, pointed out “There was not a willingness to answer questions such as, what is the meaning of this number of schools that you have built? How has that progressed you towards your goal? How do you show this as evidence of success and not just evidence of effort or evidence of just doing a good thing?”

Instead of leading to development, aid from Washington instead allowed corruption in Afghanistan to rise to unprecedented levels. “By 2006, the Afghan government led by President Hamid Karzai had self-organised into a kleptocracy,” said US Army Colonel Christopher Kolenda. “Kleptocracy… is like brain cancer; it’s fatal.”

His assessment was endorsed by a top US diplomat in Kabul Ryan Crocker. “Our biggest single project, sadly and inadvertently, of course, may have been the development of mass corruption,” he said.

As festering corruption soured Afghan people toward democracy and pushed them towards the Taliban to enforce order, American attempts to prop up Afghan military and law enforcement never really appeared to take off.

Describing Afghan security forces as incompetent, no US military trainer expressed confidence that they fend off, much less defeat, Taliban on their own.

Rumsfeld’s memos, meanwhile, reveal he ignored dire warnings in 2006. After returning from a fact-finding mission to Afghanistan, Barry McCaffrey, a retired Army general, reported the Taliban had made an impressive comeback.

Two months later, civilian adviser Marin Strmecki told the Pentagon chief that “enormous popular discontent is building” against the Afghan government because of its corruption and incompetence.

Yet with Rumsfeld’s personal blessing, the Pentagon buried the warnings and told the public a very different story. His speechwriters delivered a paper highlighting 50 ‘promising’ facts and figures about the war-torn nation.

“This paper is an excellent piece. How do we use it? Should it be an article? An Op-ed piece? A handout? A press briefing? All of the above? I think it ought to get it to a lot of people,” Rumsfeld wrote in a memo.

Even under Obama, a person identified only as a senior National Security Council official said there was constant pressure to produce figures to show the troop surge of 2009 to 2011 was working, despite hard evidence to the contrary.

“We tried using troop numbers trained, violence levels, control of territory and none of it painted an accurate picture,” the senior NSC official said. “The metrics were always manipulated for the duration of the war.”

When casualty counts and other figures looked bad, the senior NSC official said, the White House and Pentagon would spin them ‘to the point of absurdity’. Suicide bombings in Kabul were framed as ‘Taliban desperation’ and the rise in US troop deaths was put forth as ‘proof’ that American forces were taking the fight to the enemy.

“This went on and on for two reasons,” the senior NSC official said, “to make everyone involved look good, and to make it look like the troops and resources were having the kind of effect where removing them would cause the country to deteriorate.”

Colonel (retd) Crowley, said “truth was rarely welcome” at military headquarters in Kabul. “When we tried to air larger strategic concerns about the willingness, capacity or corruption of the Afghan government, it was clear it wasn’t welcome.”

“It was sad to see so many people behave so stupidly,” one US official told government interviewers.

The Post quoted Sigar head John Sopko, whose agency conducted the interviews, as admitting that the documents show the American people have constantly been lied to. Even so, Sigar omitted the names of over 90 per cent interviewees while releasing the documents, the Post added.

In describing in detail how the US found itself stuck in a quagmire and kept truth from the public, the Lessons Learned interviews appear similar in importance to the Pentagon Papers, the history of the Vietnam War that the US Defence Department tried to keep top-secret.’