Review: 'Bedroom Conversations' pulls the curtain on our primordial instincts

Review: 'Bedroom Conversations' pulls the curtain on our primordial instincts

The play takes you on a roller coaste­r ride that lasts for 45 minute­s but stays for much longer­
By Asfa Sultan
Published: December 9, 2019
Tweet Email 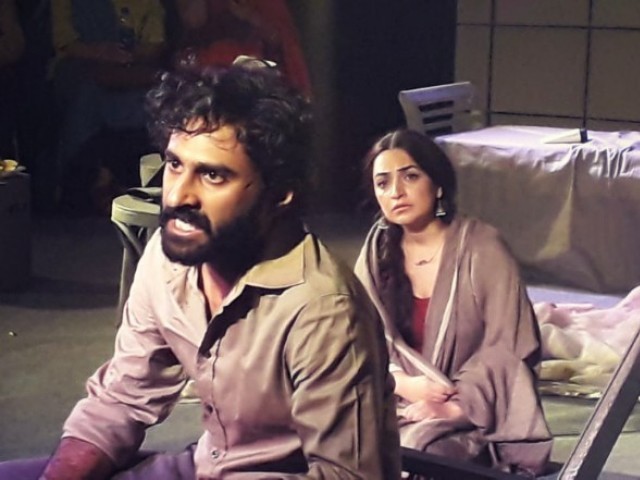 KARACHI: Written by Beegul and directed by Khalid Ahmad, Bedroom Conversations kicked off at the National Academy of Performing Arts (Napa) on Sunday night. The play showcased a myriad of emotions, dilemmas, social constructs and gender-based stereotypes. Including the ‘egos of middle-class men’, ‘humans being equivalent to animals’, betrayal, paranoia, insecurities, fears of leading a contemporary life, delusions and greed.

The 45-min play featured nine lives played by two actors, and regardless of the fact that their stories were in complete contrast, they managed to come together in the end. The success of such a performance-driven play depends entirely on its actors and Kaif Ghaznavi and Ali Junejo did a wonderful job of playing every role from scratch, again and again.

The two never leave the stage but change into a different person every seven minutes without changing their clothes. However, given the short time span and mood variations with each scene, it’s safe to say that there was very little room for boredom to begin with. 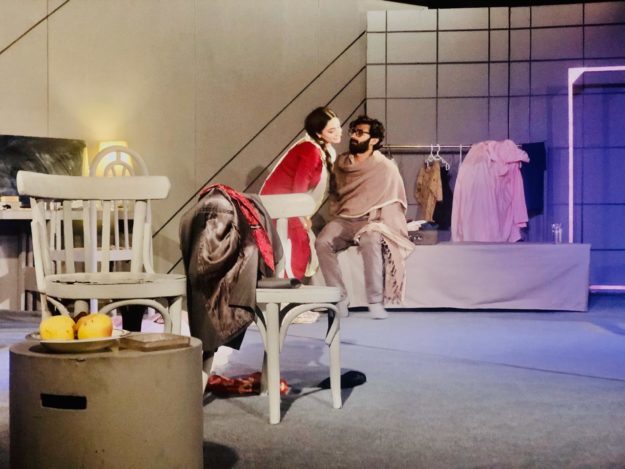 However, the unique element was the way these nine couples, representing various cultural, economic, religious and even linguistic backgrounds, still managed to resonate with the audience.

The first situation revolved around a middle-aged and middle class couple that struggled to love each other after the husband watches a video of his wife being loved by another man. It also targeted the idea of a ‘middle class man and his ego,’ which becomes more obvious in the fourth scene.

This is followed by a story of ‘pillows with money beneath them,’ symbolically denoting the themes of greed and delusion. This situation is portrayed by a rather affluent couple that is okay with not being in love with each other and simply wants to fulfill their sexual desire and afford material charms.

Nevertheless, the next scene depicts a couple from a lower economic background, featuring the objectification of women, while having zero sense of morality. This also hints at the idea of ‘humans being animals without a tail’ – which is also verbally explained in the last scene through a husband suffering from PTSD.

Other scenes showcased women and their struggle for equality followed by mentally challenged individuals – reiterating the themes of egocentric men and delusions. 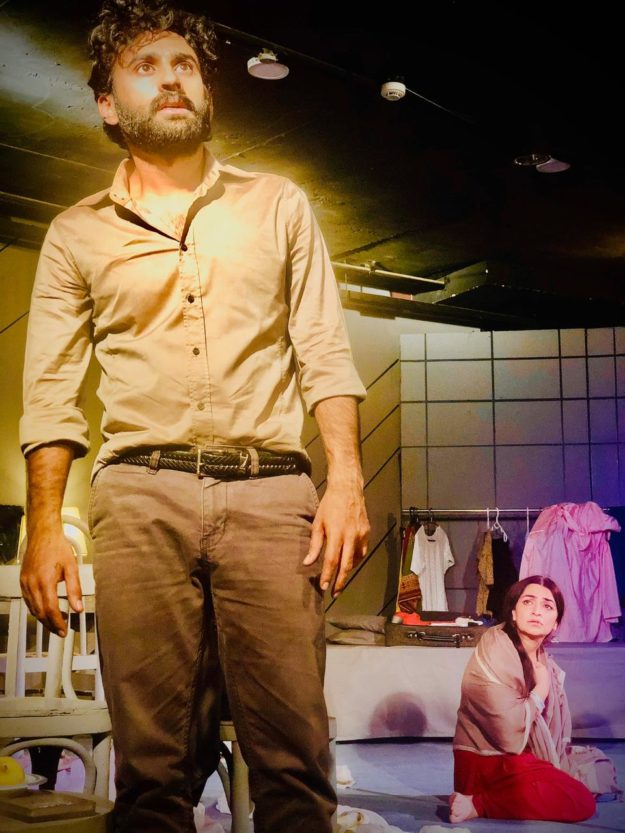 The remaining scenes also touch upon the fear of leading a contemporary life – something that is instigated into youngsters through the idea of becoming a non-conformist. While also representing the struggles of the old and ignored generations.

Regardless of the setting being the same throughout the play, the room kept changing its form as characters kept moulding it according to requirements of the next situation. This transformation, however, happens so subtly that one doesn’t even notice how things moved from one place to another amidst the arguments and chaos. The only thing consistent is dramatically rich lines and a script that left even the uptight-est of the crowd in stiches.

Bedroom Conversations beautifully culminates into a tragedy, as it forms a spiral that turns into a whirlpool of emotions. The audience is made to put themselves into the shoes of each character, imagining themselves while recalling similar instances from their lives. The play is so intricately woven by the problems in the contemporary world that it feels as if all the variations are near to none. 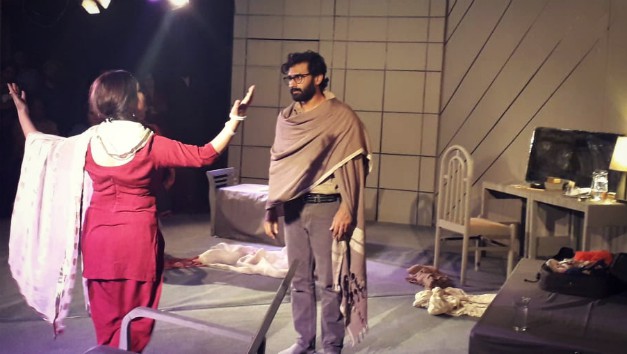 It reiterates that all the cultural, linguistic and economic differences are socially constructed, given that no matter where you come from or what you say you represent, you are at the end of the day made out of flesh and bone – similar in your struggles to survive and human in your approach to life.

The play runs at Napa till Tuesday, December 10, 8 pm onward. Tickets are available at the venue.