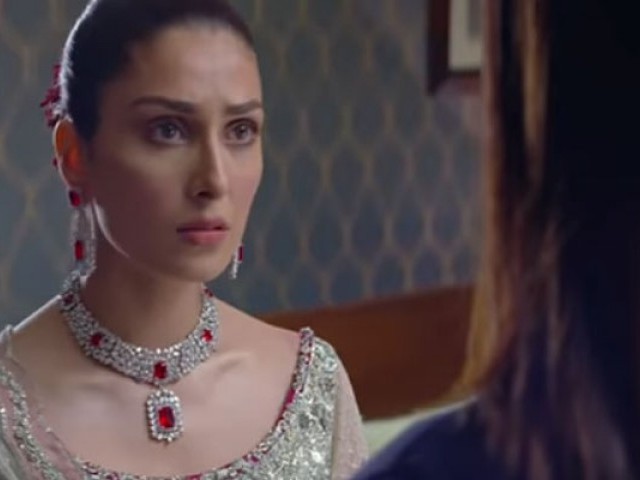 Meray Paas Tum Ho has undoubtedly become the most popular TV serial of 2019, with the star-studded cast witnessing a revival altogether. The themes showcase betrayal and defiance, as one woman leaves her husband for another man, who also cheats on his first wife with this married woman. The entire scenario automatically creates a hero of Humayun Saeed, the man betrayed by both.

A recent episode showed Adnan Siddiqui being slapped by Humayun Saeed after which a series of memes were witnessed on social media. Users could not stop lauding the moment as some claimed it was the only thing they had been waiting for.

However, the producers hinted at a ‘surprise entrance’ in the show last week and the new episode witnessed Savera Nadeem as Shehwar’s first wife, Maham, making an unforgettable entrance with a bang (quite literally).

In the recent episode, Mehwish (Ayeza Khan) had finally managed to convince Shehwar to marry her and after she gets ready for her nikkah, Maham enters.

Turns out she had just returned from the US to discover her husband’s marriage plans, following which she enters Ayeza’s bedroom and slaps her saying, “I am Shehwar’s wife.”

While fans also lauded the moment, flooding social media with memes yet again.

I was just waiting for this time…
And finally the decline of Mehwish beginning from this episode.#MerePassTumHo absolutely winning the hearts.
Though the story going towards the end but nothing boring till now even our interest increasing day by day.
Thanks @iamhumayunsaeed pic.twitter.com/pearCa5bFJ

However, someone finally said it.