The actor shocke­d fans when she brough­t on some major hair transf­ormati­on by trimmi­ng her iconic long mane
By Entertainment Desk
Published: December 9, 2019
Tweet Email 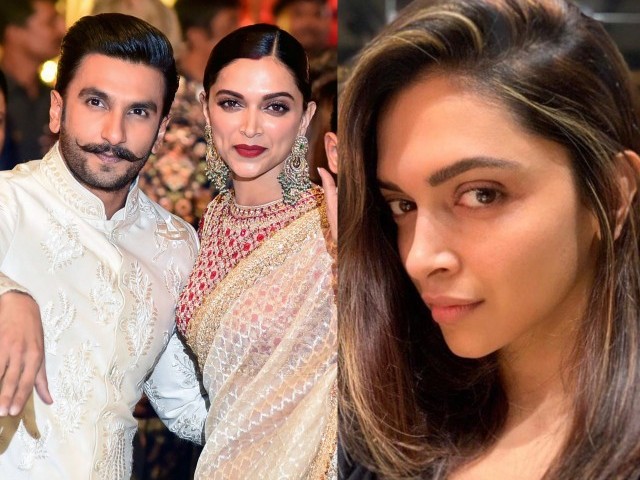 Bollywood diva Deepika Padukone shocked all of her 41 million followers on Instagram when she revealed she cut her iconic long hair short.

The 33-year-old Tamasha actor brought on some major hair transformation when shared a picture on her feed on Sunday with her locks trimmed shoulder length, in a stylish long bob.

Among those completely in awe of the actor was also Padukone’s superstar husband Ranveer Singh who once again won over the internet with his over-excited comment. “Maar doh mujhe (Kill me),” he said.

The star couple celebrated the first year wedding anniversary last month by flying to Andhra Pradesh to offer prayers at a shrine at Tirumala.

Padukone and Singh’s picture from their visit to the temple went viral on social media, where the desi beauty icon is seen wearing a red sari. She teamed her outfit with heavy gold jewellery and also sported sindoor.

As we celebrate our first wedding anniversary,we seek the blessings of Lord Venkateswara.Thank You all for your love,prayers and good wishes! @ranveersingh

Singh is known for his sweet and funny replies to his wife’s social media shenanigans. He also famously posted an Instagram picture of Padukone in the Snapchat baby filter when she rocked the viral  frilly, neon green Giambattista Valli gown for Cannes Film Festival this year.

On the work front, Padukone will next be seen in Meghna Gulzar’s Chhapaak where she essays the role of an acid attack victim. The film will hit theaters in January 2020.