'Whakaa­ri', as it is known in Maori, is New Zealan­d’s most active cone volcan­o
By Agencies
Published: December 9, 2019
Tweet Email 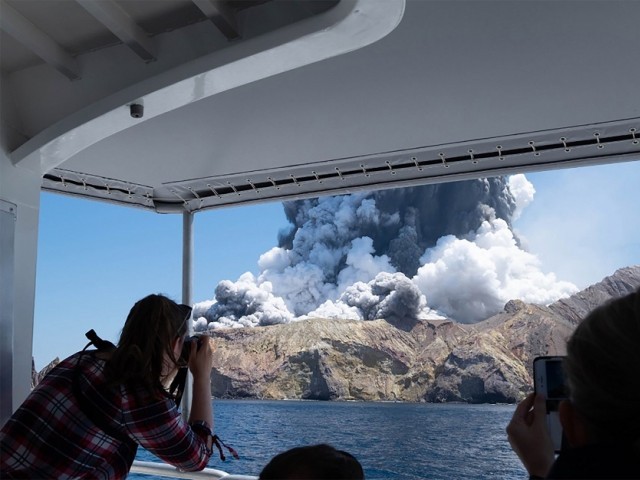 New Zealand police said at least one person was killed and more fatalities were likely, after an island volcano popular with tourists erupted. PHOTO: AFP

NEW ZEALAND: At least five people were killed, up to 20 injured and several were reported missing after a volcano suddenly erupted off the coast of New Zealand’s North Island on Monday, spewing a plume of ash thousands of feet into the air.

More casualties were feared on White Island, where the volcano erupted at about 2:11 pm (0111 GMT), police said.

Twenty-three people, some of them believed to be tourists from the Ovation of the Seas cruise ship, were rescued, police said, adding that others were still on the island. 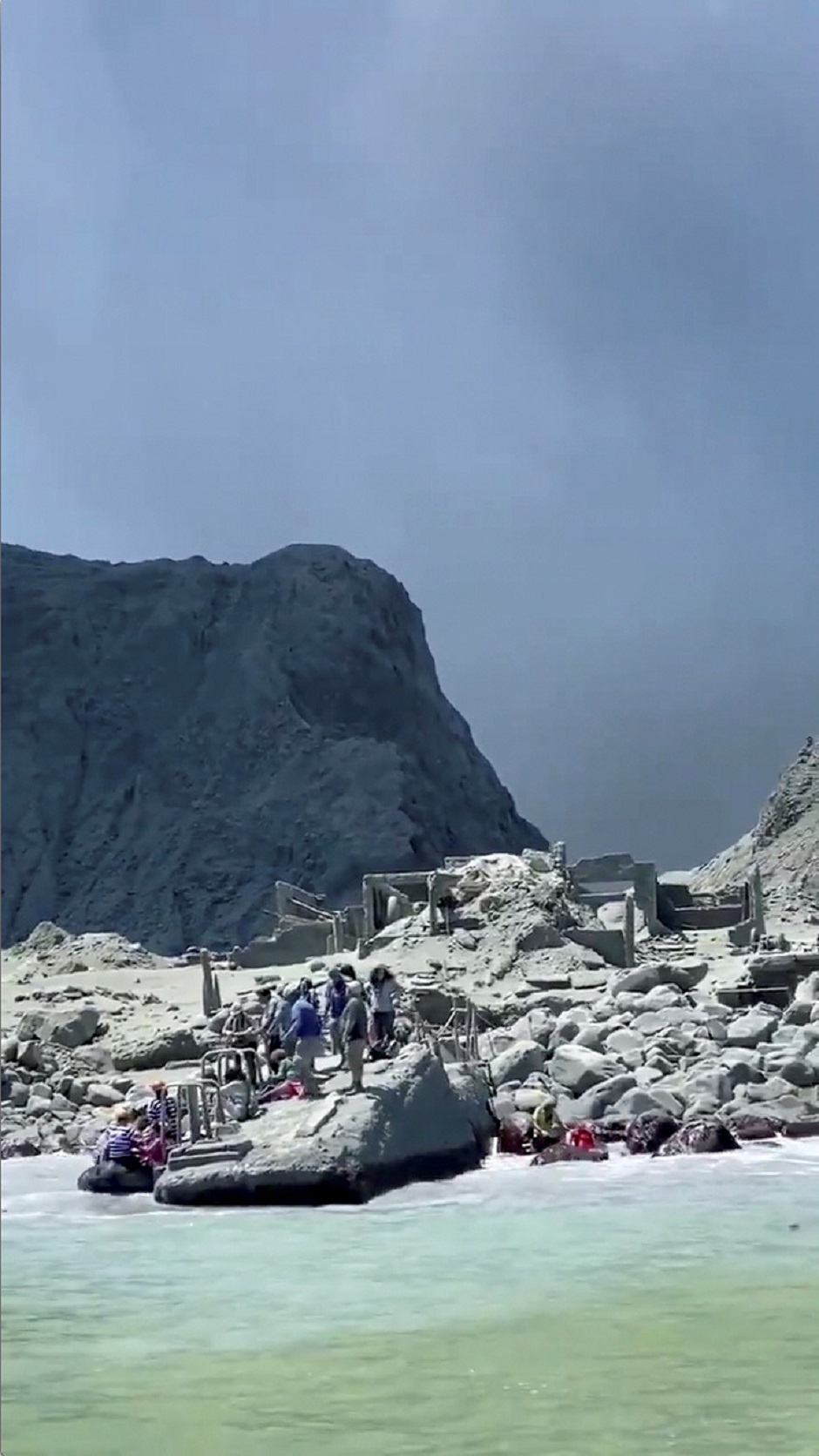 “We are unsure of the numbers and unsure of their well-being,” deputy police commissioner John Tims told a news conference, adding that rescuers could not access the island because of risks, but without elaborating.

About 50 people, New Zealanders as well as foreigners, were feared to have been nearby and several were seen near the rim of the crater minutes before the eruption.

St. John Ambulance said up to 20 people were believed to have been injured in the eruption, adding that a mobile triage unit was on its way. The organisation said it had sent seven helicopters with medics onboard. 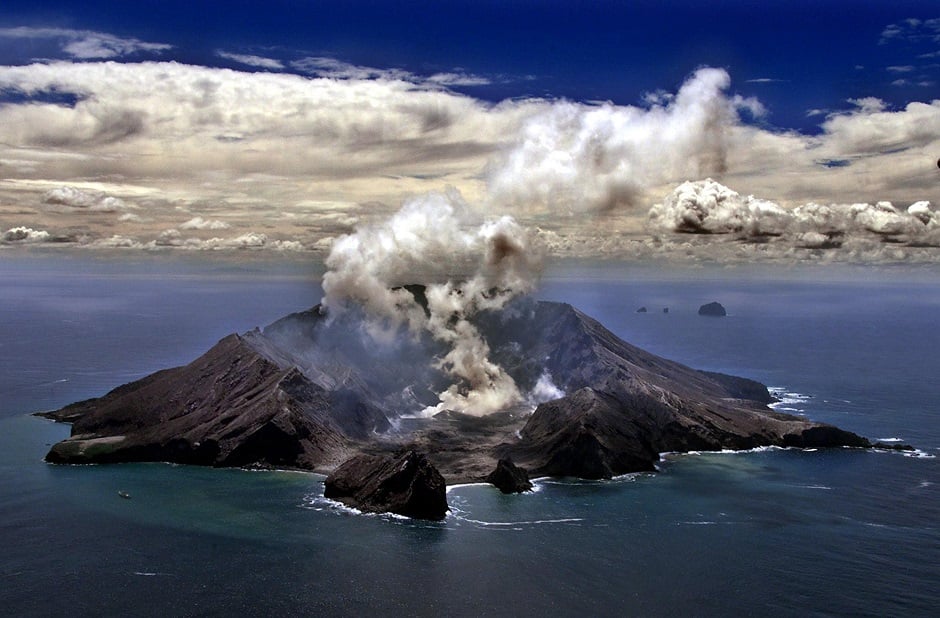 New Zealand’s most active volcano on White Island in the Bay of Plenty giving off dense plumes of steam and gas. PHOTO: AFP

Michael Schade, an engineering manager from San Francisco, was one of the tourists who made it off the island just before the eruption.

In a video Schade posted on Twitter as he sped away from the island by boat, a huge plume of white ash soars into the sky as a group of frightened tourists huddles close to the shore.

“This is so hard to believe,” Schade said. “Our whole tour group were literally standing at the edge of the main crater not 30 minutes before.”

My god, White Island volcano in New Zealand erupted today for first time since 2001. My family and I had gotten off it 20 minutes before, were waiting at our boat about to leave when we saw it. Boat ride home tending to people our boat rescued was indescribable. #whiteisland pic.twitter.com/QJwWi12Tvt 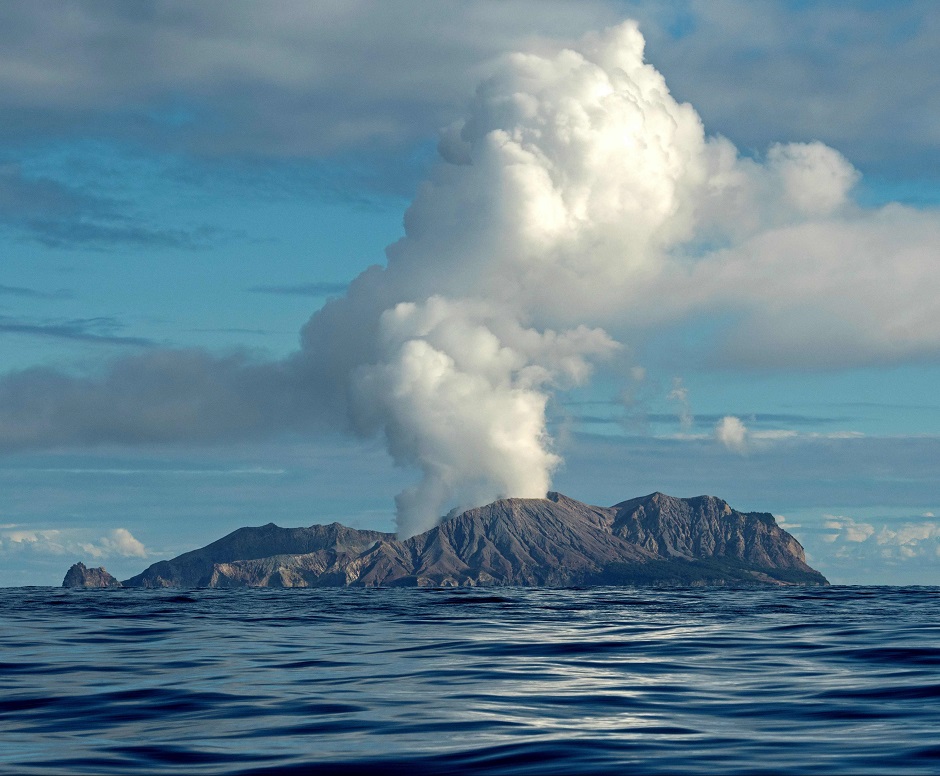 A crater rim camera owned and operated by New Zealand science agency GeoNet shows groups of people walking toward and away from the rim inside the crater, from which white vapour constantly billows, in the hour leading up to the eruption.

At 2:00 p.m. the crater rim camera catches a group of people – tiny specks in relation to the vast volcano – right at the edge of the rim. At 2:10 p.m. – just a minute before the eruption – the group is headed away from the rim, following a well-worn track across the crater.

White Island is about 50 km (30 miles) from the east coast of North Island and huge plumes were visible from the mainland.

Volcanologists said the ash plume shot 12,000 feet (3,658 m) into the air. “We know that there were a number of tourists on or around the island at the time, both New Zealanders and visitors from overseas,” Prime Minister Jacinda Ardern told a news conference.

“I know there will be a huge amount of concern and anxiety for those who had loved ones on or around the island at the time. I can assure them that police are doing everything they can.” 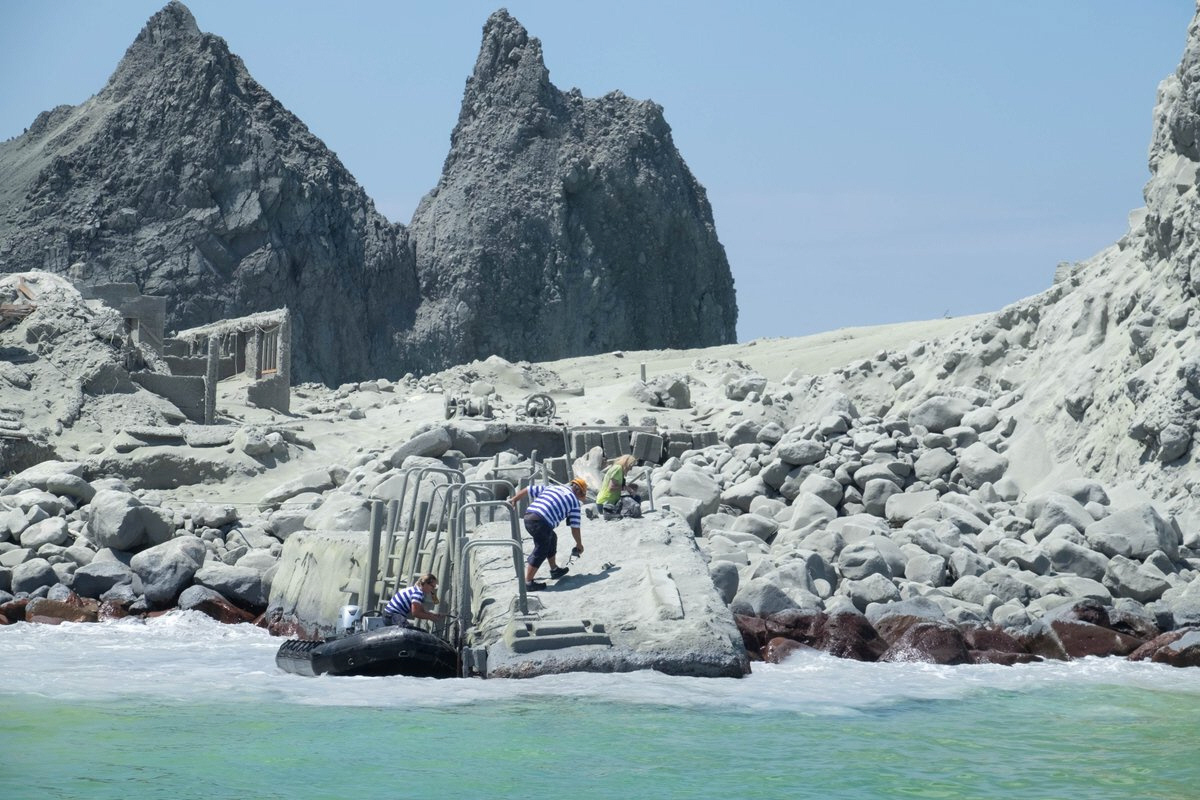 Geological hazard tracker GeoNet raised the alert level for the White Island volcano in November due to an increase in volcanic activity.

Just last week, GeoNet volcanologist Brad Scott said in a report that moderate volcanic unrest continued at White Island, with substantial gas, steam and mud bursts observed at the vent located at the back of the crater lake.

The island’s immediate surroundings were hazardous because of the eruption, the National Emergency Management Agency said in an statement, adding that falling ash might affect some areas. 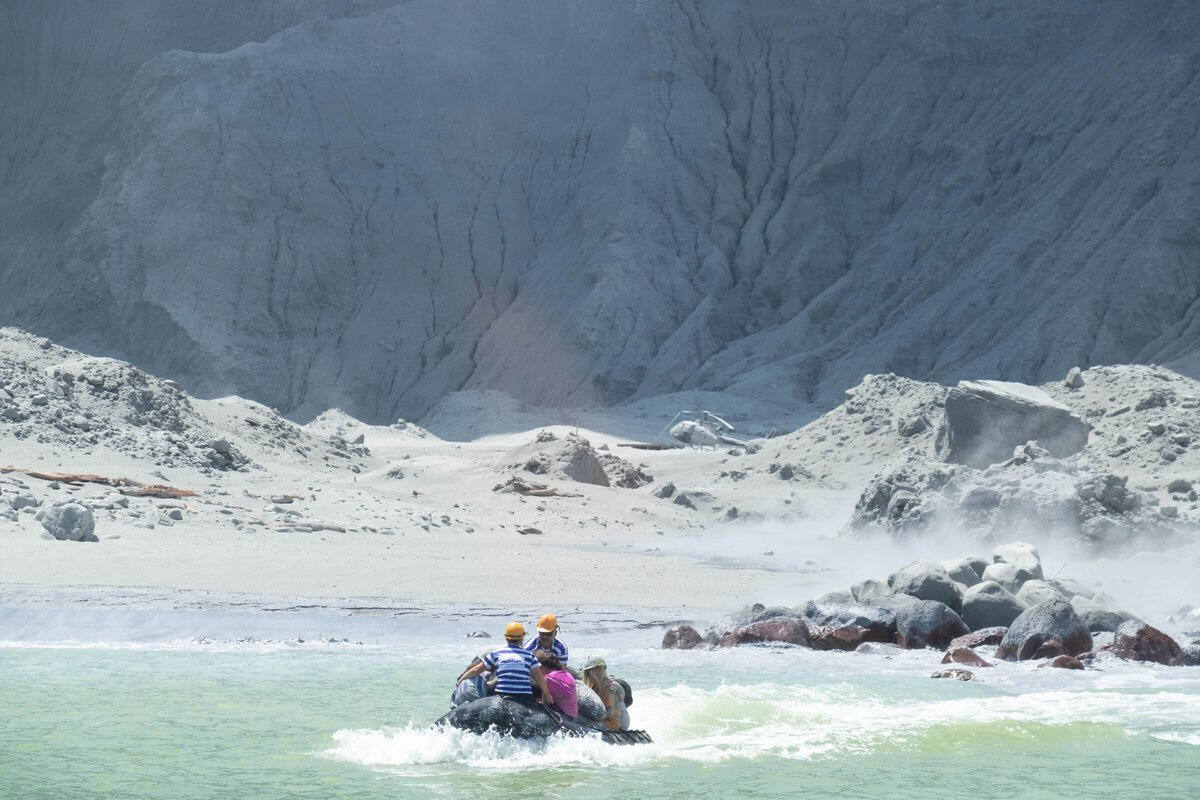 The White Island volcano is one of New Zealand’s most active.

The White Island volcano’s last fatal eruption was in 1914, when it killed 12 sulphur miners. There was a short-lived eruption in April 2016.

White Island became a private scenic reserve in 1953, and daily tours allow more than 10,000 people to visit the volcano every year.

‘Whakaari’, as it is known in Maori, is New Zealand’s most active cone volcano, built up by continuous volcanic activity over the past 150,000 years, according to geological hazard tracking agency GeoNet.

About 70 percent is under the sea, making the massive volcanic structure the largest in New Zealand. 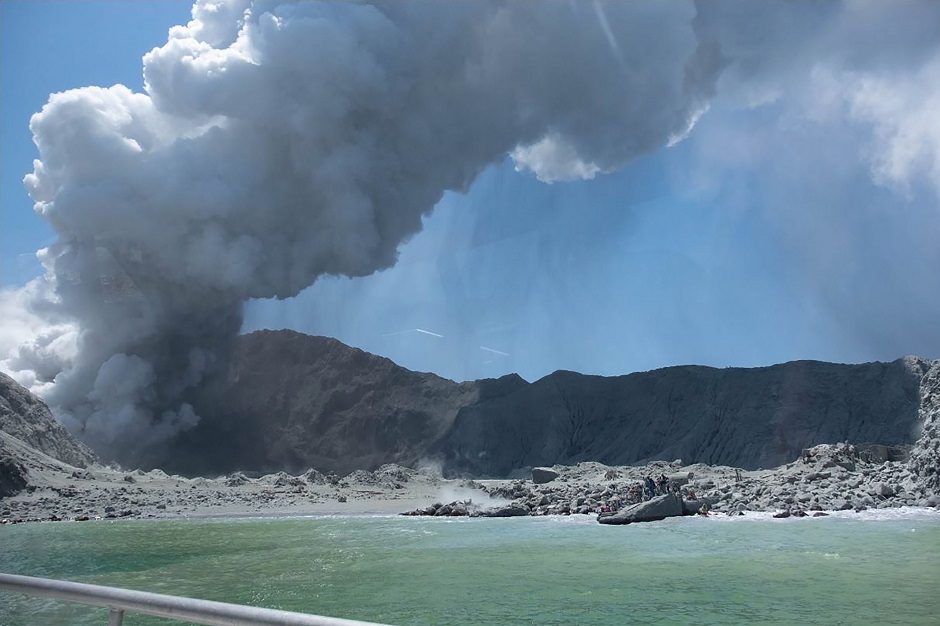 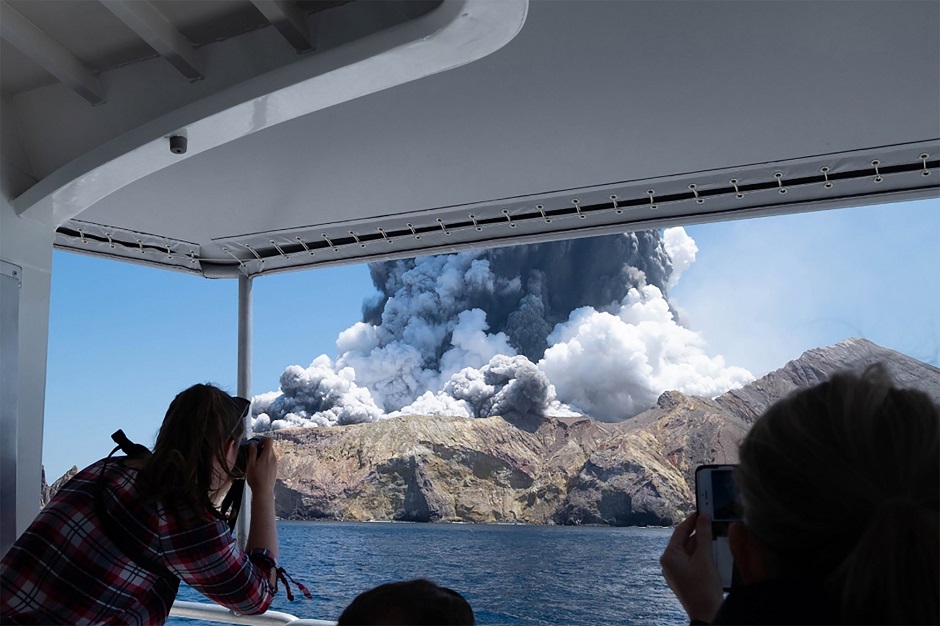 New Zealand police said at least one person was killed and more fatalities were likely after an island volcano popular with tourists erupted. PHOTO: AFP 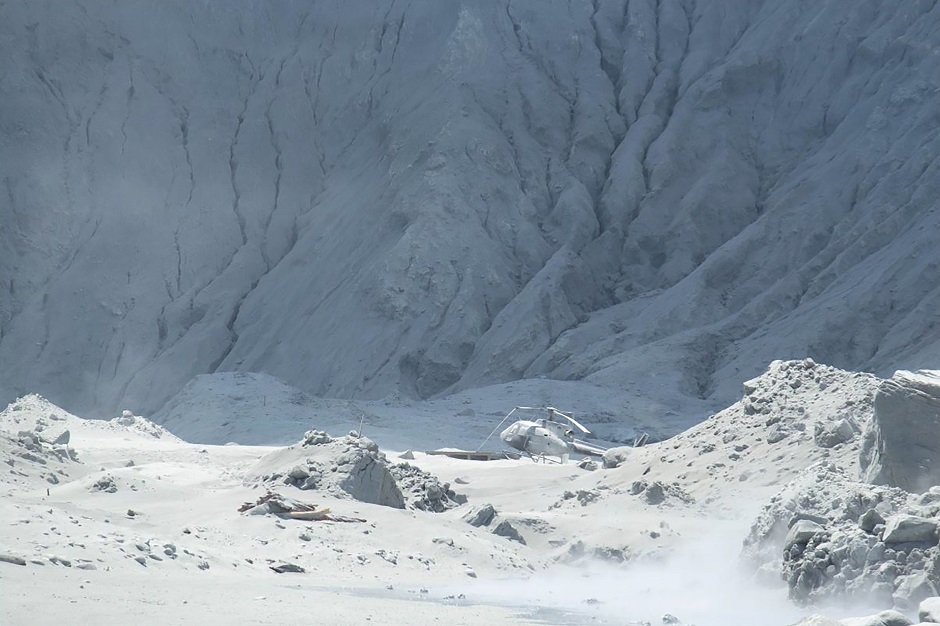 The picture shows the wreckage of a helicopter amid ash minutes after the volcano on New Zealand’s White Island erupted. PHOTO: AFP 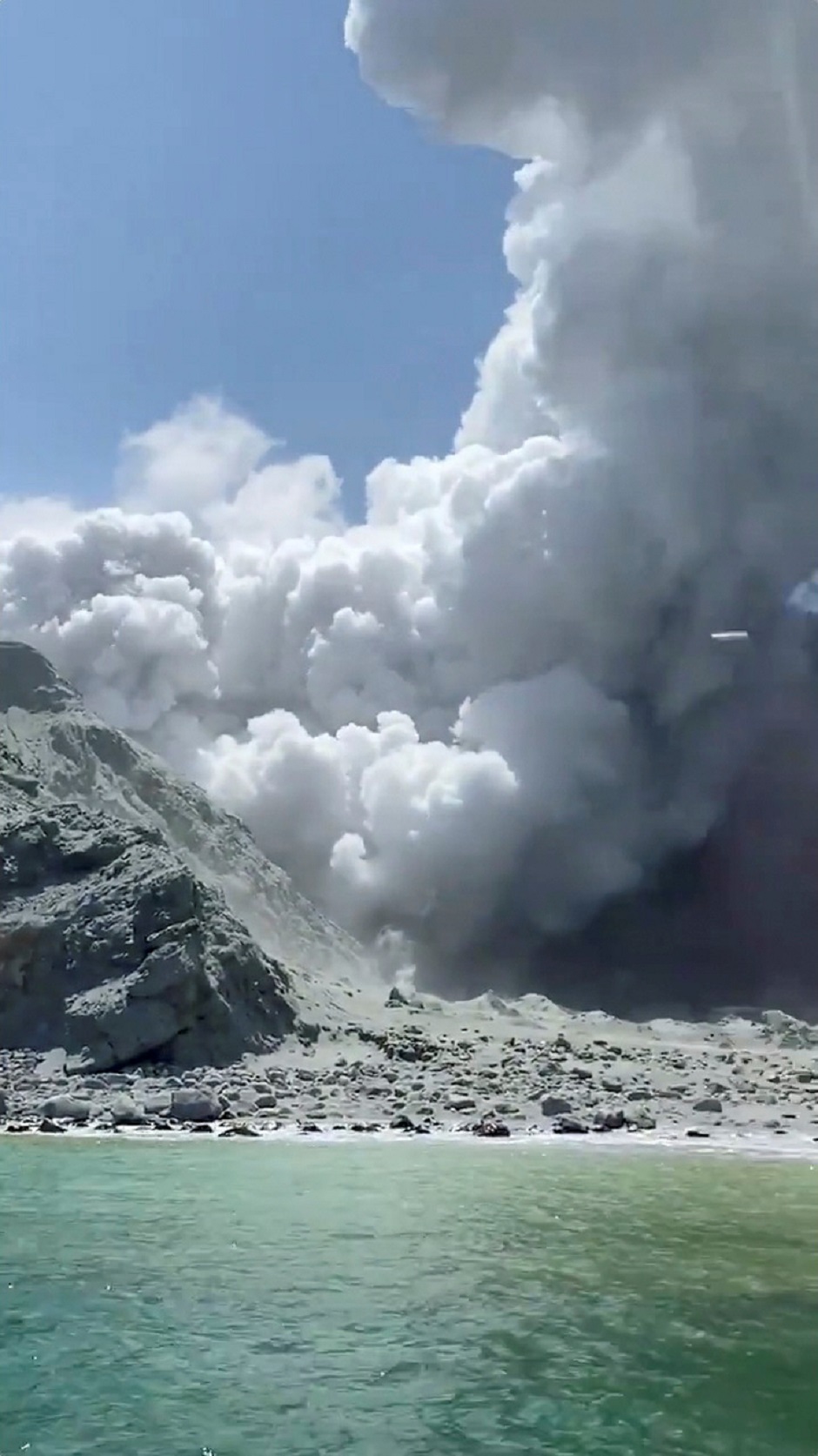 Thick smoke from the volcanic eruption of Whakaari, also known as White Island, is seen in New Zealand. PHOTO: REUTERS 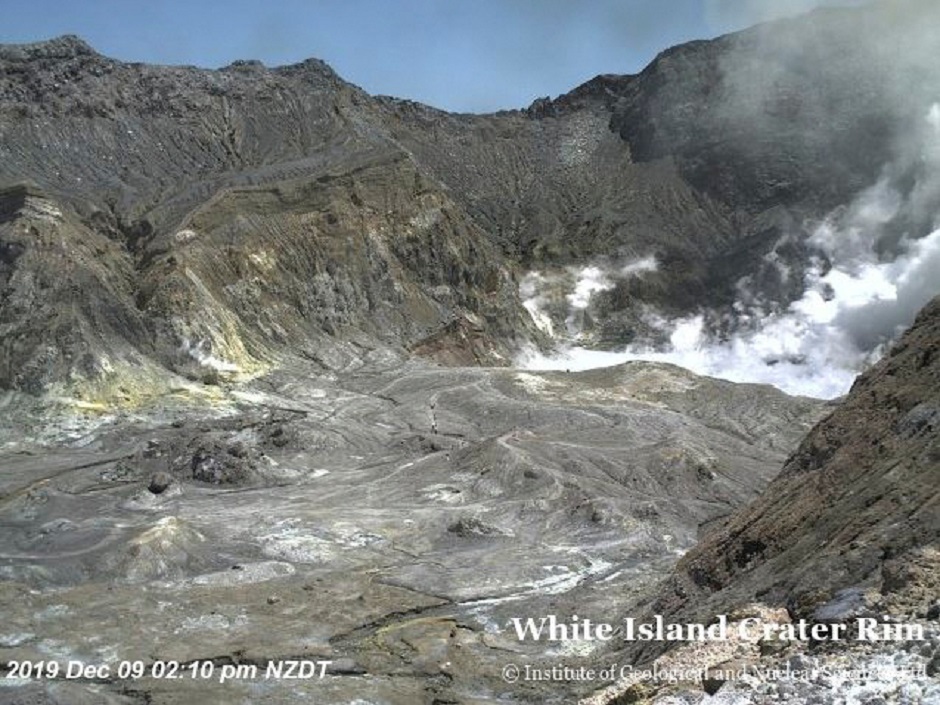 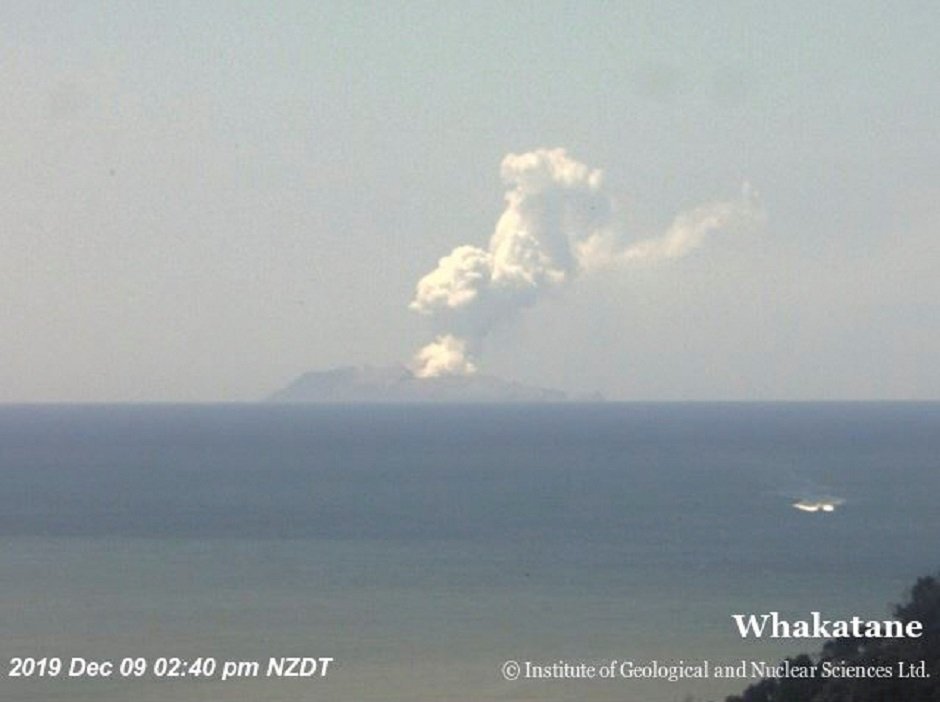