Doctors have advised shifting Nawaz to US for treatment: PML-N

Doctors have advised shifting Nawaz to US for treatment: PML-N 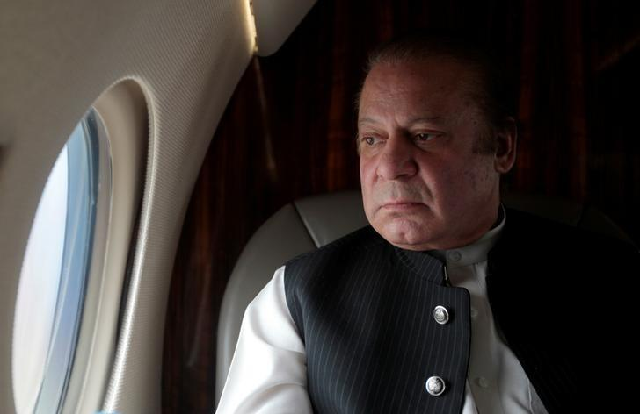 She said the PML-N supremo’s medical reports showed there was an 88 per cent blockage in the arteries circulating blood to his brain.

“Doctors have advised him to consult an expert in the United States. However, transporting him there poses an immense challenge for the medical team,” the spokesperson said.

Marriyum said Nawaz is also expected to undergo a biopsy in light of his latest PET scan. “There has been no improvement in his platelet count despite the high doses of steroids, which were also causing his blood sugar levels to rise,” she said, adding that the reason for the decreasing platelet count is yet to be ascertained.

Three-time former prime minister Nawaz, who is currently receiving treatment at the Harvey Clinic in London, travelled to the British capital in an air ambulance accompanied by younger brother Shehbaz Sharif and personal physician Dr Adnan Malik on November 20 – four days after the Lahore High Court directed the federal government to remove his name from the Exit Control List (ECL) for four weeks.

Prior to that, Nawaz, who is serving a seven-year prison sentence in the Al Azizia corruption reference, was granted eight-week bail on medical grounds by the Islamabad High Court on October 27.

But the deposed prime minister had refused to accept the Pakistan Tehree-e-Insaf (PTI) government’s condition to submit an indemnity bond as a guarantee for his return to the country after treatment.