Finding a role for the state in development

Finding a role for the state in development

How should the state act and behave now as it is grappl­ing with anothe­r grave econom­ic crisis?
By Shahid Javed Burki
Published: December 9, 2019
Tweet Email 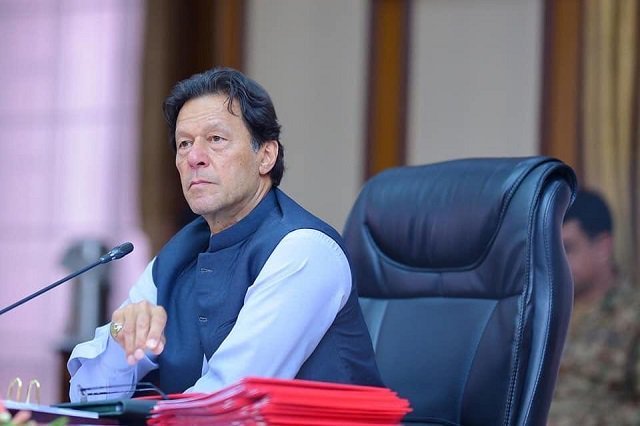 Unlike India, its sister state across the southern border, Pakistan, has not found a way for using the state to guide and manage the economy. In the past 72 years, it has tried a number of experiments. Most of these focused on two aspects of economic management: the overall role of the state including its relations with the private sector, and the locus of policymaking. The country has swung from one extreme to the other.

For a bit more than a decade — from the time it was born to the time when General Ayub Khan led the first of the four military coups — those responsible for defining public economic policies put almost total faith in private enterprise. Pakistan was born with a non-existent state. Unlike India, it had to create a new capital, staff a new government, and find resources for running the government. Recently, I was told a story by someone from one of the families who had large operations in India but were persuaded by Muhammad Ali Jinnah, Pakistan’s Founding Father, to help him build the economy of the new country. Jinnah, it is said, made an extraordinary request. He told the small group after Pakistan had finished its first month as an independent state that there was no money available with the government to pay salaries to most of those who were state employees. He asked the private tycoons for help and they wrote a blank cheque his government could use to pay the people it employed. The Pakistani state in other words was in no position to climb the commanding heights of the economy with private entrepreneurs trudging behind. That was the strategy India had adopted.

How should the state act and behave now as it is grappling with another grave economic crisis? Prime Minister Imran Khan is convinced that the enormous difficulties he has inherited are the result of the way his predecessors handled the economy. He believes that they worked more for their personal profit than for the good of the general citizenry. How should he turn the corner and how should he use the state to deliver to the general public what it expects from him? Some answers to these questions come from the substance of the debate that is taking place in the economic circles in the West.

In spite of a great deal of thought and effort, there are many questions that economists have not been able to answer convincingly. For instance: where does growth come from? What role the state should play in managing the economy? How should the state and the private sector work together? What is the source of innovation and how important is innovation in propelling the economy? How should the state encourage innovation and innovative behaviour? For a while, economists working at the World Bank and the International Monetary Fund had begun to advocate a minimalist role for the state in economics; withdrawing in order to create a great deal of space the private sector could occupy. Since the two institutions are based in Washington, this thinking came to be called “The Washington Consensus”. This approach became a part of the conditions imposed by the institutions on the countries where they were financing programmes and projects and hence could exercise influence.

One of those who have begun to vigorously question the logic behind the Washington Consensus is the economist Mariana Mazzucato, whose two books The Entrepreneurial State, published in 2013, and The Value of Everything have entered economic discourse. She forcefully argues against the long-accepted binary of an agile private sector and a lumbering, inefficient and often corrupt state. She cites technologies like the internet, the iPhone, solar power and wind energy as examples of developments in which the government’s role was decisive. “Personally, I think the left is losing ground because they focus too much on redistribution and not on the creation of wealth,” she told a newspaper in an interview on the sidelines of a conference that brought together 90 experts who work in the leadership council of the Sustainable Development Solutions Network. They advise on topics like poverty, gender equality, global warming, and the role of the state in promoting development. The economists reflect in general where their discipline stood on a number of hotly-debated issues.

Mazzucato questions many of the tenets of the neo-classical economic theory and takes issue, in particular, with the relegation of the state to be the investor of last resort. She uses the successful effort by the United States to put man on the moon as an example of how the state can and should work. That was a state-spurred technological revolution consisting of hundreds of individual feeder projects, several of them collaborations between the private sectors. Some of them succeeded and some failed but taken together, the effort contributed to economic growth and explosive innovation.

Mazzucato goes further than most economists and policy analysts who believe that it is a mistake to keep the state out of managing the economy and that governments should be actively involved in promoting growth and equality. In her vision, governments would do what so many traditional economists such as those who came up with the Washington Consensus approach have told them to avoid: create and shape new markets, embrace uncertainty and take big risks. But she believes that the governments and state-backed investment entities should “socialise both the risks and returns on public investments through royalties or equity stakes or by including conditions on investments. We absolutely need to change both the narrative, but also the theory and the practice on the ground,” she told the conference she was attending. “What does it mean, actually, to create markets where you create the demand, and really start directing the investment and the innovation in ways that can help us achieve those goals.”

How to apply this approach to the current situation in Pakistan? The question can be answered in part by reflecting on the suggestion that Pakistan could deal with a part of the problem created by air pollution and dense city fog by increasing forest cover. Simply imploring people to plant more trees won’t do; instead the government should involve itself aggressively in the effort: lease government land to citizens; set up private nurseries from where people can buy saplings; create markets for the products trees would produce. That way the government and the people would be rewarded for the investments they will be making while the social purpose — increasing forest cover — would be achieved.