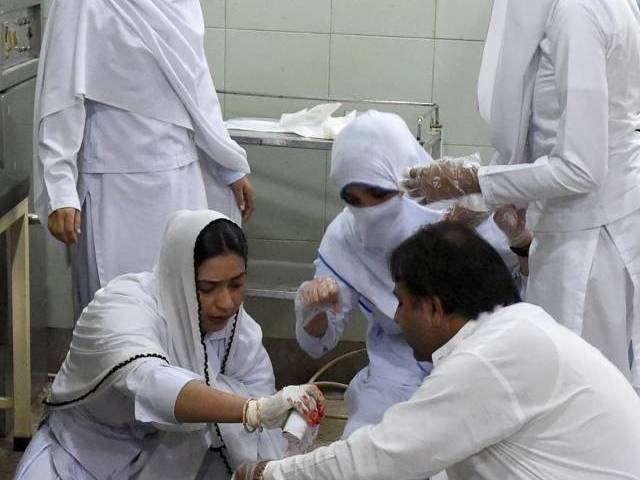 ABBOTTABAD: Around 200 graduates were awarded degrees in eight disciplines offered by the College of Physicians and Surgeons of Pakistan in the 53rd convocation of CPSP at its regional centre in Abbottabad on Sunday.

“CPSP has progressed tremendously over the past 15 years and this national institution has become a symbol of recognition and integrity for the country,” said SGP Lt Gen Rehman, adding that more than 24,000 fellows and 10,000 members of the college are playing their role in providing quality healthcare services.

He added that there was a gap of around 24,000 doctors in the country which will be filled soon and help bridge the gap of medics in future.

He added that the CPSP is sending its trainees to Ireland and the UK for practical training and exposure to world-class institutions for the last five years. “These trainees will surely serve the nation upon their return,” he stated expectantly. CPSP Senior Vice President Prof Khalid Masood administered the FCPS oath to the new fellows and members. He hoped that they will spend their lives serving humanity.