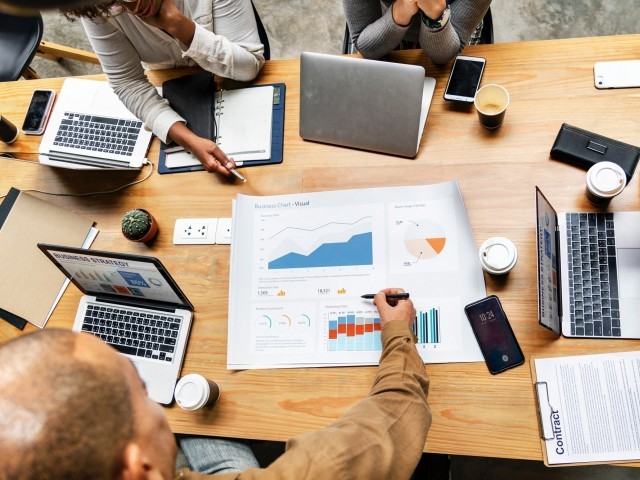 KARACHI: In the first quarter of current fiscal year, textile exports fetched $3.3 billion. In the best case scenario, the country can end the year in June 2020 with $13.8 billion in textile earnings, up from $13.3 billion in FY19.

However, the policymakers who worked with General Pervez Musharraf had made him believe that Pakistan’s textile exports could hit $13.38 billion in 2005. They had launched a voluminous Textile Vision 2005 prepared with input from all stakeholders and told the nation that the document was a panacea for Pakistan’s textile sector.

The country hit the magic mark of $13.3 billion 14 years after the targeted date. Such is the quality of target-setting in Pakistan. That is why younger Pakistanis have become sceptical. They are unwilling to let the policymakers take advantage of their credulity.

Total textile exports of $13.3 billion in FY19 are just half the level the Pakistan Muslim League-Nawaz (PML-N) government had promised to take them to. Yes, the much-trumpeted textile policy of 2014-19 had targeted $26 billion worth of exports by FY19.

So, the issue is either the policymakers – whether serving under a dictatorial regime or a democratic setup – set overambitious targets or the bureaucrats and exporters are inefficient to meet the given targets. A combination of both can also be cited for failure after failure of the so-called export visions and export policies.

Now, the Pakistan Tehreek-e-Insaf (PTI) government is trying to revive textile exports. However, so far nothing seems to be working. The reason is that massive rupee depreciation, withdrawal of energy subsidies, fears of NAB investigation, U-turn in tax and rebate policies and political uncertainties have depressed business sentiment.

Foreign investment is not coming in – not at all in the textile sector. Low economic growth, large-scale manufacturing (LSM) slowdown and high inflation have eroded profitability of industries and affected domestic investors’ ability to invest. Besides, ill-conceived documentation drives have shattered their confidence.

Adding $1 billion to the current textile export earnings every year is very much possible if the government introduces a fair tax and rebate regime and if the private sector invests even one-tenth – $100 million – in the industry’s balancing, modernisation and replacement (BMR).

But to make this happen, the government will have to make sure that the business community is not harassed by the Federal Board of Revenue (FBR) or the National Accountability Bureau (NAB), new tax and rebate policies are implemented honestly and cotton output of the country is raised to meet needs of the textile industry.

According to recent media reports, NAB has decided to ensure that businessmen are not unduly questioned, the FBR has stopped conducting raids on business facilities and it is also going to address grievances regarding tax and rebate issues on a priority basis.

The PTI government should now encourage local investors to start investing in the textile sector’s BMR projects, preferably on a public-private partnership basis, instead of offering sector-specific export revival packages.

Such packages have never worked in the past and cannot work now. The simple reason is that the government in power uses them for gaining political support of the powerful business lobbies and the bureaucracy makes them a tool of corruption.

The investment in textile on a public-private partnership basis can be directed towards installing the most modern textile machinery and replacing the old ones, creating an institution for dedicated textile export marketing, upgrading existing textile designing and fashion institutes, setting up a network of knowledge workers for achieving product diversification for the industry and promoting cotton yield and production.

Without achieving these five objectives, sustainable growth in the textile sector cannot be ensured.

The government and the All Pakistan Textile Mills Association (Aptma), in collaboration with foreign experts, can launch a study to find out where the productivity and investment gaps lie.

The proposed study can help answer these and similar questions so that we come to know what kind of investment is needed and where, and what skillsets are required to make the most of fresh investment in the textile sector.

The writer is a mechanical engineer and is doing masters

Improvement in macroeconomic numbers not reflected in lives of the masses