The power of disruption

The power of disruption

Is Pakist­an in the midst of anothe­r disrup­tion or on the verge of anothe­r slide?
By Shahzad Chaudhry
Published: December 8, 2019
Tweet Email 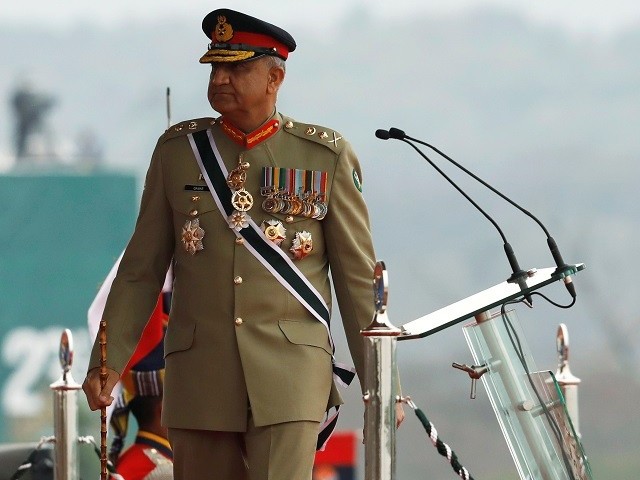 Each disruption makes history. When the British had to give up their extended colonies as part of the quid pro quo for the US to enter the Second World War on their side, Churchill well understood the American requirement for the British to let go of the colonies in return.

As soon as that became evident, local politics in India sensed the moment and accelerated their movements towards their evolving objectives.

Both, Gandhi’s Quit-India and Jinnah’s Pakistan were thus the disruptions that changed the history of this region and the world. The status quo of British India was replaced by two new realities.

Very early in the life of Pakistan, its Eastern wing felt the heat of West Pakistan’s dominating control over politics and country’s resources.

Despite being the spirit behind the greatest disruption forging the Pakistan movement it found itself short-changed in the new country.

A disquiet began which soon formed the basis of yet another disruption away from the “exploitative control of West Pakistan”.

Sheikh Mujibur Rahman only firmed up the structure of a latent sentiment and challenged what was the new status quo. India became an ally and soon Bangladesh became a reality disrupting yet again what was assumed permanent.

Perhaps geography, culture and the society all have a hand in shaping what then becomes a natural and sustainable dominion. To many, Pakistan in its inception as two-wings separated by a one-thousand-mile India in between, was an unsustainable state structure and hence easy to disrupt.

That it ultimately happened is mostly attributed to the hegemonic mindsets of the West Pakistanis vis à vis their diminutive but much sharper and more skillful Eastern brethren but it remains essentially a unique physical arrangement which spawned its own geopolitical dynamics.

The forces of geography and politics laid the foundation for another great disruption changing the course of history.

When Ayub Khan had ruled long and given Pakistan a political and a societal direction firming its position as a nation-state, ZAB emerged as the new disruptor. But there was an underlying palpability of not everything being as smooth as it showed.

The seeds of Bangladesh were sown in his times; they only bore fruit later.

Even that had been preceded by frequent changes in governments, brief tenures, whimsical sackings of sitting prime ministers by the governor-general (not army generals, mind you) and a strident denial of the rights of the East Pakistanis to take the helm even when they had earned their right to do so — Khawaja Nazimuddin (r.1951-53); or Sheikh Mujibur Rahman in 1970 — meant that the state wasn’t as stable as was needed. Constitution was absent and non-democratic dispensations had already joined the roost.

ZAB, very much a part of what had become an aberrational state, seized the moment and used its distortions to proffer a newer paradigm for politics.

His political appeal seemed liberating and refreshing and hence found popular favour. Influenced much by the ultra-left that had taken root in the communist thought expounded in the Soviet Union and Mao’s China he even modeled himself on those lines.

The dynamics and the character of the society though in Pakistan were far different to adjust to these extreme variables imposed in his thought and ideas. Economy suffered and the fundamentals never got fully and scientifically aligned to the Marxist thought.

He thus couldn’t pull it through. The entire edifice fell flat soon after. He ended up being the traditional feudal in his manner of governance even if his politics claimed differently. The politics though did change and became more populist from the traditional and elitist.

A disruption within the natural boundaries of a nation-state this time had left its imprint. It was to be the new status quo; this one of political activism within refining the political journey of Pakistani society.

ZAB, never the favourite of his political peers, a la Imran Khan, and radical and unconventional — a la Imran Khan — was counter-posed a challenge by the PNA, a conglomeration of nine political players who ran an agitation against him for defrauding the 1977 elections and to malign him out of office.

They yearned to return what was conventional and elitist and which had been disrupted by externalists such as ZAB and the nine long years under Ayub. General Yahya, Ayub’s military successor to power added another three to their period of being displaced from power.

They were desperate to win their politics back and to do so they asked the army to help remove ZAB from a “usurped” position of prime minister. Sounds familiar? Instead, Zia ul Haq became the next arbiter for another 11 long years. The politics that went under him was more a mimicry than the real thing of any considerable value.

BB was never the great disruptor as probably were ZAB for his entirely new paradigm of political thought or Ayub was to offer a more stable state of the government and society. The economy under the latter leapfrogged into eminence.

Nawaz Sharif remained a protégé of the non-political forces and while BB and Nawaz Sharif both alternated in the 90s, it was essentially a lost decade. Both became patently centrists which is being charitable to their brand of politics which was neither here nor there, and roiled themselves in self-serving but unscrupulous riches.

That is a polite alternate for massive corruption. Musharraf entered as the next disruptor to the stale and turbid brand of the 90s.

Musharraf and Nawaz Sharif had other things going between them. Rather than political or ideologically disruptive it was entirely personal between the two. No amount of claims of altruistic high purpose can take this reality away.

Another hiatus followed. The cost invariably is in a fragmented and focally distracted society which becomes untethered from its moorings. All elements of the state then kowtow to the abiding power. The disruptive assumes permanence and effect. For a society continuously in a tumult this spells doom and regression.

Fast forward to now. Three separate events betray the making of another underlying disruption. MFR’s “dharna” chiseled the first cleavage. The saga of the army chief’s extension weakened the facade a little more and space became available for political players to concentrate their forces against the vulnerabilities of the IK government for how it was founded to how it has performed.

The pending decision on General Musharraf’s case will add more spite and all together it will make a toxic mix. The respite to the Sharifs only adds fuel to the fire. The odd enigma of the students chanting the return to Marxism, however juvenile it might seem, could just be the trigger to blow all up.

We are in the midst of another disruption. How might it turn up will depend largely on the combined maturity of those sitting atop their power mantles. Else, we are on the verge of another slide. For a change, let status quo sustain, and disruptions dwindle. Let us just be normal.