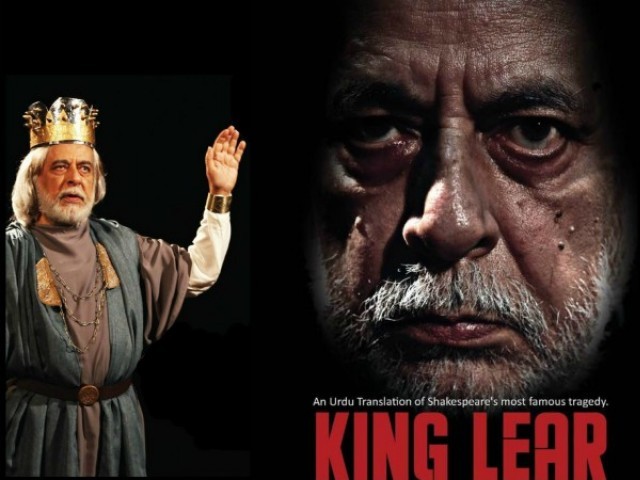 Preparations for their combined production is coming to a close, as King Lear is set to run at the National Academy of Performing Arts’ (Napa) from December 19 till December 29.

Working with Zia Mohyeddin sb has been punishing, demanding, exhilarating—the experience of a lifetime. #KingLear – an Urdu adaptation! – opens in Karachi Dec 19, and runs through Dec 29.

Hope to see many of you there!

However, she did not reveal which character she will be playing exactly.

Zia Mohyeddin sahab. 88 going on 28. I KID YOU NOT. Such a privilege to be under his tutelage for the next two months. ⁣ ⁣ ⁣ #KingLear #UrduAdaptation #NationalAcademyofPerformingArts #ZiaMohyeddin #MiraSethi #Theater #Pakistan

The play features an Urdu translation of Shakespeare’s most famous tragedy, which is a depiction of power, greed, and passion. The story circulates around an ageing Lear, who divides his kingdom between his three daughters, testing their love for
him – a decision that leads to political chaos, familial betrayal and ultimately, madness.

Mohyeddin is a British-Pakistani actor, producer, director and television broadcaster who has appeared in both Pakistani cinema and television, along with British cinema. He is also known for originating the role of Dr Aziz in the stage play of A Passage to India. While Ahmad, is currently teaching at the National Academy of Performing Arts (Napa).