Hollan­d admits he openly wept to Disney CEO about the possib­ility of not return­ing to MCU
By Entertainment Desk
Published: December 7, 2019
Tweet Email 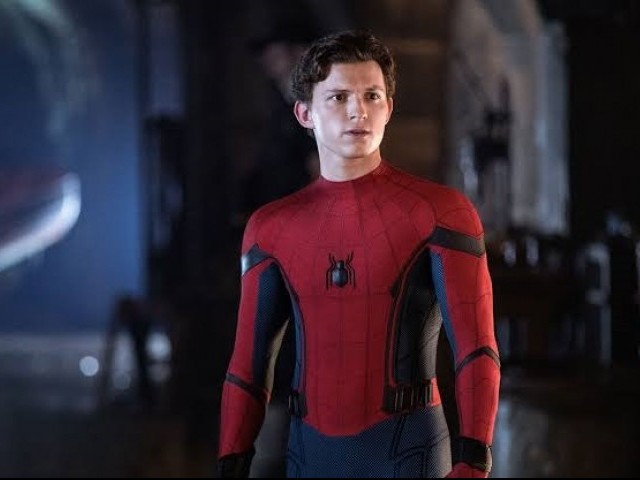 Tom Holland’s Spider-Man was about to leave Marvel’s Cinematic Universe over the summer when word got out that Disney and Sony were failing to come to terms on a new agreement to share the character.

However, Tom Holland proved to be an significant figure in bringing the two studios together, with just one drunk and emotional phone call, According to Indie Wire.

During the actor’s December 4 appearance on Jimmy Kimmel Live, Holland opened up about his side of the Disney-Sony split drama. The story memorably includes a drunken phone call with Disney CEO Bob Iger that left Holland in tears.

“We were at D23 and the news came out and I was obviously devastated,” Holland recalled. “It was awful. I asked if I could get Bob Iger’s email because I just wanted to say, “Thank you, this has been an amazing five years of my life. Thank you for changing my life in the best way and I hope that we can work together in the future.”

I got his email and I sent him the email and he responded very quickly saying he’d want to jump on the phone and asked when I was free.”

Holland continued, “So, two, three days go by and then my family and I went to the pub quiz in our local town. We’re doing a quiz and I’m three pints in, haven’t eaten much, and I get a phone call from an unknown number and I have a feeling. I’m like, “I think this is Bob Iger but I’m drunk.”

Thus, a drunk Holland picked up the phone and wept to Iger over the possibility of his Spider-Man character being removed from MCU due to a disagreement.

“I was really emotional because I felt like it was all coming to an end,” Holland said.

Disney and Sony announced September 27 it had finally come to an agreement to share the character for a third MCU movie following Spider-Man: Homecoming and Spider-Man: Far From Home. The latter was released this summer and grossed over $1 billion at the worldwide box office. The next Spider-Man has already been set for a theatrical release on July 16, 2021.

Akshay was the first person to know I was in love with Saif: Kareen Kapoor