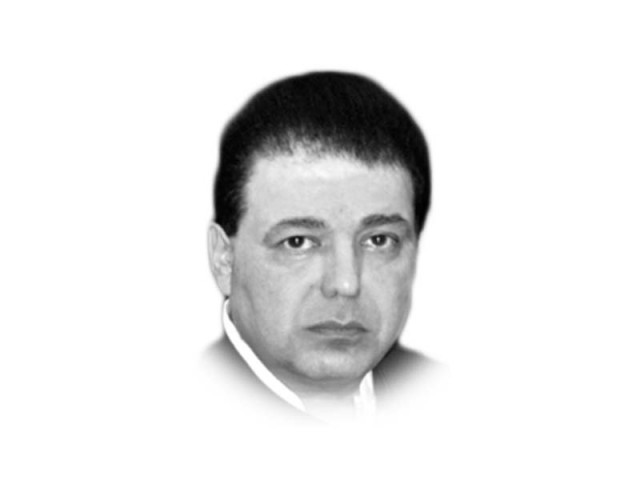 The writer is global affairs, public policy and security analyst, and a senior civil servant

The military siege of IOK continues unabated. India impudently refers to Kashmir as its internal matter. Notwithstanding the obvious ludicrousness of this assertion, it is a stratagem used to underscore and reinforce the fictional legitimacy of India’s claim to Kashmir. It also symbolises an ungainly endeavour to masquerade the Indian military’s kill-maim-arrest policy in IOK as a security paradigm rather than an occupation model. But the chicanery residing at the root of this policy is also New Delhi’s Achilles heel. Consequently, Pakistan needs to reframe its Kashmir narrative to expose Indian atrocities in the valley and vigorously internationalise the dispute so the world can prevent IOK from becoming another Auschwitz.

Pakistan should reintroduce the Kashmir issue to the world through the UN and other relevant fora with renewed vigour and solemnity. Given India’s enormous diplomatic clout and economic strength, Pakistan will have to mount an exceedingly efficient diplomatic offensive to garner the world’s support. A suitably modified and efficacious Kashmir narrative would be a critical part of that offensive.

The Kashmir issue should not be framed as an India-Pakistan issue, Hindu-Muslim quarrel or a territorial row. Likewise, it should not be painted as a border dispute or an “atoot ung/jugular vein” binary. Kashmir’s sombre tale should be exclusively told with reference to the unspeakable woes of the millions of innocent souls facing persistent India-sponsored terrorism in IOK. It should be presented as an unambiguous narrative, a truth told eloquently, a fact put across unequivocally and a catastrophe explained poignantly. It should relate information accompanied by reliable statistics regarding deaths, injuries, illegal arrests, rapes, gang rapes and physical torture and bring to light the fact that Kashmir is being slowly benumbed by violence to make its population unresponsive to pain and agony. This blood-soaked description of the situation in IOK should remain vividly etched on the world’s conscience.

The UNSC’s elite “informal consultations” forum should be used frequently to agitate the issue. Recently, the UNSC held an exclusive meeting about the situation in IOK, signaling that the UN did not accept the Indian claim that IOK was its internal matter. China’s help should be sought to activate the UNSC. The Office of the UN High Commissioner for Human Rights, the 47-member UN Human Rights Council, and the European Parliament’s Sub-Committee on Human Rights are well-known entities which should be approached by Pakistan for the formation of independent missions and commissions to investigate India’s horrendous crimes in IOK. Prominent NGOs like Human Rights Watch, Amnesty International, and Genocide Watch have all dealt with IOK and their reports regarding the carnage in Kashmir should be disseminated far and wide. OIC’s Independent Permanent Human Rights Commission should similarly be pushed to conduct an independent study on IOK. The world must be apprised of the situation in the occupied valley. Repeatedly.

Evidently, a diligent reframing of the Kashmir issue would make it easier for the world to relate and respond to it. India’s deception should be fought with the truth. That is the honourable course.