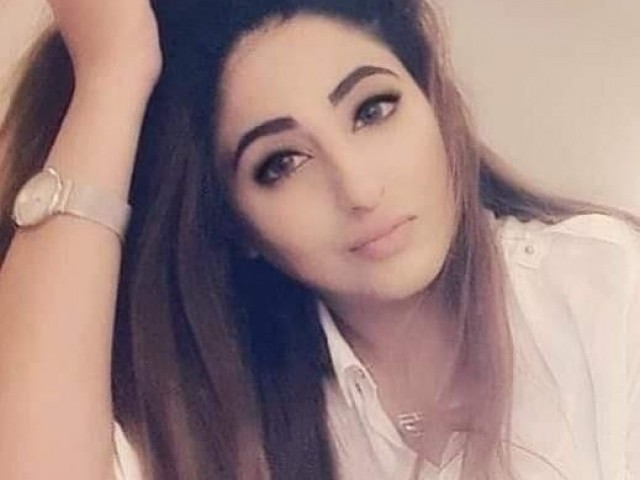 A video circulating on Whatsapp caused a social media uproar on Thursday night. The private, intimate video was being shared around as actor Fatima Sohail’s ‘leaked’ video.

This made Twitterati come up with all sorts of theories in connection to the domestic violence case Sohail had filed against former husband and actor Mohsin Abbas Haider. While some felt sorry for Sohail, others lauded Haider for having made the ‘right’ decision.

On Friday night, Sohail took to Instagram to rubbish all the hearsay, terming the video inappropriate and fake. She also said that she has lodged a complaint to the Federal Investigation Agency (FIA) to investigate the matter. 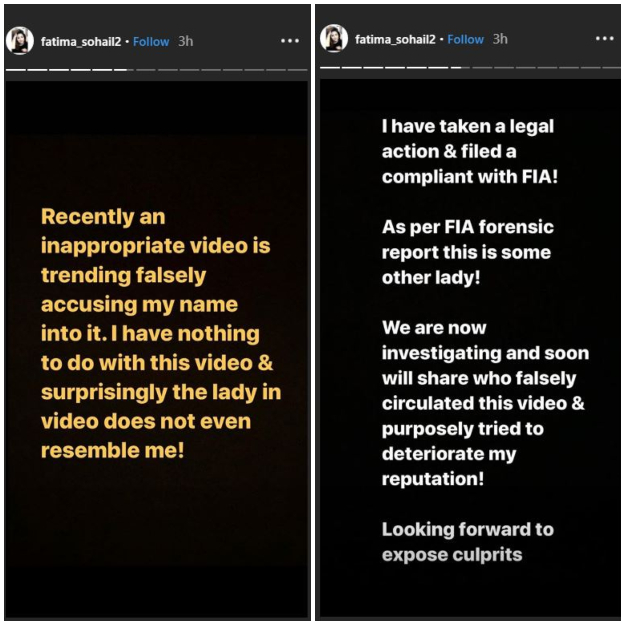 “An inappropriate video is trending falsely with my name recently. I have nothing to do with this video and surprisingly the lady in the video does not even resemble me,” she wrote.

Sohail then went onto say that she had filed a complaint with the Federal Investigation Agency and as per their forensic report, the video shows someone else.

“I have taken a legal action and filed a complaint with the FIA, and as per their forensic report this is some other lady. We are now investigating and will soon share who circulated this video and tried to defame me.” 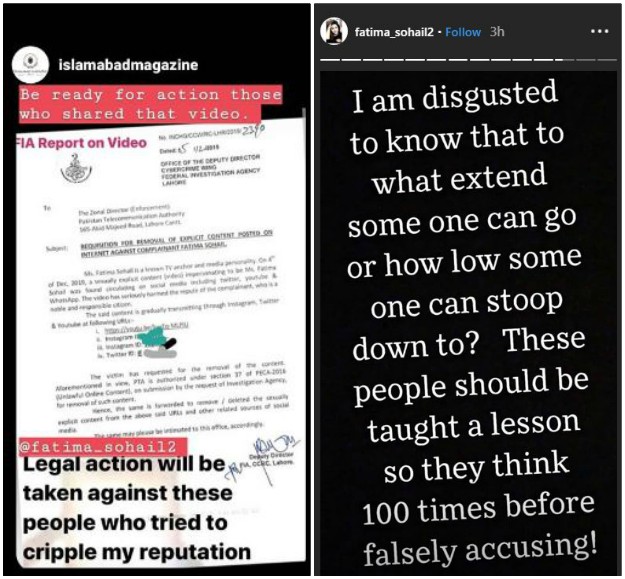 The starlet also shared a copy of the complaint. “I am disgusted to know how low someone can stoop. These people should be taught a lesson so they think a hundred times before accusing someone!” she said.

Sohail also added another post appreciating the efforts of FIA, in order to help resolve the issue. 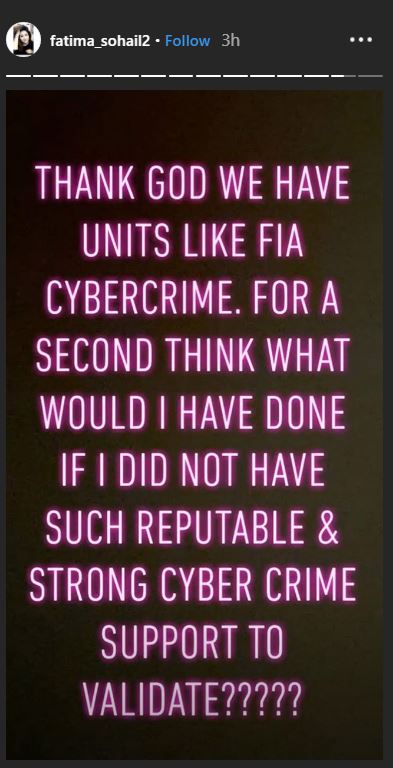 “Thank God we have units like FIA cyber crime. In fact, what would I have done without such a reputable and strong cyber crime support to validate my claims?” She concluded.