In an interv­iew, Sanjay Kaw tells of his infilt­ration into ranks of Hindu fanati­cs to learn their plans
By Anadolu Agency
Published: December 6, 2019
Tweet Email 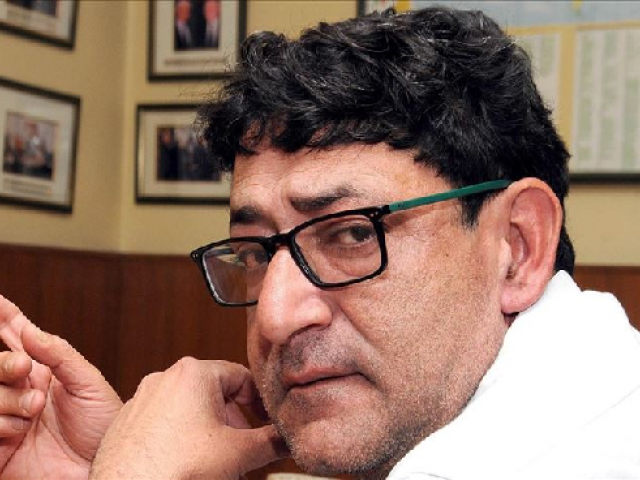 As an undercover journalist, he infiltrated into the ranks of kar sevaks (Hindu volunteers). He unearthed a conspiracy days before a charged fanatic Hindu mob demolished the mosque, on Dec 6, 1992.

A few days earlier, then Chief Minister of the state of Uttar Pradesh Kalyan Singh had given a written undertaking to the Supreme Court ensuring the maintenance of the status quo.

Relying on his promise, the central government led by Prime Minister Narasimha Rao and other government institutions were sure that no harm will come to the mosque. Kaw, however, was not sure.

Risking his life, he merged into the ranks of kar sevaks and got whiff of all their plans. On eve of the anniversary of the demolition of the historic mosque, Kaw recalled his adventure in an interview with Anadolu Agency.

Anadolu Agency: How did you get the risky idea to infiltrate into the ranks of kar sevaks?

Sanjay Kaw (SK): I was working for The Statesmen newspaper in 1992. One night, while I was returning home, I asked my driver if he has any story idea. He gave me a tip-off that kar sevaks who are going to Ayodhya, are preparing for something big. The next day, I shared the same idea in the office. My editor told me to travel to Ayodhya as a kar sevak. Initially, I thought he (editor) was kidding and I ignored his suggestion. The next day, he asked me why I had not left. Then I decided to travel to Ayodhya. But the credit of idea rests with the driver.

AA: How difficult was it to travel to the city of Ayodhya pretending as a kar sevak?

SK: Before starting my journey, I visited the office of the Bharatiya Janata Party (BJP) in New Delhi. I got an introductory letter from them. I wrote my name as Sanjay Kaul and told them I was keen to participate in the building of the temple. Soon, I boarded a train with a group. Some people did question me about my antecedents. When we reached the district headquarters of Faizabad, a few miles away from Ayodhya, I was repeatedly questioned by another batch of volunteers. They were extremely cautious. I showed them a letter, I had procured from the BJP office. I pretended to be an engineering student, who had to abandon his studies, because of militancy in Kashmir. At least five to six people interrogated me. I never knew that it was going to be so tough. Yes, I did start feeling a threat to my life.

AA: What was going on in Ayodhya? How was your time as a kar sevak?

SK: When I reached Ayodhya, I was again questioned. Possibly I was a new face for them. But I silenced them, by telling them that I am a Kashmiri Pandit (Hindu). I was allotted a tent along with others. I was also chanting slogans of Jai Shri Ram like them. They started breaking graves near the mosque. I also helped them to dump the debris in the nearby pond. They were in a way rehearsing to demolish the mosque a few days later. They were talking in whispers about the plan, lest any intelligence mole or journalist may get a whiff of it. I would spend most of the time with kar sevaks. A sadhu (Hindu saint) carrying a walkie-talkie set told me that they were keeping tabs on journalists, who were staying in a local hotel. I was also taught how to use a knife.

SK: The activities of kar sevaks had scared me. I decided to leave as soon as possible and tell the world that the mosque will be demolished. I convinced them to let me return to Delhi, to get more volunteers. Upon reaching Delhi, I broke the story. This story should not be seen from the prism of politics or any religion. I did the job of a journalist. The reports of other journalists were mostly based on political statements and assurances of leaders etc. My reports were different because I succeeded to depict the ground situation. And I have never returned to Ayodhya since then.

AA: What was the first impression when you heard about the demolition?

SK: On Dec 6 evening I heard about the demolition, at a wire news agency office. As a journalist, I felt happy, because my story was turning true bit by bit. Nobody in Delhi had believed my reports. Everybody had been carried away by assurances, the provincial government had made at the apex court. As a human being, I was feeling sad. Whatever I had witnessed during my stay in Ayodhya, I had faithfully written in the newspaper, I was working with.