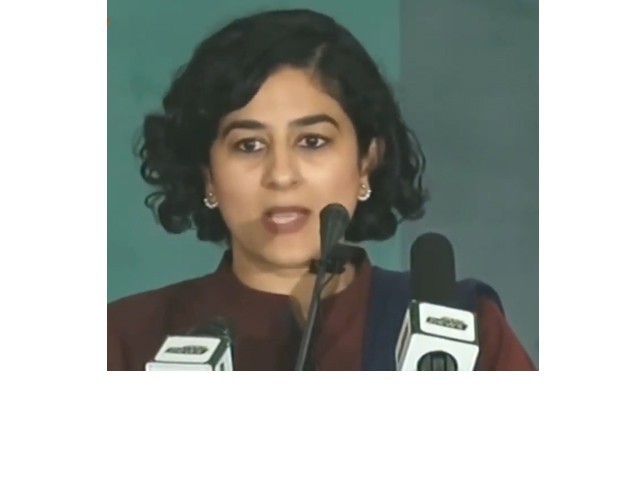 KARACHI: In its latest efforts to strengthen the digital landscape of the country, Prime Minister Imran Khan on Thursday launched ‘Digital Pakistan’ aimed at introducing the latest technology for public welfare.

The project will be headed by former Chief of Staff and Head of Strategic Initiatives on the Next Billion Users (NBU) team at Google Tania Aidrus, who left her very well-paying job and has come to Pakistan to head Digital Pakistan on the request of the premier.

Thank you PM @ImranKhanPTI and @JahangirKTareen for giving me the opportunity to contribute back to Pakistan. With everyone’s support we will inshallah make #DigitalPakistan vision a reality.

Before her appointment at Google, Aidrus co-founded ClickDiagnostics— a mobile health diagnostics company that connects patients in rural areas to doctors around the world.

“A person I knew told the prime minister about me and forwarded an email to his reform team to contact me. Over the next course of months, I was in contact with Jahangir Tareen and members of the federal cabinet. I even met the president before I met Prime Minister Imran and discussed the project,” Aidrus said during the launch ceremony.

She stated that the Pakistan Tehreek-e-Insaf-led government was taking roti, kapra aur makaan a step forward to roti, kapra, makaan aur internet considering access to internet a right of every Pakistani.

She highlighted the strong role middle-income group plays in the country’s economy and the high rate of consumer spending but also added that there was a lack of technological penetration which is a major setback.

“Technology is a fast-growing sector that accumulates to a billion-dollar enterprise, there are around 70 million broadband internet users and yet the tech industry is not able to cater to this growing number,” she added.

Aidrus underscored the importance of government providing an enabling environment for the immense tech talent the country has.

Speaking about connectivity and internet across Pakistan Aidrus said: “A soldier posted in Siachen gets one opportunity a week to speak to his family members. I want to ensure that whenever he connects to his family via a video call, he is able to do so without any issues.”

She further said that she wants to “put Pakistan on the map” as far as technology and innovation were concerned while emphasising on the fact that new tech startups should be allowed to open bank accounts and complete the paperwork required in order for them to officially launch.

Under the leadership of Imran Khan, PTI has focused its energy in launching citizens portal that was to help Pakistanis in reaching government offices and it comes as no surprise that the head of ‘Digital Initiatives’ also discussed that Rs 3 trillion is wasted each year on the procurement that our government offices require that is largely paper-based and all of which could be saved and invested elsewhere if everything was digitised.

Aidrus also focused on ease of conducting businesses and attracting investors that would eventually bring big companies to Pakistan.