IMF had condit­ioned the govt to stop borrow­ing from the centra­l bank under its latest $6 billio­n loan progra­mme
By Salman Siddiqui
Published: December 5, 2019
Tweet Email 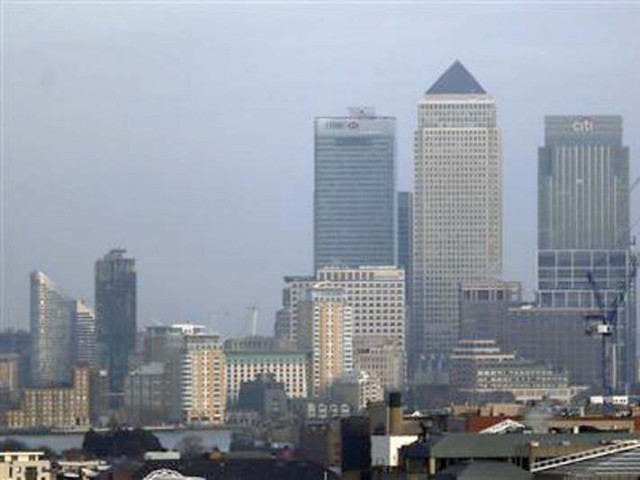 The US-based credit rating agency gave the decision in the backdrop of the banks’ huge risk-free lending to the government for its annual budgetary requirements and anticipated a further improvement in banking operations ahead of foreseen gradual acceleration in economic growth in the country.

To recall, the International Monetary Fund (IMF) conditioned government of Pakistan to stop borrowing from the central bank under its latest $6 billion loan programme kicked start in July. The conditioning agreed the government to borrow from commercial banks to meet the gap budgetary financing.

The global credit rating agency said the banks’ rating actions reflect improvements in the operating environment in Pakistan and in the country’s sovereign credit profile, which affect the banks’ given (1) their high government exposures that link their credit profiles to that of the government; and (2) the expectation that the government’s capacity to support banks in case of need will not deteriorate.

“The primary driver of Moody’s decision to change the five Pakistan banks’ outlooks to stable is the extensive interconnectedness between their balance sheets and sovereign credit risk, owing to the banks’ high exposures to government securities,” it said.

These credit strengths balance banks’ modest capital buffers and high asset risks, as well as their high exposure to the government, which links their credit profile to that of the government.

According to Moody’s estimates as of the latest available information, the five banks’ direct exposure to government credit risk stood at around 10.2x of Tier-1 capital for ABL, 8.1x for HBL, 6.4x for MCB, 9.5x for NBP and 6.8x for UBL.

“Moody’s does not have any particular environmental, social or governance concern for the banks included in this action, and does not apply to any corporate behaviour adjustments to them,” the agency underscored.

The high direct exposure to government credit risk, in addition to the primary Pakistan focus of their operations, links the banks’ credit profile to that of the government. “As a result, the improvements in the operating environment and in the sovereign credit profile have eased pressures on banks as well.”

The stable outlook assigned to the banks’ local currency deposit ratings also reflects Moody’s expectation that the government’s capacity to support banks in case of need will not deteriorate.

Moody’s latest decision on banks is having direct connection with its Monday’s decision in which it upgraded its outlook for Pakistan economy to B3 stable from negative.

“This (rating no banks) is reflected by the stable outlook on Pakistan’s sovereign B3 bond rating which is driven by reduced external vulnerability risks on the back of policy adjustments and currency flexibility, as well as ongoing fiscal reforms that will mitigate risks related to debt sustainability and government liquidity.”

“The local currency deposit ratings of NBP and HBL incorporate one notch of support uplift from their caa1 baseline credit assessments.”

The outlook on the five affected banks’ local currency deposit ratings is stable, aligned with the stable outlook on the sovereign rating of the government of Pakistan. Further improvements in the operating environment and in the sovereign’s credit risk profile could place upward rating pressures, it said.

“Moody’s would downgrade the banks’ ratings in the event of a weakening of the Pakistan sovereign’s creditworthiness. Additional pressure may arise from a weakening in banks’ baseline credit assessment, driven by asset quality pressures that also affect banks’ capital buffers,” it warned