Emma Stone is getting married

Emma Stone is getting married

The Hollyw­ood actor has a big ring and big smiles all around­
By Entertainment Desk
Published: December 5, 2019
Tweet Email 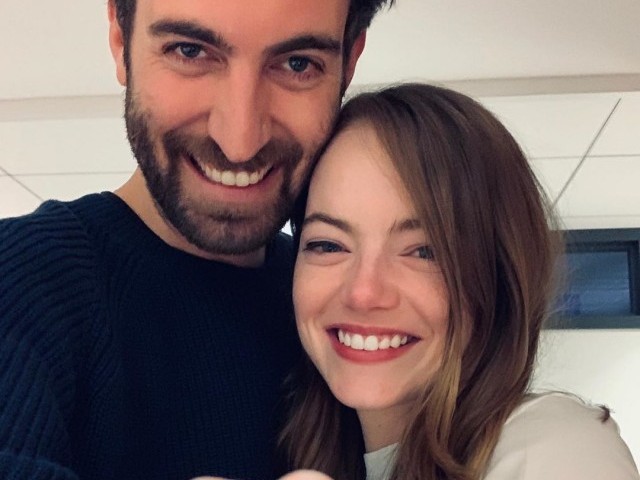 Fans are sending many congratulations to Hollywood actor Emma Stone. The Zombieland star is officially engaged to boyfriend Dave McCary.

Of course, the announcement came via Instagram, where McCary posted a snapshot featuring Stone, the ring, and big smiles all around. He captioned it with a heart emoji and nothing else needed to be said.

Stone hasn’t made any official statement, but is showing off the ring on the social media site, reported InStyle.

McCary, who works on Saturday Night Live, has been linked to Stone since 2017. Though they keep their relationship out of the headlines, the two did appear together on the red carpet at the 2019 SAG Awards, where Stone was nominated for two awards.

They’ve also been seen together at basketball games and attended the Met Gala’s Boom Boom Afterparty. Back in April, she was seen wearing a ring, Page Six notes, though it doesn’t seem that it was an actual engagement ring. With McCary’s photo, the speculation about that ring can officially end.

It’s suspected the two met three years ago when Stone hosted SNL in December 2016. While the two have been tight-lipped about their romance, Stone opened up to Elle last summer about her changing interest in marriage and motherhood.