Says no ‘opport­unist’ or ‘turnco­at’ can force him out of party
By ​ Our Correspondent
Published: December 5, 2019
Tweet Email 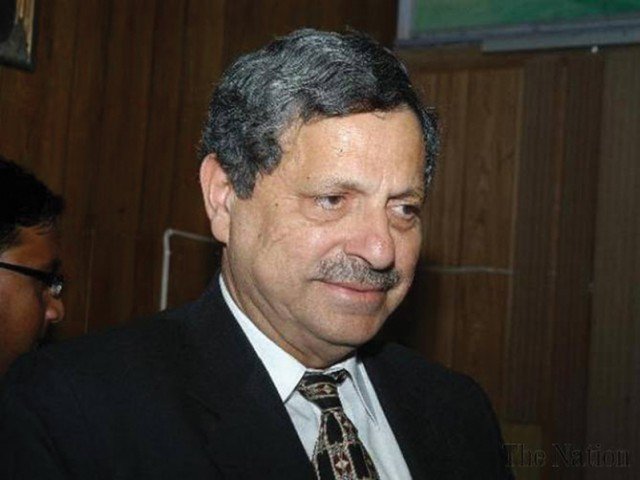 A file photo of Hamid Khan.

ISLAMABAD: Senior lawyer Hamid Khan, one of the founding members of the PTI, has said no “opportunist” or “turncoat” could force him to quit the party.

“Let me make it loud and clear that I will not quit the party under any circumstance. The party is my sweat and blood. I have spent thousands of man hours to give it its thought and direction,” he wrote in a letter to PTI Secretary General Amir Mahmood Kayani in response to a show-cause notice issued to him on December 1.

“No opportunist, turncoat, land grabber and sugar or other corrupt mafias can force me out of the party,” he added.

“Staying within the limits of the law and the Constitution, I will do everything possible to protect and defend my party membership. I will stand by my fellow party workers through thick and thin, come what may. I will be their voice. I will not abandon them to be victimised by outrageously evil elements that have entered the party.”

The PTI had suspended Khan’s basic party membership for allegedly tarnishing image of the ruling party in the print and electronic media.

He was given seven days to explain his position over allegedly speaking against and defaming the party.

“Let me inform you that show-cause notices are required to be specific and detailed clearly spelling out the allegations contained therein to facilitate the respondent to appropriately and adequately respond to them,” he wrote.

“Nevertheless, I do not hold you [Kayani] responsible for that. If the entire legal team of the government could not draft a proper notification for appointment of COAS, as observed by the Honourable Supreme Court, how can I blame you for not being able to draft a proper show cause notice,” he added.

“You have made vague, ambitious and unintelligible allegations. When did I speak against the chairman? On what date and on what forum? Before which newspaper reporter or correspondent or TV anchor and if so, when?” he asked.

“It is my impression that my opinion, expressed in the media about the legality and constitutionality of the extension in service of the COAS and my stance on accountability of judges have disturbed the sensitivities of those belonging to the powers that be and my party has been pressurised by those quarters to take action against me. My impression might be wrong but it is important to know who has compelled you and the chairman to initiate proceedings against me.”

He maintained that removing or suspending a founding father of a party was unheard of in the annals of a democratic dispensation. “Doing so would only negate the legitimacy of the party and its members. These are known to be ‘democratic conventions’, a concept perhaps way beyond your comprehension. However there is no harm in learning, even at any stage.”

Reminding Kayani about his role in drafting the PTI’s constitution, Khan wrote: “It deeply hurts me when I observe and witness flouting of these objects and ideals at the hands of opportunists whose politics have always been repugnant to these objects and ideals. Genuine and sincere party members are getting estranged and disaffected while opportunists are destroying and subverting the ideology of the party.”

“It is strange that though the matter concerns internal working of the party, yet you [Kayani] have chosen to release it [show-cause notice] to the media, print as well as electronic. It is a highly improper conduct on your part. Since you have gone to the media, therefore, I have every right to release my reply to the media as well.”

The senior lawyer wrote that he had received the notice on December 2 and was surprised to find out that Kayani had been appointed the party’s secretary general.

Pointing out a corruption case against Kayani, we wrote: “I hope you [Kayani] have cleared yourself of such charges because you shouldn’t be serving in such an important capacity in the PTI being yourself under cloud.”