Borrowing soars to $10.4b in PTI’s first year in power

Borrowing soars to $10.4b in PTI’s first year in power 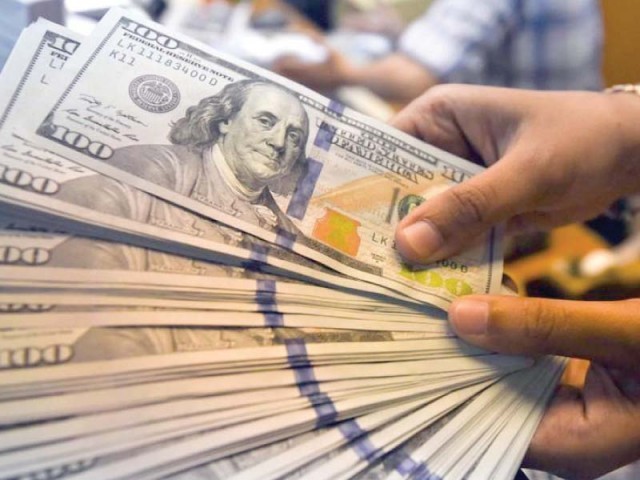 ISLAMABAD: Prime Minister Imran Khan’s government took $10.4 billion worth of foreign loans in its first year in power and 46% of these were short-term expensive commercial lending, secured at up to 5.5% interest rate.

The most expensive commercial loans were obtained from Chinese banks that were contracted at six-month Shanghai Interbank Offered Rate (Shibor) plus 2.5%, according to the information that the Pakistan Tehreek-e-Insaf (PTI) government on Wednesday submitted before the National Assembly.

However, Chinese commercial loans were secured for two to three years period while the European and Gulf-based commercial banks provided loans for one year.

Pakistan took the International Monetary Fund (IMF) loan at interest rate of 4%, according to the fresh details – the cost that was higher than the 3% rate earlier reported by the Ministry of Finance.

These foreign loans were obtained from August 2018 to September 30, 2019. The $10.4 billion loans are exclusive of disbursements by China, United Arab Emirates and Qatar. The loans from these countries are not booked on the books of the federal government. All these loans have been obtained to stabilise foreign exchange reserves, finance the development projects and repay the maturing foreign loans.

Before coming into power Prime Minister Imran Khan was very critical about taking foreign loans. But after coming into power, the premier is implementing the same policies, which were applied by the PML-N government to temporarily inflate foreign exchange reserve, like the foreign commercial loans.

From August 2018 to September 2019, the PTI government took $4.8 billion worth of foreign commercial loans, according to the EAD. The government took $365 million loan from the Ajman Bank at 3-month London Interbank Offered Rate (Libor) plus 3.44%, which was equal to 5.36% interest rate.

The government took another $2.235 billion from three Chinese banks at an interest rate of six-month Shibor plus 2.5% for a period of three years. It also obtained $300 million from another Chinese bank at three-month Libor plus 3.25%, according to the EAD.

The Libor and Shibor based rates have been converted on the prevailing rate on Wednesday. The cost may slightly go either up or down, depending upon movement of interest rates.

The PTI government took $1.8 billion loans from the bilateral creditors in its first year in power, according to the EAD. It obtained $1.53 billion loan from China at various interest rates and maturity period. The $1.3 billion loan was obtained for a period of 20 years at interest rate of 2%. The repayments of these loans would begin after five to seven years.

The share of the multilateral lending stood at $2.8 billion or slightly above one-fourth of the total loans obtained by the PTI government in its first year in power. The World Bank gave $556 million concessional loan for up to 30 years at interest rates ranging from 2% to 3.4%.

Parliamentary Secretary for Finance Makhdoom Zain Hussain Qureshi told the National Assembly that the official foreign exchange reserves that stood at $8.9 billion as of November 26 2019, have slipped to $7.9 billion this week after the government paid $1 billion Sukuk bonds.