The state would have to addres­s the chaos surrou­nding the concep­t of legiti­macy and power
By Durdana Najam
Published: December 5, 2019
Tweet Email 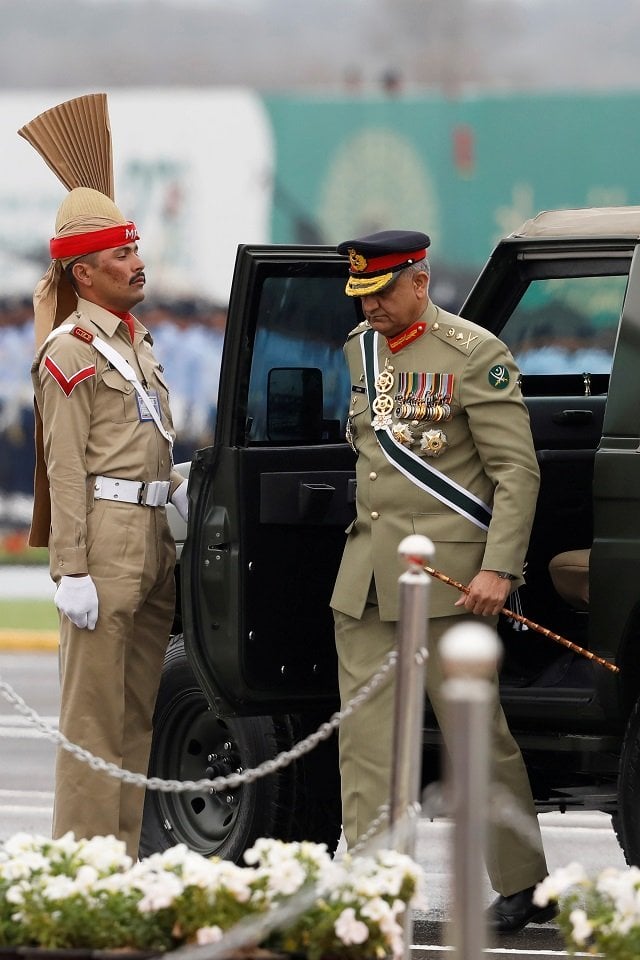 Uncertainty wrapped the country as the saga of the Chief of Army Staff’s (COAS) tenure extension unfolded. The dissidents wondered if the highest court had come of age to decide against Pakistan’s most powerful institution. The conformists waited for the court to realise its needless intervention into a matter of national security and revert the issue where it belonged — the PM’s Office. Those in rank and file doubted if the judges knew the low road they had taken. And the public was anxious to know who was at fault: the government, the judiciary, the army, or all of them.

If it was the government’s fault, what would explain the previous extensions of the COAS’ tenure to which no eyebrows were ever raised leave alone the hullabaloo? If the buck stopped at the judiciary, what would explain its silence on or compliance in the previous appointments and extensions of the army chiefs? If the army was to blame, what would explain its institutional integrity that stands compromised before the Supreme Court’s (SC) observation that: “We have examined Article 243(4)(b) of the Constitution, Pakistan Army Act, 1952, Pakistan Army Act Rules, 1954 and Army Regulations (Rules), 1998 and in spite of the assistance rendered by the learned Attorney-General, we could not find any provision relating to the tenure of COAS or of a General and whether the COAS can be reappointed or his term can be extended or his retirement can be limited or suspended under the Constitution or the law.”? And if all three of them have been prevaricating the Constitution, what would explain their crying over the prevailing corruption and institutions not functioning within their domain?

Fierce debate attended the delineation of the Prime Minister’s authority to appoint or re-appoint or extend or limit the retirement — phrases used in the various notifications the government had been producing before the court — of the COAS, while each one of the concerned authorities, with separate intentions and concepts of national security, manoeuvred for the advantage in a manner that bore no apparent relationship to the supremacy of the law. At one juncture, perhaps exhausted of its own follies, Attorney-General for Pakistan Anwar Mansoor Khan asked Chief Justice Asif Saeed Khosa to show leniency lest an undue pressure “breaks the rigid rod”.

The climax to this process of “reverse engineering” came when, applying “judicial restraint”, the SC rolled the ball back to the Prime Minister’s office, this time for a different reason, though, “to specify the terms and conditions of the service of the COAS through an act of Parliament and clarify the scope of Article 243 of the Constitution”.

Because of its conjectural style of doing business and the accompanying haughtiness towards the opposition, the ruling party is believed to have a tough time getting the constitutional amendment made. Unless the amendment is made, the COAS, General Qamar Javed Bajwa, will remain in office for only six months as per the SC’s order.

This interim arrangement has prevented the country from falling into despair. Though questions have been raised about the legitimacy of this verdict considering there is no law to even appoint the army chief leave alone extend his tenure. In the prevailing polarisation, where suspicion is cast on any matter that does not align with any particular mindset, it was the best the apex court could do.

Following the verdict, the load of creating this uncertainty was laid on the court. The over-riding question was: what attracted the judges to a petition against the COAS’ extension, late in the day — when only three days were left for the Chief to leave his office? The relevance of this question, notwithstanding that it looks like an exaggerated attempt to only put the judiciary in the crosshairs. It would further muddy the question of legitimacy and power.

Let us be frank about it. In the game of power in Pakistan the tilt has always been on the side of the military, which explains why a lull has prevailed for so long regarding the question of the extension of the COAS’ tenure.

By virtue of their intuitional formation, both the judiciary and the military are disciplined because of their hierarchical dispensation. This impenetrable halo had been instrumental in allowing irregularities to go unnoticed or easy to hide. For the politicians, divided among themselves and ignorant of parliamentary norms and discipline, keeping a lid on their corruption has been a chore. Therefore, the more united and disciplined ones swept to power.

To destruct this unnatural power structure, the state would have to address the chaos surrounding the concept of legitimacy and power.

Any system of order is a composition of two elements: a set of commonly accepted rules and a balance of power. The former defines the limits of permissible actions, the latter enforces restraints. Together they prevent one political unit from subjugating all others. This sequencing of legitimacy and power ensures adjustment of confrontations and challenges among the institution within the existing order.

Howsoever it may have happened, the SC’s decision to invest power in Parliament could, in all likelihood, have positive consequences. One, it should blow the myth of “being on one page” — a symbolic way of saying that all is well and running between the government and the military. Two, it should reject the personality-based politics, establishing the norm that the state does not rely on any single person or institution for its security. Three, it should break the impasse to the dispersal of power and spread it thin to empower all.

What other than Parliament could have been a better platform to strike this right chord?

The politicians have an opportunity to establish the power of Parliament and amend Article 243 in a manner that suits the state. It is also a unique opportunity for the political parties to unite and devise a framework that limits the exercise of power within the scope provided in the Constitution.

Though the ball is in the court of the politicians — to prove that they have come to rise above personal interests — it is equally incumbent upon the powers that be to resist the temptation to tweak the system to get a favourable result. Any repeat to the Senate Chairman’s election would make Pakistan look weak.