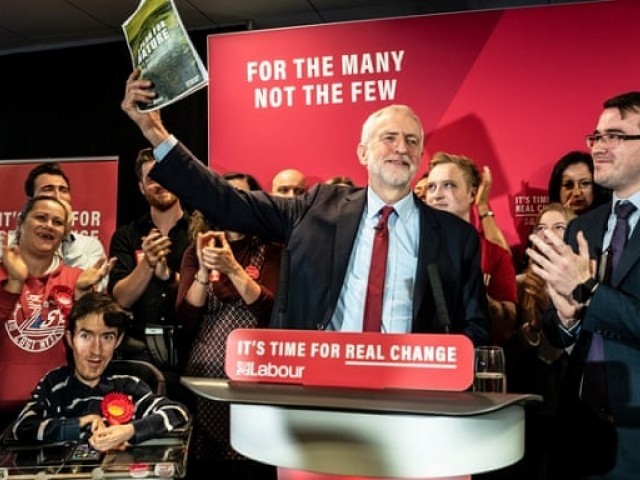 LONDON: How to tackle the climate crisis has become a key issue in Britain’s December 12 general election. Here are some of the policies put forward by the main parties:

Prime Minister Boris Johnson, whose campaign is built around delivering Brexit, is pledging to make Britain carbon neutral by 2050 — the least ambitious target date of all the parties.

The Tory manifesto is also the lightest in detail and figures for environmental policies. Friends of the Earth even brand some policies “actively damaging”.

In its appraisal, Greenpeace scored the Conservatives lowest of the four parties standing nationwide.

The party promises to invest £250 billion in a “green transformation fund” dedicated to the transition to clean energy and transport and environmental restoration.

Its so-called “green industrial revolution” aims to create one million jobs and includes plans to nationalise the electricity and water utility industries.

Labour, led by veteran socialist Jeremy Corbyn, also wants to stop companies that fail to act over climate change from remaining listed on the stock exchange.

A tax on oil companies is also on the cards.

It has set the 2030s for Britain to become carbon neutral, relying on ramped up solar and wind power to meet the target.

The party also plans to end the sale of cars with internal combustion engines by 2030.

The anti-Brexit Lib Dems aim to end fossil fuel subsidies by 2025, have the country powered 80 per cent through renewable energy by 2030 and be fully carbon neutral by 2045.

The party also stipulates that within a decade all new cars sold must be electric.

It will set up a green investment bank with an initial cash injection of £5 billion to fuel the switch to clean energy.

The Lib Dems are promising to insulate all homes by 2030, and introduce a tax on the 15 per cent of frequent flyers who take 70 per cent of flights.

The party is also planning a new government department of climate change and citizens’ assemblies to decide what further action should be taken.

The original party of environmental advocacy, its policies remain the most ambitious and score the highest in Greenpeace’s rankings.

It has vowed to make Britain carbon-neutral within a decade by investing £100 billion each year to overhaul housing, transport and other sectors in its own green new deal.

Trump on trial: the road to impeachment