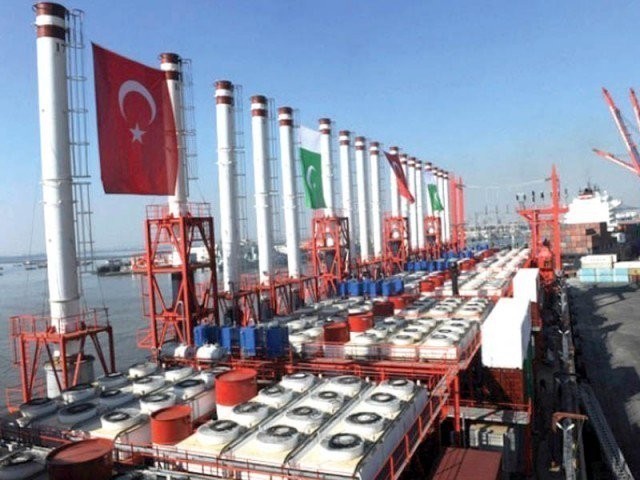 ISLAMABAD: The federal government has decided to initiate action against the federal minister and federal secretary for their alleged involvement in irregularities in the Karkey rental project irregularities and put their names forward to the National Accountability Bureau (NAB).

The federal cabinet that met under the chairmanship of Prime Minister Imran Khan at PM Office was presented the agreement of settlement for Karkey rental project and was informed that with the help of Turkish President Recep Tayyip Erdogan, Pakistan had been pardoned a penalty of $1.2 billion imposed by the International Centre for Settlement of Investment Disputes (ICSID).

The members of the cabinet were told that action would be taken against the then federal minister Raja Pervaiz Ashraf and federal secretary Shaid Rafi for their misdeeds in the Karkey project and their names would be forwarded to the anti-corruption watchdog.

According to sources, the cabinet was told that Pakistani officials involved in project had confessed to the irregularities.

However, it was decided that in view of the agreement, the proceedings would not be extended to the foreigners involved in the case.

The Karkey Karadeniz Elektrik Uretin (KKEU) was one of 12 rental power companies that had been awarded contracts by the PPP government in 2008-09 to ‘resolve’ the power crisis.

A ship was brought to Karachi port in April 2011 to provide electricity to the national grid under the then government’s Rental Power Plants (RPP) policy to overcome the energy crisis. However, it failed to generate 231 megawatts as was required under the agreement, even though $9 million had been paid to the company in advance as capacity charges.

The plant produced only 30-55MW of electricity and that too at a cost of Rs41 per unit, which was a serious breach of contract, according to the prosecution. This led to a 50 per cent increase in the refund claim by the government, from $80m to $120m.

Meanwhile, approving a 10-point agenda, the cabinet sanctioned the property budget of AJK for the financial year 2019-20.

The premier and the cabinet praised the economic team for improving global economic index of Pakistan.

According to a statement issued by the PM Office, Adviser to PM on Finance Abdul Hafeez Shaikh briefed the cabinet about the recognition of global institutions on the improving economic situation in the country.

He said that four major global institutions including the World Bank, Asian Development Bank, IMF and Moody’s had acknowledged the improvement in Pakistan’s economy.

“Improvement in economic growth has increased the confidence of domestic and foreign investors and the business community,” he said.

He added that Foreign Direct Investment had improved by 286% as compared to last year and the stock market had reached 40,000 points after eight months.

The premier said that further strengthening the economic process and providing relief to the common man was the top priority of his government.

PM Imran directed the cabinet to inform the people about the achievements of the government on the economic front so that the confidence of the business community was restored.

The cabinet was further informed that the government was trying to provide subsidy to consumers using up to 300 units, which was 75% of the total number of domestic users so that the burden of increasing the power tariff would not affect them.

Special Assistant for Petroleum Nadeem Babar said that measures were being taken to apprise people about saving gas in winter.

In order to provide relief to the consumers, Babar said a proposal was under consideration to allow them to pay additional bills of gas used in winter in installments or to pay in summer as in summer the overall consumption of gas was less.

The cabinet approved a further six-month extension in the implementation of Pakistan Essential Services (Maintenance) Act, 1952 in all positions of Pakistan Security Printing Corporation and Security Papers Limited Karachi.

The cabinet said that under the above law, the above-mentioned courts were being entrusted with the responsibility of setting up special courts and hearing children-related cases in the first phase until they become fully functional.