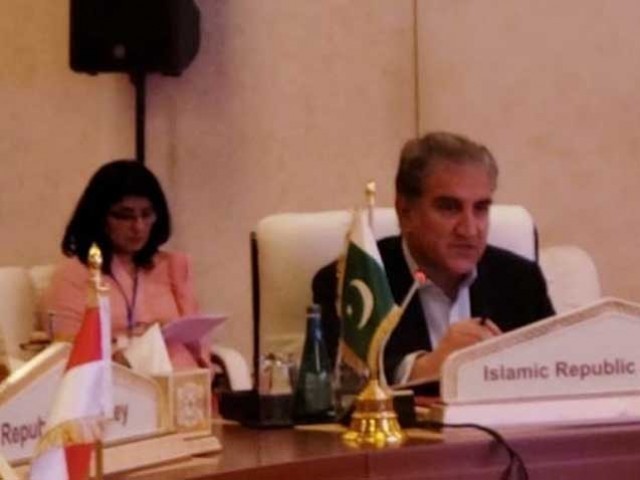 Five nations to hold summit in Malaysian capital on December 18

Addressing the second Kuala Lumpur Summit Ministerial Meeting in the Qatari capital, the minister said that the challenges of governance, development, climate change, terrorism and rising Islamophobia, warranted an integrated and comprehensive response.

The ministerial meeting comprising Pakistan, Indonesia, Turkey, Qatar and the host, Malaysia, are participating in Doha, precedes the main summit to be held in Kuala Lumpur from December 18 to 21 on the call of Malaysia.

The seven areas of focus of the summit are development and sovereignty; integrity and good governance; culture and identity; justice and freedom; peace, security and defence, trade and investment and technology and internet governance.

The foreign minister said with juggernaut of globalisation, causing a civilisational and cultural erosion, it was imperative for the Muslim world to tread a cautious path. “We must not only make sure that we are not left behind but are able to preserve our unique civilisational identity, cultural personality and national sovereignty,” he said.
Qureshi said Indonesia, Malaysia, Pakistan, Qatar, Iran and Turkey collectively accounted for about 50% of the total GDP, 37% each of natural gas production and population, and 18% of the total area of the Muslim world.

For the nations situated in close proximity to the strategic maritime points of the world – namely the Straits of Malacca, Gulf of Oman, Strait of Hormuz, and the Bosphorus, there existed an immense potential for collective development and shared prosperity, he said.

“We must have the requisite political and diplomatic space to enhance beneficial cooperation among us for socioeconomic development,” Qureshi said. He added Pakistan was working on proposals for cooperation within the KL Summit framework in the fields of trade, tourism, Islamic banking, food security, higher education, science and technology, and women empowerment.

While charting the future course of the KL Summit or ‘Perdana Dialogue for Civilisation’, he stressed the need for being mindful of the perceptions and perspectives of the partners inside and outside of the Muslim world.

Qureshi endorsed the statement of Malaysian Prime Minister Dr Mahathir Mohamad that “we are not here to challenge any existing organisation or directing our cooperation against any third party”. The ‘Perdana Dialogue’, he said would not just be a think-tank or a forum for discussions, but would also allow the participating countries to undertake concrete projects for collaboration.

He expressed the confidence that sharing of experiences, knowledge and resources would help the participating counties in achieving the targets of socio-economic and cultural development, driven by innovation and technology in a peaceful and secure environment.

“We have to create a knowledge-seeking culture for our youth, who are going to be the future leaders, at all levels,” the foreign minister added.