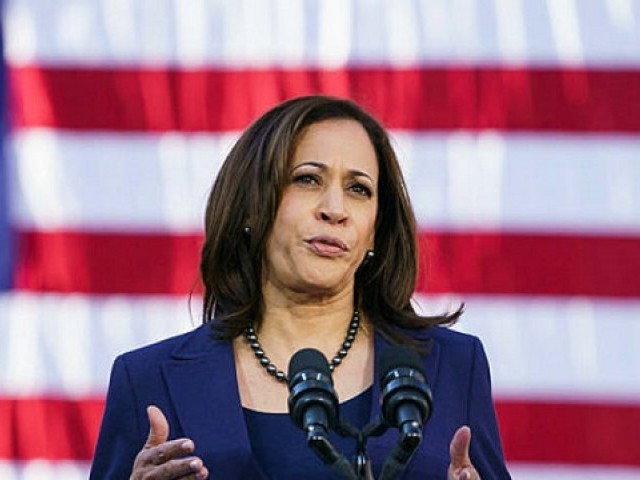 WASHINGTON DC: First-term US Senator Kamala Harris of California on Tuesday will end her 2020 presidential campaign after failing to garner support in key states despite an early rise in the polls, according to a campaign source.

Harris will make her withdraw official on Tuesday, the campaign aide said, speaking on condition of anonymity.

Harris, 55, positioned herself as a unifying candidate who could energise the party’s base of young, diverse progressives while also appealing to more moderate voters.

Yet after climbing into double digits in opinion polls following a strong debate performance in June, Harris slid out of the top tier in recent months and lags behind leading candidates’ fundraising hauls.

The senator from California’s departure from the race is the first of a top-tier candidate from the crowded nominating contest.

Harris entered the race as an immediate front-runner but then struggled to maintain support, which critics said was fueled by her inability to articulate policy positions and the backlash of an attempt to attack rival former Vice President Joe Biden.