Says court under heavy burden to assure each party they will be dealt with fairly­
By ​ Our Correspondent
Published: December 3, 2019
Tweet Email 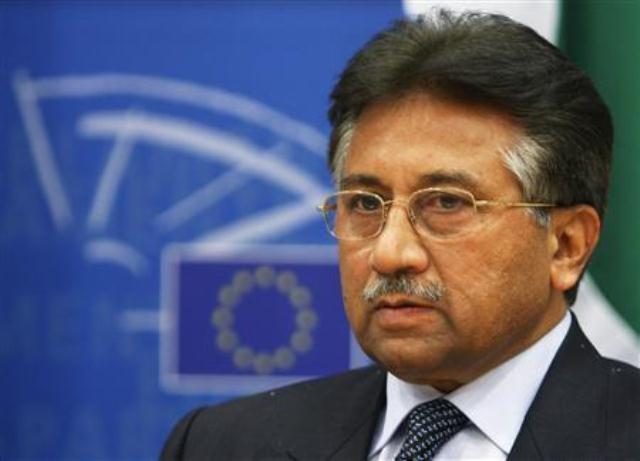 ISLAMABAD: The Islamabad High Court (IHC) has said the court is ‘burdened’ with the responsibility to hold a high treason trial in a way that is manifestly seen as fair by all parties, including the accused, as such case carries capital punishment.

The IHC three-judge bench — which on November 27 stopped a Special Court from unveiling its order in a high treason case against Gen (retd) Musharraf — issued its 24-page detailed order on Tuesday.

The bench, headed by Chief Justice Athar Minallah, last week passed a short order to stay proceedings of the Special Court after hearing a petition filed by the interior ministry, which is prosecution in the treason case.

The Special Court on November 19 rejected the interior ministry’s request for more time to notify a prosecution team to wrap up the trial initiated by the former PML-N government in 2013.

The Special Court had also rejected a request from Musharraf’s attorney who sought adjournment while announcing that it would hand down its verdict in the absence of the ailing former military ruler, who had flown to the UAE in May 2016 for ‘treatment’ and has not returned since.

The IHC detailed order penned by Justice Athar Minallah said the federal government, instead of filing a complaint relating to subversion of the Constitution on October 12, 1999, chose to initiate proceedings for Musharraf’s Nov 3, 2007 offence of high treason relating to actions targeting the judiciary.

The court noted that actions taken by Gen Musharraf on November 3 had already been declared as mala fide and unconstitutional by the Supreme Court.

“The foregoing reasons make the trial and the grievances in hand as unique and exceptional and thus placing a heavy burden to assure each party to the trial that they will be dealt with in a fair manner, having regard to the cardinal principles of due process and the right to a fair trial,” it said.

It said the petitions in hand had given rise to a “unique, extra ordinary and unprecedented situation.”

The court noted that in a criminal trial the two most important parties are the accused and the prosecution, although the general public is also an important stakeholder.

“It is not the accused alone who has to be assured of the fairness of a fair trial but the prosecution must have the same confidence. The principles of fair trial must be seen as promoting the principles of ‘equating arms on both sides’.

“There must be a fair balance between the opportunities given to both the sides. It is equally important that every party to a trial has equal access to justice. The principle of equality of arms ensures that neither side ought to be procedurally disadvantaged,” it added.

The judgment said the right to a fair and proper trial is equally important for the prosecution as well.

It said in a trial relating to the constitutional offence of high treason, it is an even more onerous task to demonstrably assure an accused of fairness because at the end the latter could be exposed to the sentence of death.

“Preserving the integrity of the process that delivers a fair trial is equally important,” it added.