Silver lining in this whole episod­e is the depart­ure from the practi­ce that Army Act cannot be called into questi­on
By Syed Akhtar Ali Shah
Published: December 4, 2019
Tweet Email 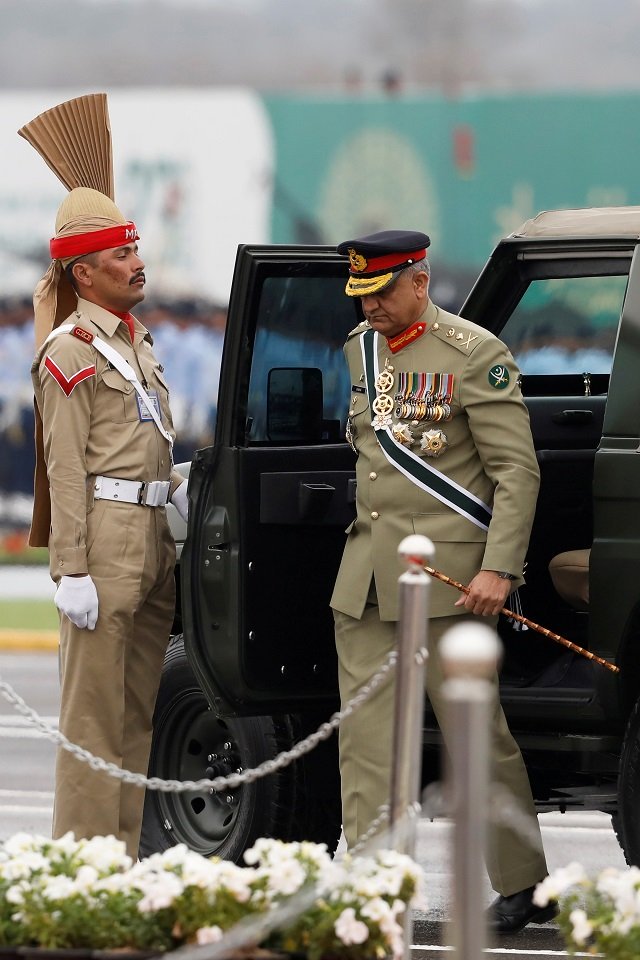 Hopes were raised to a very high level by the Honourable Supreme Court when it admitted the case of the extension of the army chief’s tenure and created a perception that the country would finally be back on the road of the rule of law. The final judgment, however, took everyone back to the real world from their dreamland as it provided a face-saving solution by allowing an extension for six months under a law which doesn’t even exist. It seems that the doctrine of necessity has made a permanent abode in our jurisprudence ever since Justice Munir enunciated it decades ago.

The judgment has once again reinvigorated the debate on the rule of law in our country. Right from the beginning, barring a very few exceptions, the laws including the supreme law had been tailored, used and interpreted to suit either powerful indivuals or the ruling elite. The mechanisation and manoeuvring of governor-general Ghulam Muhammad and president Iskander Mirza in disbanding assemblies and sending prime ministers home is a sad saga in our constitutional history. They all brazenly refused the majority of East Pakistan and marginalised it with the contrivance of One Unit and the formula of parity to keep the rule of the elite, comprising the feudals of Punjab and civil-military bureaucracy, intact. The slogan of national solidarity was always a good ploy to mask real intentions. Even then, with a heavy heart, the 1956 Constitution was promulgated to run the affairs of the country. The Constitution, however, could hardly survive two years before the same ruling elite imposed the martial law. As students of history we all know that genuine democracy was never allowed to take roots since then.

In this context, history tells us that in Pakistan the issue of the extension of the army chief’s tenure is not a new one. Soon after taking over as governor-general in 1955, Mirza reappointed General Ayub Khan as commander-in-chief for a second five-year term and the practice continued. On assumption of power, Ayub appointed himself as field martial in order to remain attached with the army. General Yahya could not cling to the office for long due to the Fall of Dhakka. General Zia also did not remove his uniform as he very well knew that the power flowed from there. General Musharaf had no other option but to step down as army chief after serving for about nine years, apparently due to pressure from his own institution. Many of the successive prime ministers in their brief periods tried in vain to reassert political control over the increasing martial polity. Even their two-thirds majority could not give them strength against the stick whenever they got embroiled in a tussle.

The Supreme Court, despite being the custodian of the Constitution, has often acted on the side of the powerful. The judgments in the Moulvi Tamizuddin Case, Usif Patel Case, Dosso Case and Begum Nusrat Bhutto Case failed to ensure the rule of law in Pakistan. The casting shadows of those dictatorial rules still hover around. The doctrine of necessity was made use of in 1954 in a judgment wherein Justice Muhammad Munir validated the extra-constitutional use of emergency powers by the governor-general citing Bracton’s maxim, “that which is otherwise not lawful is made lawful by necessity”. The other theory used in Dosso’s case was Han Kelson’s theory of legal positivism wherein the Supreme Court held that the imposition of martial law was a kind of revolution (peaceful revolution) which is not resisted or opposed by the common people. They legitimised martial law by asserting that since people in general had not opposed it, it was not illegal and instead provided a new legal order. The superior judiciary has more or less chosen the same well-trodden path while dealing with subsequent cases.

In view of the recent judgment on the extension issue, the most asked question is: “If the extension is not valid for three years, how can it be allowed for six months?” Before a court of law, all citizens are neither above the law nor below the law and all acts have to be in accordance with the law. Articles 4 and 25 of the Constitution of Pakistan are very clear in this regard as they declare equal protection of law an inalienable right of every citizen of Pakistan. The judgment in the extension case seems to have not helped in discarding the perception that the courts take entirely different interpretations of law when dealing in such situations. The perception has been sharpened that the doctrine of necessity drives the conduct of the higher judiciary. The only silver lining in this whole episode is the departure from the practice that actions taken under the Army Act cannot be called into question in a court of law. To some extent, a mild beginning has been made that no person or institution is above the law and laws are not tailored for an individual. One can hope for a better tomorrow if the legal fraternity remains watchful and assertive.

Bureaucratic reforms: learning from the army