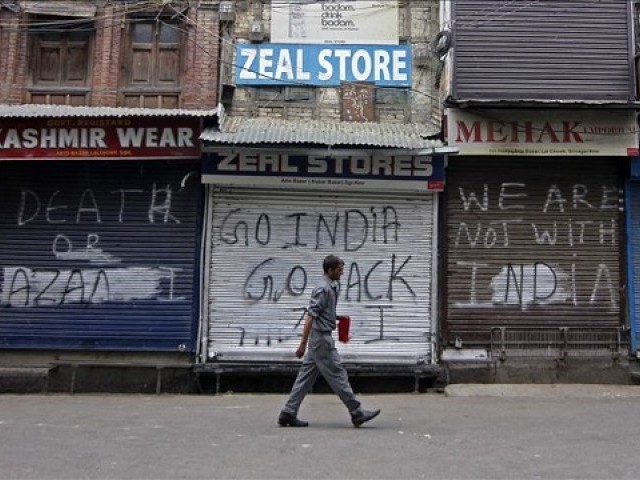 The Pakistan-India relations, apart from brief interludes, have remained fairly antagonistic. The memories of the 1965 and 1971 wars and major skirmishes especially Kargil are still fresh in the minds of many. But what we are witnessing now is clearly one of the worst periods in our history of 72 years. The unilateral and brazen annexation of India-Occupied Kashmir (IOK) has added a dangerous dimension to this relationship. To maintain the psychological pressure and keep Pakistan on the defensive, Indian Defence Minister Rajnath Singh has made highly provocative statements that Azad Kashmir could be sliced off like erstwhile East Pakistan was. The same minister on another occasion said that India could abandon the policy of no first-use. External Affairs Minister Jaishankar went further stating that Azad Kashmir and the Northern Areas are part of India and should come under India’s physical jurisdiction.

This is a clear reflection of Prime Minister Modi and his entire government’s intense belligerence toward Pakistan. Surely, these ministers couldn’t be ratcheting up the rhetoric without the blessing of PM Modi, indicating India’s designs toward Pakistan. These statements are a part of psychological and fourth generation warfare to keep pressure on Pakistan and to convey that there is more to follow.

What are the implications of this intense hostility and deliberate breakdown of all communications between two nuclear-armed neighbours?

Pakistan has invested heavily in political and emotional terms in Kashmir since its inception and paid a heavy price for its commitment and is not going to give up. Even on its own, the uprising has reached a stage where, for Kashmiris, independence and self-respect matters more than preserving one’s life. Their sources of income have dried up as business activity has practically ceased and tourism, which was the mainstay of family income for the majority, has suffered an incalculable loss. As history bears witness when movements reach that stage, crushing them only ignites further resolve.

PM Modi — realising that Pakistan is currently facing political uncertainty, its economy is passing through a difficult phase and does not enjoy the support of any major powers apart from China — thought it was an opportune time to settle the Kashmir issue unilaterally. Probably, he was encouraged by Israel’s annexation of Palestine, although the two are not comparable. Saudi Arabia, the UAE and other Middle Eastern countries are more concerned with the growing power of Iran and would rather align with Israel than support the cause of Palestine. In sharp contrast, Kashmir signifies and symbolises much more to Pakistan.

Any misadventure on the part of India against Azad Kashmir by making false allegations will be treated as an attack on Pakistan and robustly defended.

The firing by Indian troops on the Line of Control continues unabated and there are casualties of military personnel and civilians living close to the border. This further aggravates tension and there is a danger of miscalculation on either side with serious consequences.

For Kashmiris, it has been 120 days of a total lockout. Both governments have withdrawn high commissioners from the other country and there is hardly any contact at the official level. With tensions running high it is unlikely that Pakistan would send back its high commissioner in the near future. Pakistan would expect it should be India as it created the mega crisis and India’s contention could be that Pakistan first withdrew the HC so it should act first. Thus, which country would take that first step remains an enigma.

Although if one recalls, the United States and Soviet Union, even during the worst periods of tension, kept their ambassadors in place and they were a means of reliable communication between the governments. Although detractors could argue the situation here is different.

Despite Pakistan’s unequivocal and across-the-board support for Kashmir, there is a feeling in certain quarters within Kashmiri Muslims that it is not doing enough. This is not a fair assessment as Pakistan’s government and civil society can only go that far for it has to protect the interests of its own country. In fact, it could be argued that Pakistan has invested heavily in Kashmir even foregoing its own interests.

Not to give India any opportunity to divert attention from its atrocities, Pakistan has ensured that Kashmir-focused militant groups Lashkar-e-Tayyaba and Jaish-e-Mohammad are banned and that they do not have any training camps or operate from Pakistan. This action is not only to comply with its international and FATF obligations but is equally in its own and Kashmiri interests. This would also prevent India from shielding its atrocities by blaming these outfits.

Moreover, the Kashmiris are waging a peaceful freedom struggle so valiantly that they do not need any support of these groups.

The opening of the Kartarpur Corridor to facilitate the Sikh pilgrims has come under criticism for giving concessions while Indian hostility remains unabated.

At the international level, human rights organisations and the Western media have raised their deep concern. The Security Council considered the volatile situation in Kashmir this past August for the first time since 1965. It was encouraging but not sufficient. In any case, India since 1948 and up to 1965 has all along flouted several UNSC resolutions that demanded action on its part. To assume it would have complied with, in the unlikely event that a similar resolution was passed, would be expecting too much.

Earlier, President Trump had shown interest in playing a role in reducing tensions between India and Pakistan. His heavy preoccupation with the impeachment hearings has pushed the India-Pakistan crisis to the backburner. In any case to expect the United States would take a position contrary to India’s wishes was far-fetched.

India’s economy is already facing a downward trend and its GDP growth has dropped to 4.5%, exactly half of where it stood three years ago. Diverting attention from the growing predicament in Kashmir and covering up these negative trends appear to be major factors in keeping pressure against Pakistan.