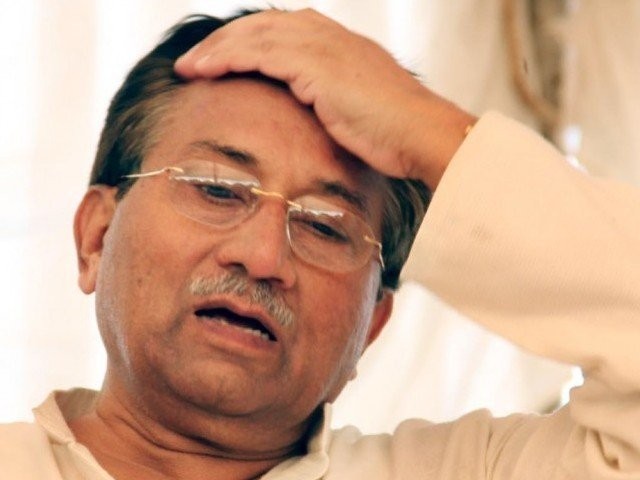 LAHORE: The Lahore High Court (LHC) on Tuesday ordered the federal government to submit the record of the high-treason case against former military ruler Gen (retd) Pervez Musharraf by December 10.

The record includes details about the formation of a special court, which Musharraf’s lawyer claims, illegally conducted his client’s trial.

Justice Naqvi asked Reza Bashir — the government lawyer – if he had brought the record of Musharraf’s case. Bashir responded that he was unable to obtain the record as the case was still pending in the Islamabad High Court (IHC).

Musharraf’s counsel Muhammad Azhar Siddique contended that the complaint against Musharraf had to be filed by the federal government. Instead, it was filed on the directives of former prime minister Nawaz Sharif.

He added that the prosecution team was formed on Nawaz’s directives instead of the federal government.

“The special court had to be formed with the approval of the cabinet, but it was formed on the directives of the former prime minister,” he told the court.

“The legal formalities in Article 10-A were not adopted. This was not only against the dictum of the due process of law but also the basic principles of natural justice.”

Musharraf’s counsel further argued that the proceedings carried out in pursuance of the complaint were also in violation of Sections 4, 5 and 11 of the Criminal Law Amendment Act 1976.

Justice Syed Mazhar Ali Akbar Naqvi inquired as to how could an act carried out in October 1999 make an act on November 3, 2007 fall under treason.

During the previous hearing, Justice Naqvi had questioned as to how Musharraf’s act in 2007 fell under treason.

Petitioner Pervez Musharraf, in his petition, had made a request to the LHC to stay the trial in absentia being conducted against him until he recuperates and appears before the court.

He maintained that owing to his deteriorating health, multiple life-threatening ailments and of his aged mother, he is unable to return to Pakistan ever since, despite having a strong desire to do so.

Last month, the government petitioned the IHC to set aside the November 19 order of a special court trying the former military ruler for “subverting the Constitution” in 2007.

The surprise move came on a day when the LHC took up a similar plea filed by Musharraf, asking his attorney to argue on the maintainability of his client’s petition. It is for the first time in Pakistan’s history that a former army chief has faced prosecution for high treason.

The three-judge special court – headed by Justice Waqar Ahmad Seth – had reserved its verdict on November 19 while rejecting the interior ministry’s request for more time to notify a new prosecution team to wrap up the case. It had also rejected a request from Musharraf’s counsel to adjourn hearings and noted that the defence could also submit its written arguments by November 26.

And a person found guilty of high treason as defined in Article 6 of the Constitution, shall be punishable with death or imprisonment for life.

Opposition will ‘only speak to PM’ on COAS extension law: Ahsan Iqbal