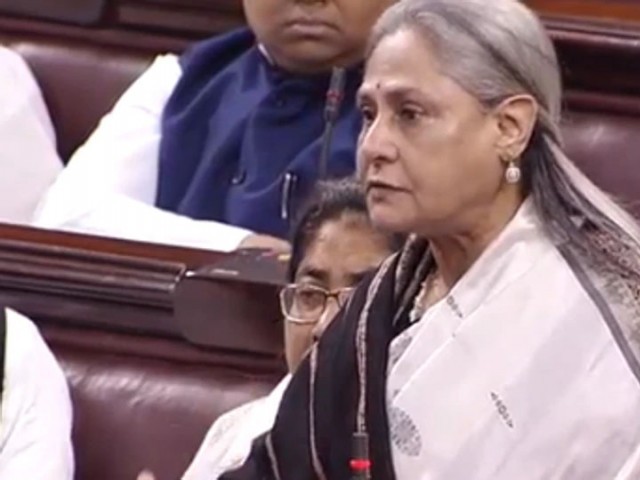 Bach. Indian parliamentarian Jaya Bachchan has called for those behind the brutal gang-rape, murder and mutilation of a 27-year-old vet in India’s Hyderabad to be “lynched in public”.

“I know it sounds harsh, but these kind of people should be brought out in public and lynched,” the actor-turned-lawmaker can be heard telling the Rajya Sabha, the upper house of Indian parliament, in an NDTV report that has since gone viral.

"Rapists should be brought out in public and lynched": Jaya Bachchan, Rajya Sabha MP #HyderabadHorror pic.twitter.com/IJrFORkj5m

However, her comment drew widespread condemnation on the micro-blogging site, with critics accusing it of being emotive instead of addressing systemic issues.

We are supposed to send educated people to the parliament. Instead of this emotional outpouring, how about saying let’s talk about speedy trials, more police in our streets, more electronic surveillance of our street. @JayaBachchan

So the common man should turn into a murderer because the law makers have no faith in the judiciary? Make everyone a criminal? WTF

One detractor even mentioned a list of sitting Indian MPs who are or have been accused of rape.

And the other day this pic was viral on the list of rape accused MPs of the ruling party! pic.twitter.com/DufjrxNRaM

Some even opined that the call for lynching was a reflection of the failure of the judicial system in a country where rape has become a recurring nightmare.

The latest incident sparked universal condemnation from across the political spectrum, with protests were held across India after the victim’s charred remains were found following her disappearance last week.

Police say they have arrested the four men who gang-raped and murdered the woman, reported the BBC.

Rape and violence against women remain at high levels despite widespread public anger over high-profile cases surfacing in the recent past.

On Monday, the anger on the streets was reflected in parliament with many MPs demanding to know what action the government planned to take to make the country safer for women.

Jaya, a former Bollywood actress who is very vocal on women’s rights issues, led the MPs in demanding justice for the victim.

“I think it is time… The people want the government to give a proper and definite answer,” she said.

Vijila Sathyananth, an MP from the southern state of Tamil Nadu, said the country was not safe for children and women and demanded that the “four men who committed this crime should be hanged before 31 December. Justice delayed is justice denied”.

Defence Minister Rajnath Singh said “this act has brought shame to the entire country, it has hurt everyone” and that he didn’t have appropriate words to “condemn this heinous crime”.

He said tougher laws that were introduced after the December 2012 gang-rape and murder of a young woman in Delhi had given hope that crimes against women would decline.

But since that had not happened, Mr Singh said, “the government is ready for a discussion in the parliament on the issue of crimes against women and willing to explore stringent provisions in laws to check such incidents”.

Prime Minister Narendra Modi has not yet commented on the case.

The woman had left home on her bike at about 6pm on November 27 to go to a doctor’s appointment.

She called her sister later to say that she had a flat tyre, and a lorry driver had offered to help. She said she was waiting near a toll plaza.

Her body was discovered under a flyover by a milkman the following day.

Under Indian law, a rape victim cannot be identified even after death.

However, her name became the top Twitter trend in the country for several hours as tens of thousands of angry users of the micro-blogging site demanded justice.

Her photographs have also been shared widely on social media by those demanding justice for her.

At a police station on the outskirts of Hyderabad on Saturday, thousands of people gathered to protest, insisting the culprits must face the death penalty.

Elsewhere in the country there were other protests and vigils for the victim.

Meanwhile family members of the victim have turned away visiting politicians and police officials, demanding action instead.

In the community of Shamshabad in Hyderabad, where she lived, residents locked the main gate and held placards saying: “No Media, No Police, No Outsiders – No sympathy, only action, justice.”

Three police officers have been suspended following allegations by the victim’s family that they had not acted quickly enough when the victim was reported missing.

Officers suggested she may have eloped, relatives told the National Commission for Women, a government body.

Rape and sexual violence against women have been in focus in India over the past few years but there has been no sign that anti-female violence is abating.