Turkey to oppose NATO plan if it fails to recognise terrorism threats: Erdogan

Turkey to oppose NATO plan if it fails to recognise terrorism threats: Erdogan

A Turkis­h securi­ty source says it has full veto rights within the allian­ce
By Reuters
Published: December 3, 2019
Tweet Email 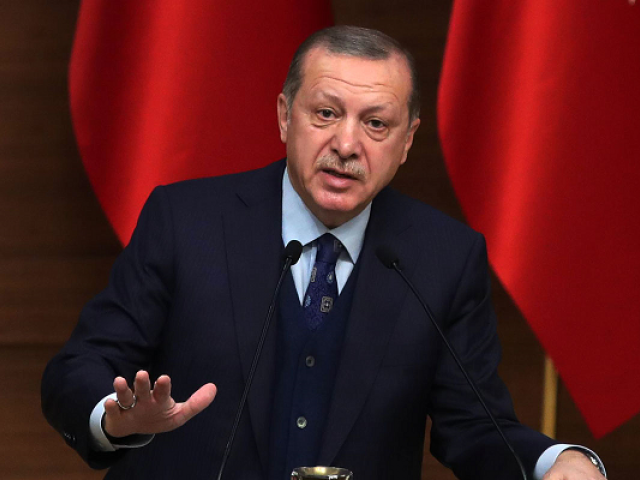 ISTANBUL: Turkey will oppose NATO’s plan for the defense of Baltic countries if the alliance does not recognise groups that Turkey deems terrorists, Turkish President Tayyip Erdogan said on Tuesday, ahead of a NATO alliance summit in London.

Relations between Turkey and its NATO allies have been strained over a host of issues, ranging from Ankara’s decision to procure Russian air defense systems to Syria policy. Several NATO members condemned Turkey’s decision to launch an offensive into northeastern Syria against the Kurdish YPG militia.

Ankara has refused to back a NATO defense plan for the Baltics and Poland until it receives more support for its battle with the YPG, which it views as a terrorist organisation.

Ahead of his departure from Ankara for the NATO summit, Erdogan said he had spoken to Polish President Andrzej Duda on the phone on Monday and had agreed to meet with him and the leaders of Baltic countries in London to discuss the issue.

A Turkish security source said on Monday that Turkey is not “blackmailing” NATO with its rejection of the plans and that it has full veto rights within the alliance.

Turkey, France, Germany and the United Kingdom are expected to hold a separate meeting on the sidelines of the NATO summit. Erdogan said they would mainly discuss Turkish plans to establish a safe zone in northeast Syria, which has until now been met with criticism from Ankara’s European allies.

Separately, Turkey has been at odds with Greece and Cyprus over ownership of offshore natural resources in the eastern Mediterranean. Erdogan said he will also meet with the Greek Prime Minister Kyriakos Mitsotakis in London.