It appear­s the self procla­imed model had a ball of a time with Kylie Jenner, Prince­ss Diana among others­
By Entertainment Desk
Published: December 3, 2019
Tweet Email 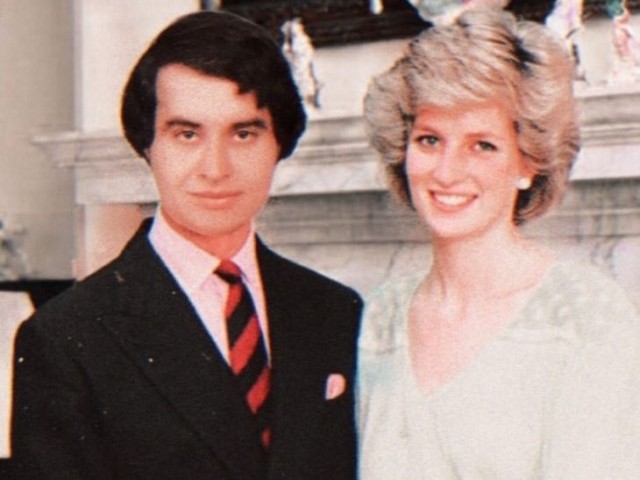 It appears that Nasir Khan Jan had a ball of a time in November as he uploaded several pictures with celebrities, politicians and the CEO of Facebook. Just when we thought we were living our lives to the fullest, Jan proved us wrong with his Photoshop skills and Twitter is having it.

The social media celebrity and self proclaimed model is known for his downright embarrassing humour, which sometimes becomes witty when people make fun of him. Regardless, he has earned a huge fan following after proving that his jokes are harmless, and standing against social injustice in his own manner.

Nevertheless, the online comedian who recreated superman by adding his face into the picture, has now made a collection of moments that never happened. Here are a few to lighten up your day

i am at Ilahore airport, i was going to London BUT i got stopped by officers and they told my name is in ECL, i just want to clear that me and Nawaz Shairf are just best friends, i am a non-political guy. Please pull out my name from ECL. pic.twitter.com/HkEYnz1Xzl

Jan with his former girlfriend

When I was in relationship pic.twitter.com/q5LImzP56u

Jan with Kylie: Also you can get a 98% discount on Kylie Cosmetics by using Jan’s promo code #NasirMeriJan

3 years ago, the moment when Kylie told her jeju Kanye West Kala about our relation, and this photo was taken right after first launch of Kylie Cosmetics.

And my fans, if you want to purchase any of kylie product Please use promo code #NasirMeriJan so you will get 98% discount. pic.twitter.com/33JDKfat3C

Last but not the least, Jan with Princess Diana