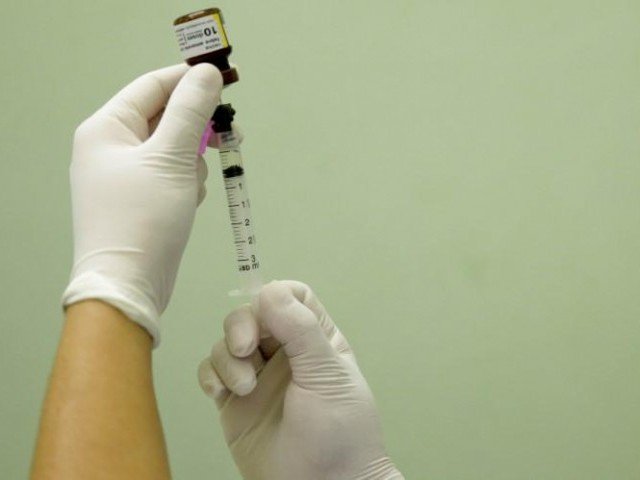 KARACHI: The on-going outbreak of a drug-resistant typhoid superbug has topped the health scare chart in Pakistan, triggering a series of global warnings and an extensive immunisation campaign at home.

Experts fear the drug-resistant superbug could spread globally, replacing all other strains of the disease.

“If not controlled, travellers from Pakistan would soon need proof of typhoid vaccination,” cautioned Secretary-General of the Pakistan Paediatrics Association, Dr. Khalid Shafi.

The spread of the extensively drug-resistant (XDR) strain of typhoid, which raised red flags in Karachi and Hyderabad, is still claiming new victims across much of Sindh. Not only that, the rising cases of typhoid in Pakistan triggered a World Health Organization warning and an international clarion call for prevention efforts, including one from the US government.

The increasing numbers of cases in Sindh have finally forced health authorities to act. In the latest drive, 78, 000, 00 children received the vaccination. And authorities plan to extend the drive into the first week of December.

“Pakistan is the first country to introduce the typhoid vaccine to its Expanded Program on Immunization (EPI),” said Project Director of EPI Sindh, Dr. Muhammad Akram Sultan. “We aim to vaccinate children between the age of 9 months and up to 15 years,” Sultan added.

In 2018, the WHO issued its formal recommendation in support of typhoid conjugate vaccine introduction. Subsequently, Gavi, a public-private global health partnership working to increase access to immunisation, earmarked US$ 85 million to support eligible countries with the introduction of typhoid conjugate vaccines into their routine immunisation programmes. Pakistan is on the list of recipients.

While the WHO has lauded Pakistan’s efforts to prevent the spread of typhiod, the global community is increasingly alarmed about the possibility of Pakistan becoming the hub for typhoid, just like it was for polio up until a few years ago.

According to the WHO, Pakistan’s current drug-resistant outbreak of typhoid, which has infected people across much of Sindh, is the first-ever reported outbreak of typhoid resistant to the drug ceftriazone, the standard treatment in many parts of the world. This makes it challenging to treat the strain.

Recently, some travellers from Pakistan were found to be infected. “The country is in the grip of a new strain of typhoid,” said the head of the National Institute of Child Health, Prof. Jamal Raza. “The strain is resistant to the existing line up of drugs. That is alarming,” cautioned Raza.

According to the Global Burden of Disease study estimates, there were nearly 11 million typhoid cases and more than 116 000 typhoid deaths worldwide in 2017. And if left unchecked, experts believe typhoid has the potential of spreading like the polio virus.