Insist­s stakeh­olders should be taken on board before framin­g any policy­
By APP
Published: December 3, 2019
Tweet Email 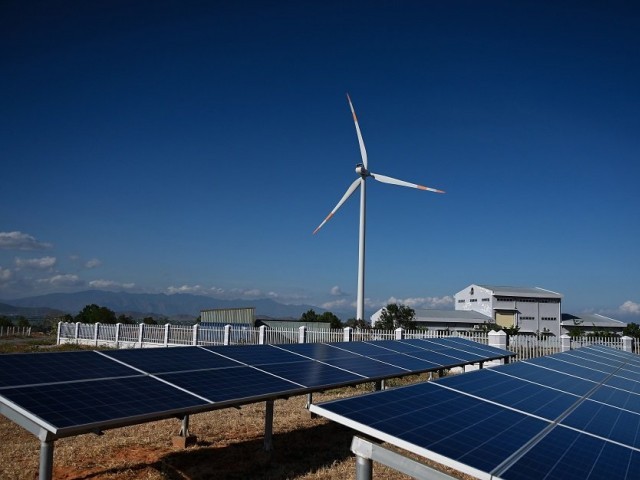 ISLAMABAD: The promotion of cheap and clean electricity from renewable resources is the vision of the government, said Leader of the House in Senate Syed Shibli Faraz.

Chairing a meeting of the sub-committee of Senate Standing Committee on Power on Monday, he stressed that there was a dire need to devise a comprehensive strategy in that regard while keeping in view the country’s energy requirement. He was of the view that Pakistan’s energy requirement could be fulfilled by utilising the latest technology.

“However, it is the need of the hour to devise a proper mechanism for getting clean and cheap electricity,” he added. “Government has approved many renewable energy projects which will have a positive impact on the national economy.” The sub-committee was briefed on the steps taken by the government for generating clean energy through renewable sources.

Solar – the untapped potential in Pakistan

Faraz recalled that in the past no proper attention was given to renewable energy but now the government was prioritising clean energy generation through renewable sources. He stressed the need for taking all stakeholders on board before framing any policy.

Senator Nauman Wazir underlined the need for upgrading the power transmission system in the country. The meeting was also attended by Senator Sirajul Haq and the National Electric Power Regulatory Authority chairman.