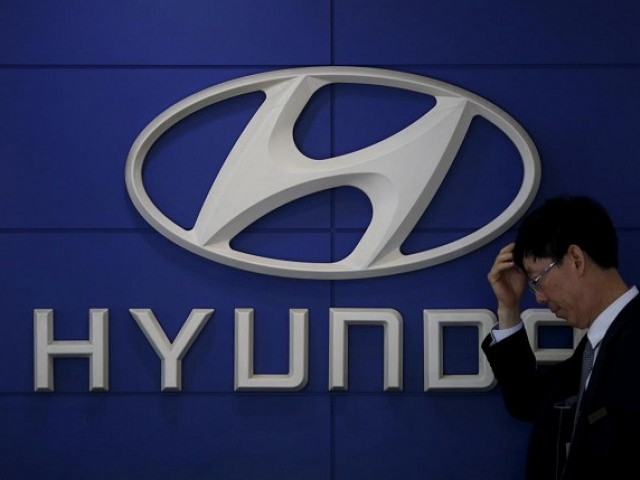 LAHORE: In a positive development for the troubled auto sector of Pakistan, the Hyundai-Nishat joint venture rolled out its first commercial vehicle – Hyundai Porter H 100 – on Monday.

“The local market was eagerly waiting for this commercial vehicle, so we decided to launch this variant in the first go out of the four planned variants intended to be launched by June 2021,” Hyundai-Nishat Motors Private Limited Sales and Marketing General Manager Ibad Jamal told The Express Tribune on the sidelines of the launch ceremony. Before its disappearance from the local market, Shehzore, as per Jamal, was enjoying 50% of market share in the commercial vehicle category.

“With the launch of this variant, we intend to regain the same market share since a huge gap already exists,” he said, adding, “We will try to localise as many parts as possible for this variant to keep it price-compliant.” Currently, approximately 20% of its parts are local, he revealed.

Following the introduction of the Auto Industry Development Policy 2016-21, the company established its manufacturing facility in the M3 Industrial City, Faisalabad with an initial investment of $150 million in 2017, which gave incentives to the new entrants.

The company is planning to invest more than $230 million to enhance its production capacity to 30,000 units from 15,000 units per annum by 2023. Company officials said they had to be price-compliant by June 2021 to remain alive in the market. “The localisation component is important and we will keep on increasing this share by 45% in the next five years to remain competitive.”

Jamal said within six months, the company would introduce a Sports Utility Vehicle (SUV), Tuscon, which would be assembled in Pakistan with 10-15% localisation in the first go. The SUV will give tough competition to Kia Sportage. “Out of the four planned launches by June 2021, only one variant is commercial whereas the remaining three will fall under the passengers’ category,” Jamal added.

Talking about the overall scenario of the domestic auto market, he said that things were likely to improve by June next year. “We observe a 24% decline in auto sales in the first 10 months of this calendar year, but keeping in view the overall economic scenario of the country this drop is not that huge,” he said, adding that the government should not introduce another policy till maturity of the existing policy, since new players had invested millions of dollars to create new manufacturing facilities in Pakistan.

Talking about the intention of the government to introduce electric vehicles, Jamal said it was not the right time to introduce such a policy.

“We welcome this initiative, but the timing is not right, we have invested heavily in this plant and are still unaware if the government will allow existing manufacturers to add another line to the same manufacturing facility or they will have to make separate arrangements for electric vehicles,” he added.