Touris­m is a major source of income which suffer­ed a downtu­rn in 2016-2017 after a coup attemp­t
By Reuters
Published: December 2, 2019
Tweet Email 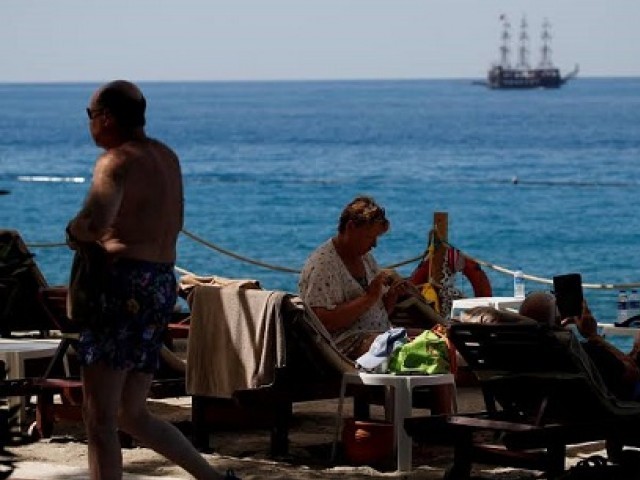 ISTANBUL: Turkey’s tourism industry, a key pillar of the economy, could struggle to reach visitor and revenue targets in coming years after two new taxes come into force and sharp increases in costs continue to pressure businesses, tourism companies say.

Costs, which the industry says surged 35% last year, as well as the new taxes that will be reflected in prices could cause Turkey to lose customers to other Mediterranean countries.

Tourism is a major source of income for Turkey. It suffered a downturn in 2016-2017 after a coup attempt and a dispute with Russia, but returned to some 40 million tourists last year.

The government launched a tourism strategy in September that includes a 150% hike in tourism advertising funds to $180 million in 2020. A large part of that will be paid by tourism companies to the newly founded Tourism Promotion and Development Agency. Hotels will pay 0.75% of their total revenues.

In addition to that, Turkey also passed tax regulations this year introducing an accommodation tax, to be set at 1% until end-2020 and later be increased to 2%.

Armada International Hoteliers Chairman Kasim Zoto said increases in food, alcohol, natural gas and electricity prices have already resulted in a 35-40 per cent rise in total input costs and will result in higher prices for customers.

“Turkey is a price-sensitive destination. Every 1 euro increase in prices lessens chances of sales in Turkey’s tourism sector,” he said.

Data published by the Hotel Association of Turkey (TUROB) showed that the average daily rates in Istanbul are 91 euros, rising to 98 euros in the southern province of Antalya, while they are 142 euros in Athens, 151 euros in Milan and 150 euros in Barcelona – all of which are Turkey’s competitors.

Turkey aims to reach 75 million tourists and $65 billion in revenues in 2023, but TUROB said it may miss its targets due to the new costs after just having recovered its competitiveness following the downturn in previous years.